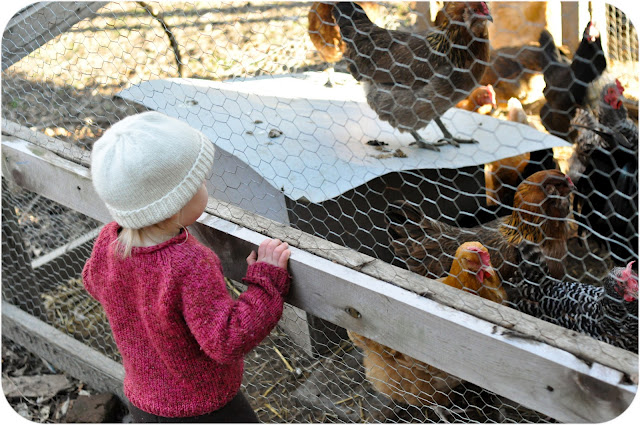 We are more than a year and a half into our chicken adventure.  We’ve learned a lot, had a lot of fun, and washed lots of chicken poo from our walkways and porches.  For some crazy reason I am thinking we need to order at least a few new chicks this year, and we will most likely let at least one of our hens raise a little clutch of chicks too. 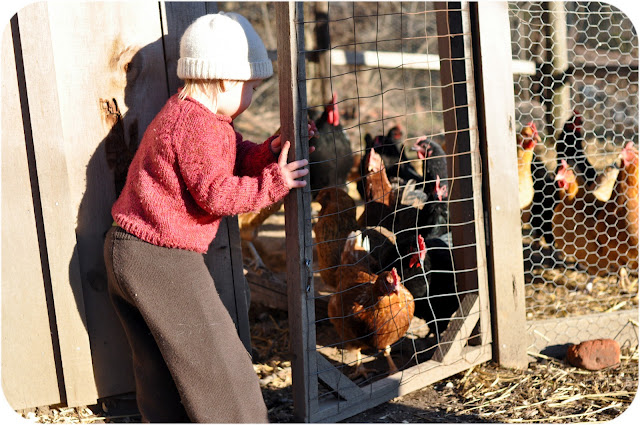 On this particular day, Beatrix wanted to be the one to release the chickens from their run.  There’s always a bit of a stampede, but it seemed harmless enough.  I am sure this wasn’t the first time Bea’s let them out, just the first time I was there with my camera. 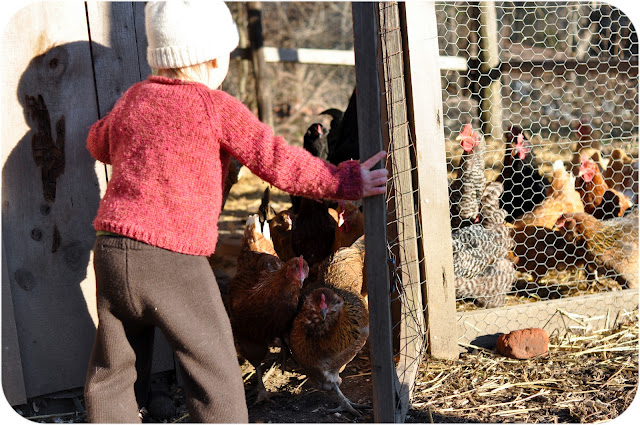 If you look just above Bea’s right forearm, you can see a black chicken head poking up.  That’s one of the chicks that hatched last May.  It’s an Ameraucana/Black Australorp cross and is very pretty, but very wild. 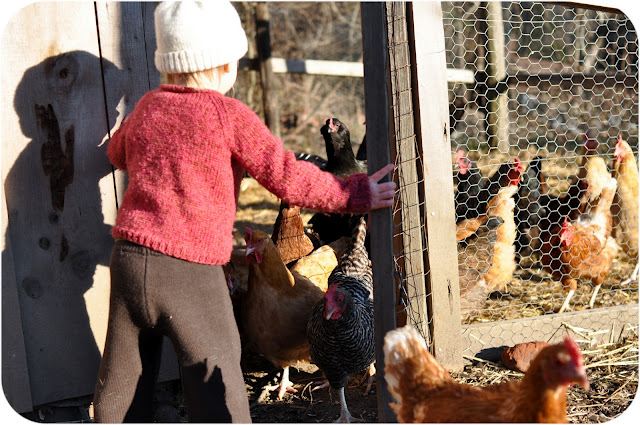 She’s craning her neck now, peeking over the other chickens at Beatrix. 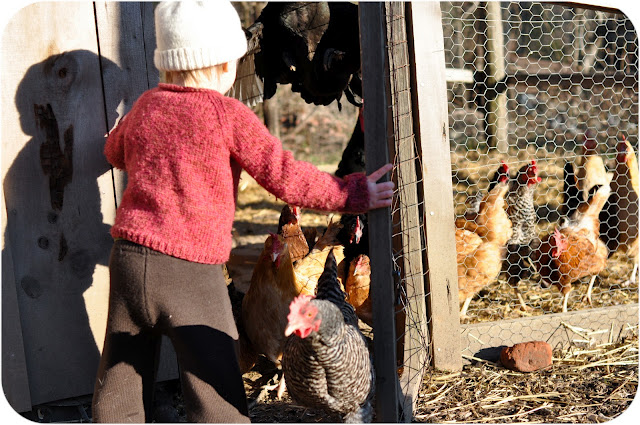 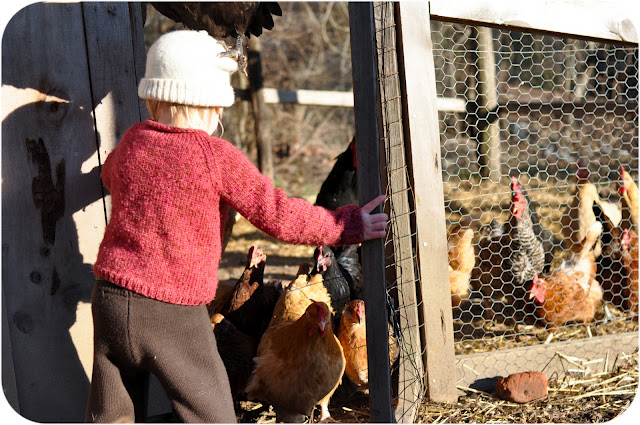 And now she is on Beatrix’s head.  Thankfully Bea didn’t even get a scratch, but she did have a good scare and a good cry afterward.  I guess I won’t let her be in charge of letting the chickens out anymore. 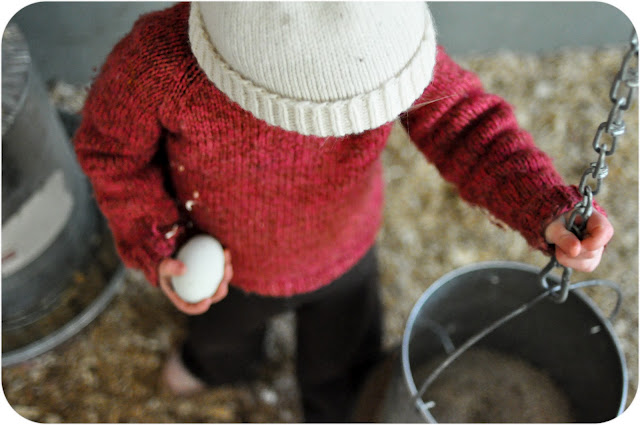 But she can still gather eggs. 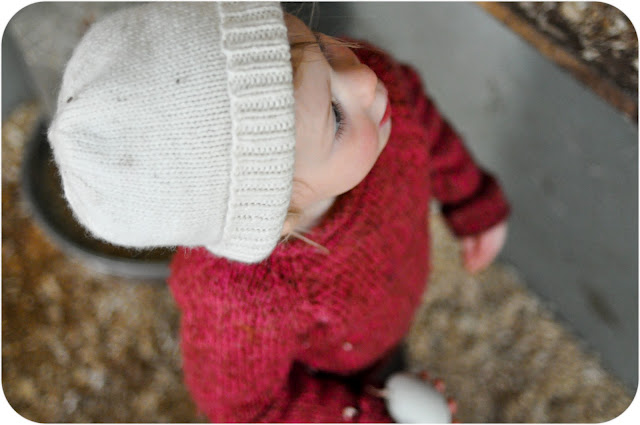 Well, one egg at a time. 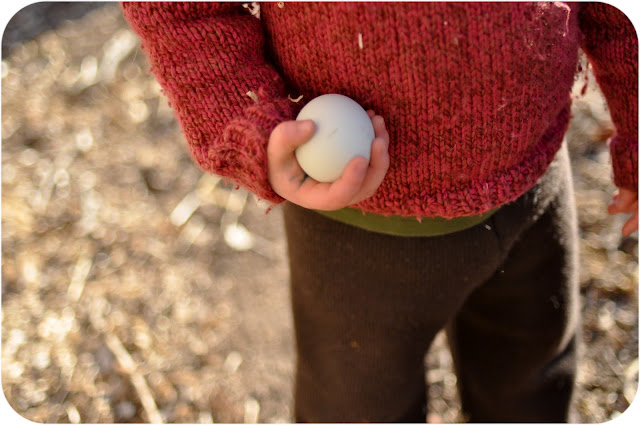 I believe this was her first time to collect an egg, 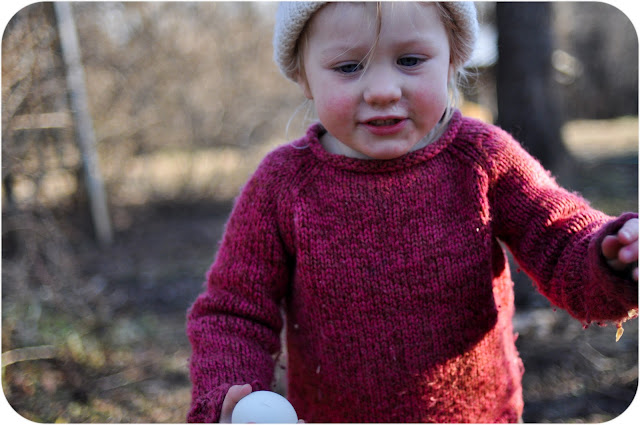 and make it all the way to the house without breaking it! 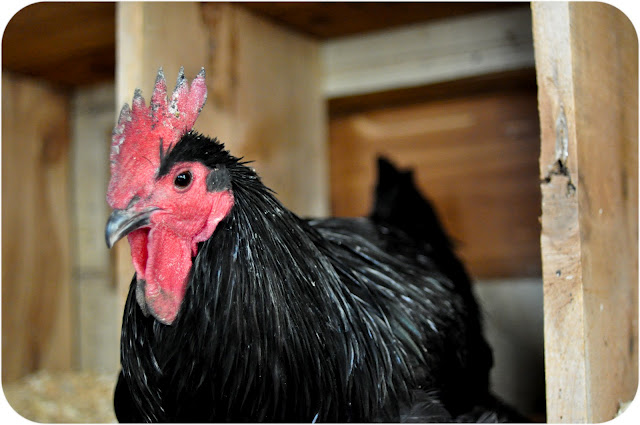 In other chicken news, Seth’s rooster, Tail Down, is suffering from rooster depression.  I thought that with more than twenty hens, we could support two roosters happily, but I was wrong. 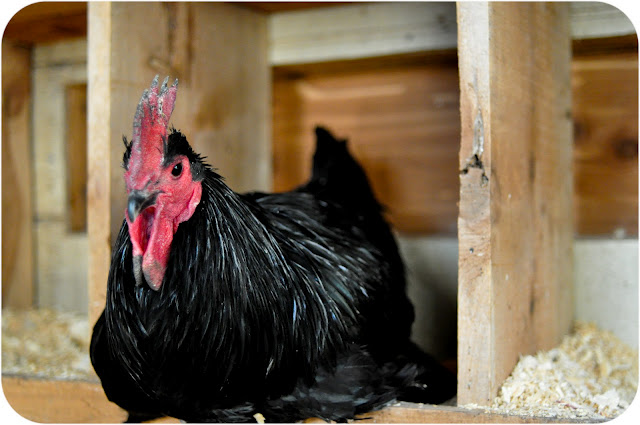 Our other rooster, Gimp (these names were not my idea, by the way) has established himself as head bird and now poor Tail Down spends most of his time alone.  When the other chickens leave the coop, he stays behind, sitting in a nest box, waiting until the others are long gone before he ventures out.  He is tired of being bullied and bitten and beat up.  He no longer crows or attempts to mate. 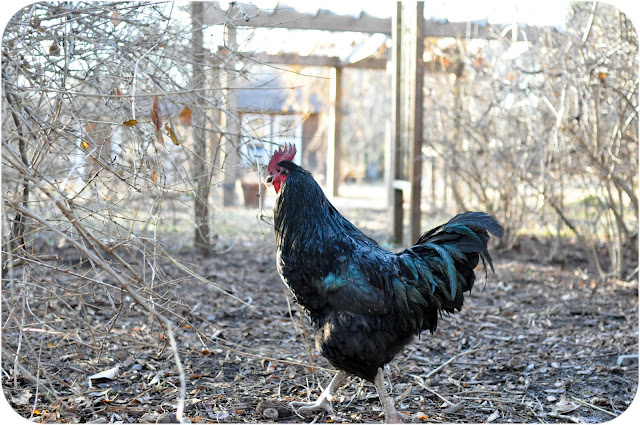 He spends most of his time off by himself probably always watching over his shoulder for Gimp.  We all feel really bad for him, and are trying to come up with a solution.  My first thought was that we should find a new home for Gimp, since Tail Down is Seth’s favorite rooster.  Neither rooster is aggressive, but Seth long ago deemed Tail Down his pet. 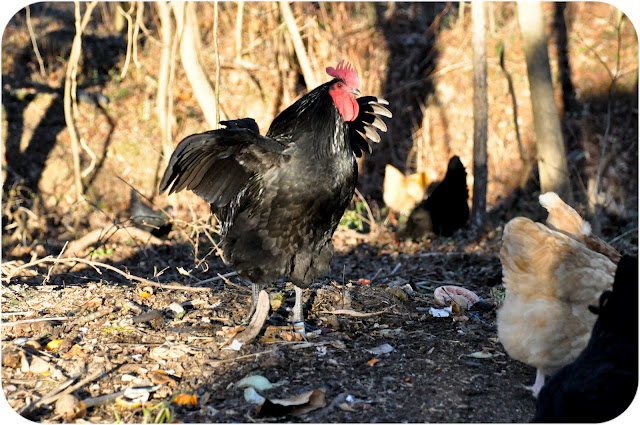 Here’s Gimp, the head rooster, hanging out with his ladies in the compost pile. 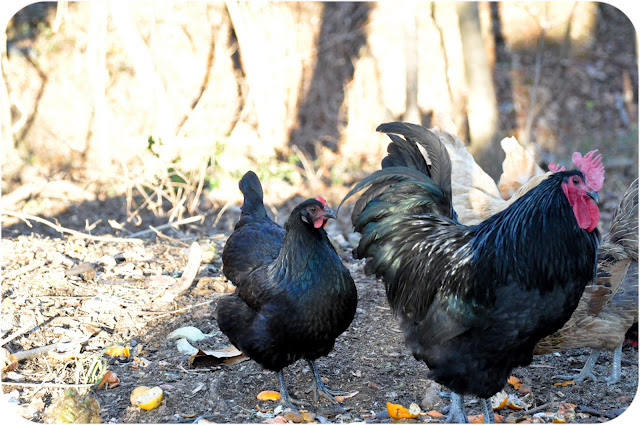 He’s a big beautiful bird.  The hen on the left is the other of our two chicks that hatched last summer.  Both of the chicks stick pretty close to Gimp. 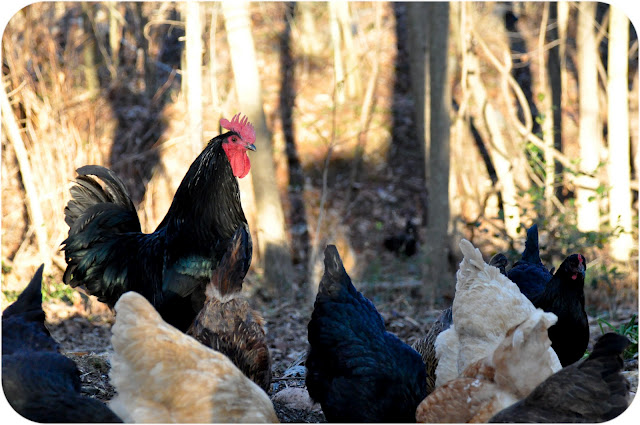 He really does a good job taking care of his flock, and has never been aggressive to any of the family, which is a far cry from a couple of roosters that had to move on after attacking the girls (and me!) one too many times.  While a chicken keeping friend laughingly suggested Viagra for Tail Down, we are thinking that maybe he’s the rooster who needs a new family.  It was actually Seth who brought it up today saying simply, “Maybe we need to find a new home for Tail Down.”  I think he’s right.  So I think we are going to start the not so easy task of finding a new home for our poor favorite Rooster, who never did any one a bit of harm.  I just can’t stand to see him living like an outsider, always afraid he’s going to be attacked.  He needs his own flock to care for. 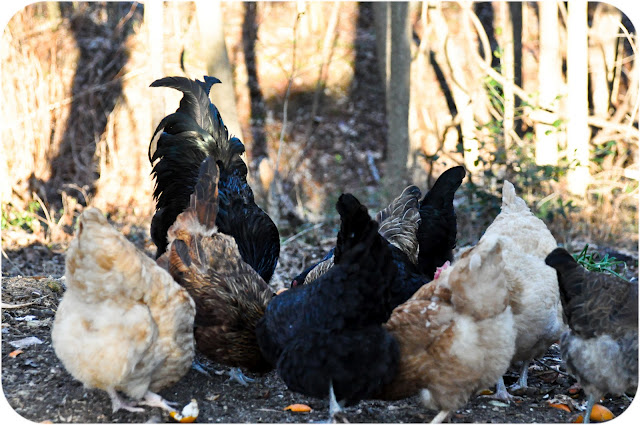 And that, I guess, is the end of this week’s chicken tales.