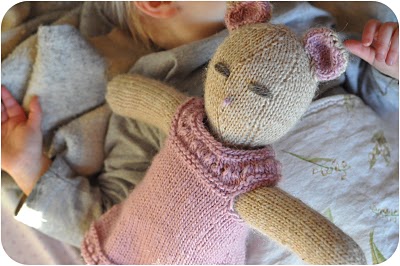 Since Bea received her I have heard her exclaim, “My mouf!” many times, including in the middle of the night when she wakes up!  I had a good time knitting this doll, my first project of this sort, and only wish I had done a better job.  There is a lot of laddering on the face.  I know how to prevent laddering, and don’t usually have a problem with it.  I think that maybe the Lamb’s Pride worsted yarn I used (rather than the recommended Lamb’s pride superwash) is just not super stretchy, making laddering more of an issue with it.  I don’t know if the superwash version is any better. 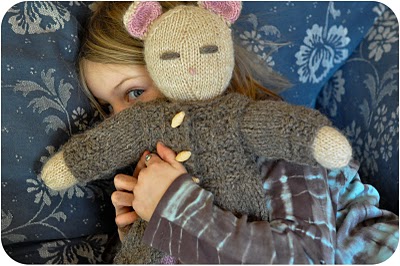 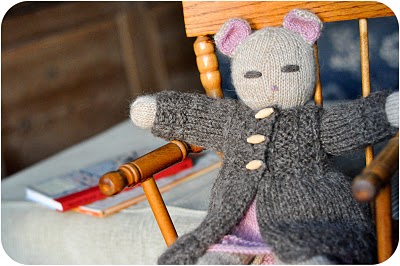 I used the Lamb’s pride for Phoebe and her dress, but used the same local Virginia bulky yarn for the sweater that I did when I knitted Beatrix’s matching sweater.  I ordered toggles from my new favorite US button factory again.  I stuffed Phoebe with wool, making her the coziest little mouse doll ever. 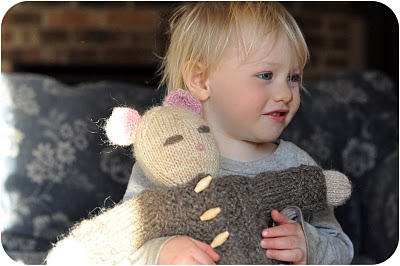 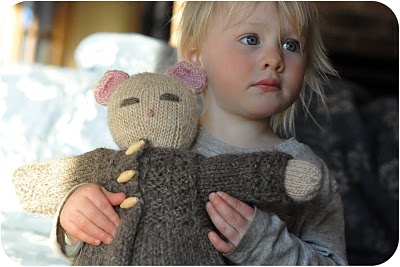 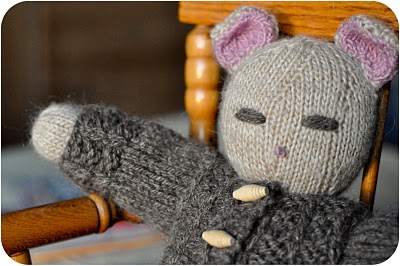 Her face was the hardest part!  I tried so many different faces on her, but didn’t like them and almost decided that she would remain faceless.  I finally settled on simple straight eyes and a little french knot nose (that I have had to replace once already, but that’s okay!) 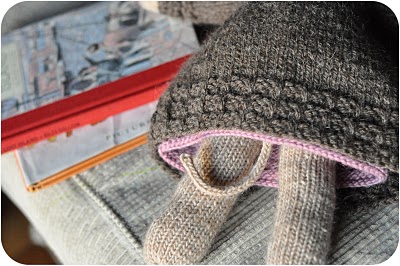 I think her tail is super cute, so had to show it to you as well.  It curls up just a bit on it’s own.  Beatrix pointed to her “bum bum” the other day asking where her tail was after tugging at Phoebe’s!
So that’s the “mouf,” and I am glad that I decided to make it for Bea since she loves it so much!