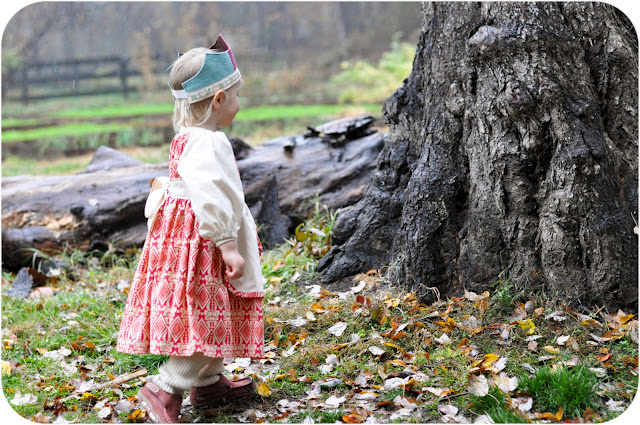 The birthday dress is a new tradition this year, as my sewing skills have only reached a place where sewing dresses is possible in the past year and a half or so.  And just so you know, those of you who don’t sew, but wish you could:  No, I did not grow up learning to sew alongside my sweet grandmother (but wouldn’t that have been nice!).  No, I haven’t taken sewing lessons.  YES, you can teach yourself to sew as I did if you have the motivation (and a sewing machine) and are willing to stay up past your bedtime, or can blow off a day of homeschooling to sew if you’ve waited until the last minute and the birthday is tomorrow!  I am clumsy and I struggled at first and still do.  I need Jonny’s help with patterns sometimes (I tell him that he’s an engineer and should be able to figure things out and usually he can), but even when things don’t turn out perfectly, I still end with a finished product that was made by me, and that counts for something! 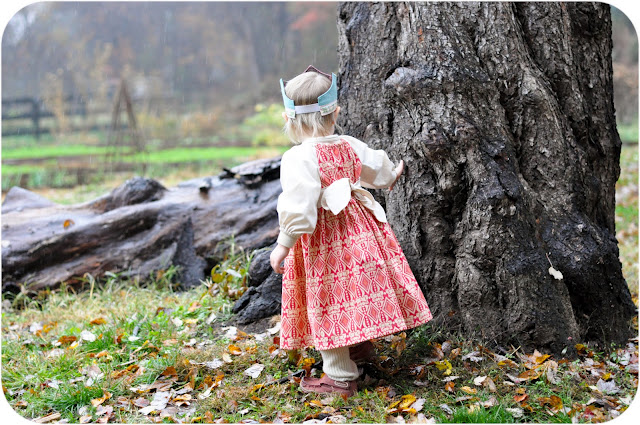 For Beatrix, my plan was to sew a blue dress. I wanted two blue fabrics that would compliment each other, and agonized over the few blues I had in my stash.  Then I decided that actually the dress had to be red, and I spent a lot of time searching for the “perfect” red fabrics online but couldn’t justify buying anything since I really had plenty of fabric in my stash.  At the last minute I noticed this red/dark pink fabric that I had purchased last summer because, well to tell the truth, I bought it because it was on a really good sale, and it was from Anna Maria Horner’s Good Folks line.  I had no plans for it, and probably shouldn’t have bought it (you know, just because it was on sale.)  But I am glad I did now! 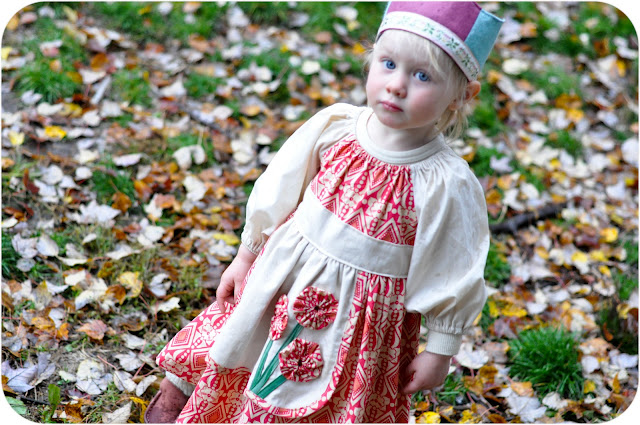 I paired the Anna Maria fabric with unbleached Kona muslin from JoAnn rather than trying to find a complimentary fabric and I like the simpler look.  I used Sandi Henderson’s Claire pattern for the dress, which I must say I really really like.  This is the only pattern I have of hers, but I have sewn several dresses using it and think she does a great job with her instructions, and also includes sizes from 6-12 months all the way to size 8, which makes them a good value if you trace your patterns as I always do.  I don’t see the pattern available in her shop right now, but I did find it in a couple of places on Etsy.  This is the apron dress from that pattern (one of four patterns included) and I lengthened the sleeves.  The dress is roomy enough that Beatrix can wear an undershirt in colder weather, as she is in these pictures (and little wool pants!) and still wear this through the winter months. 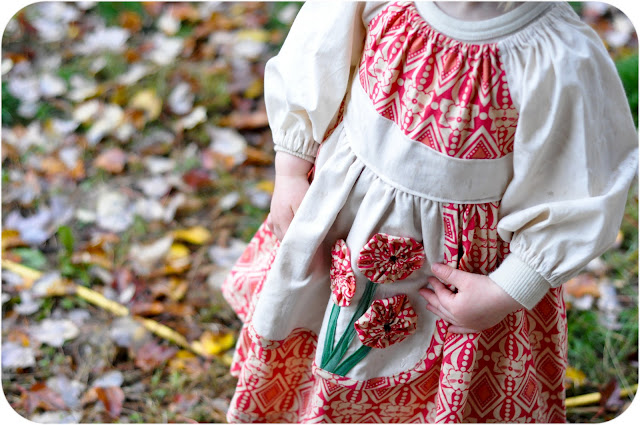 For the little fabric yo-yo flowers, which I had never made before, I followed this tutorial.  They are easy to sew!  Then I used some green fabric and topstitched some little green stems. 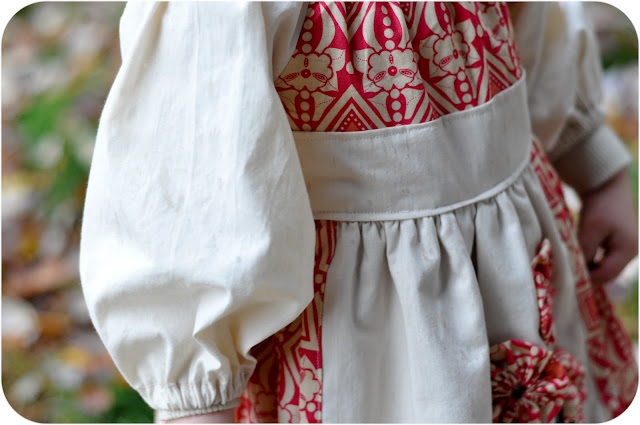 My one dislike? That sash!  I think it is too wide, which is my own error I believe, as I probably didn’t take a large enough seam allowance.  By the time I was sewing it on though, my last step of an all day sewing affair, I was tired and not really paying attention.  Have I mentioned that truly, I don’t really love to sew?  I just love the finished product and the smiles on my kids’ faces when I make them things.  I can always redo the sash if I find myself in the mood to spend an extended amount of time with a seam ripper.  Doubt it! 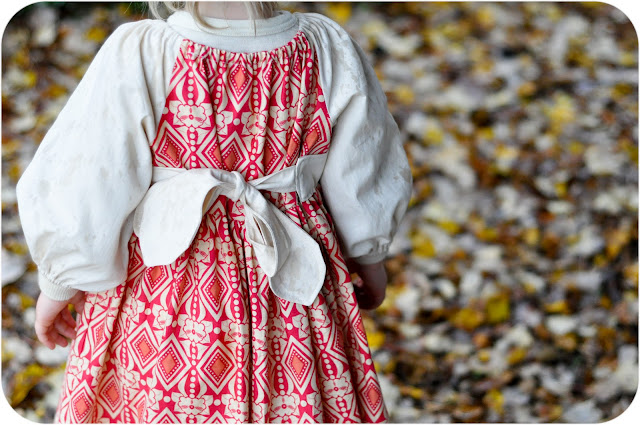 So anyway, that’s all for details.  Sorry if I’ve bored you to death, but I know that there are at least a few of you who wanted the details!
One last thing I should add:  it was raining when Beatrix was running around outside and I was taking these pictures, and that is why there are little dark spots on the dress (if you even noticed that!) 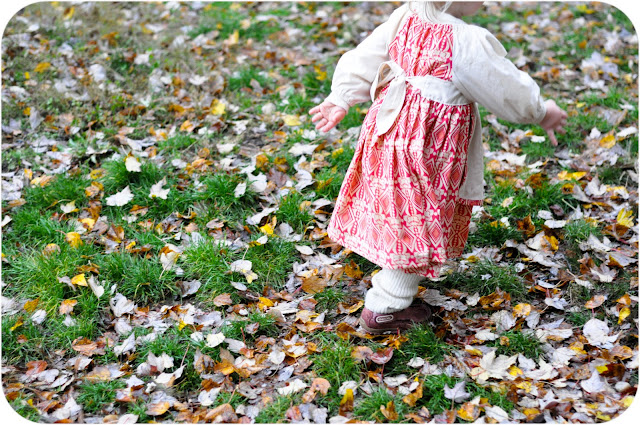 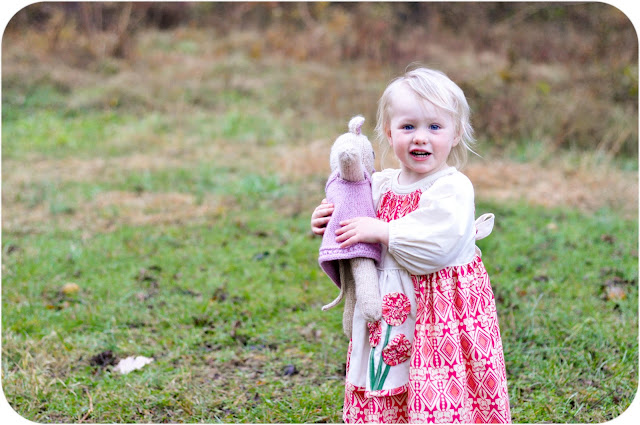 These photos were taken later in the day after presents were opened, so Beatrix is joined by her Phoebe “Mouf” as she says it.  I’ll tell you more about that project soon! 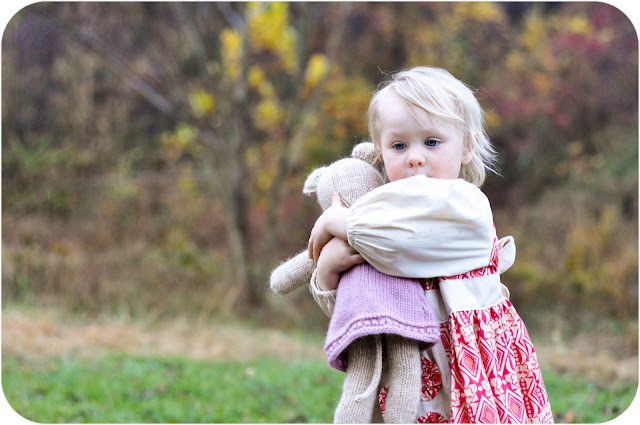 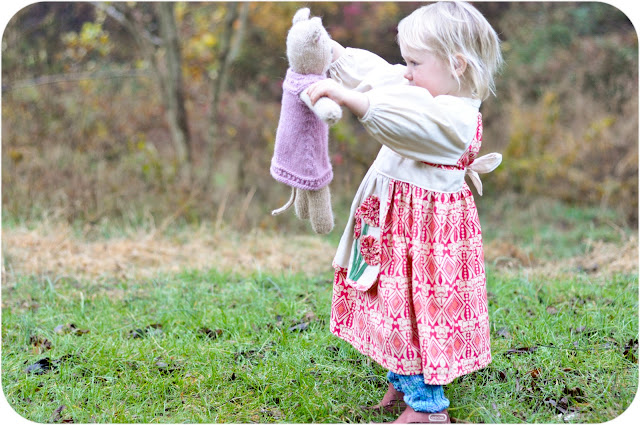 (Those are her birthday legwarmers peeking out.) 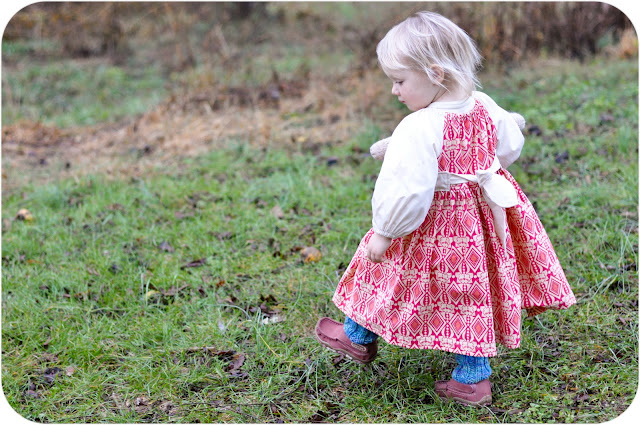 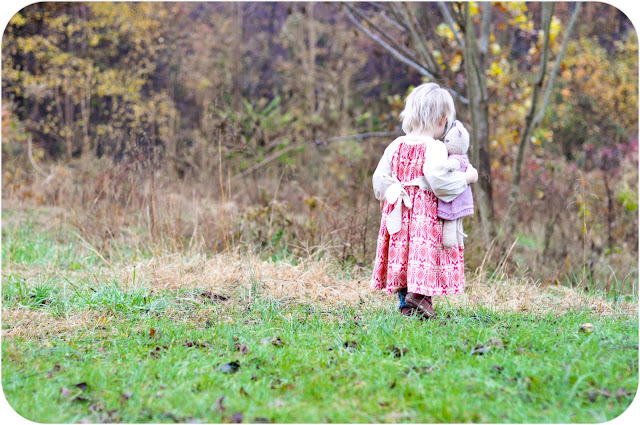 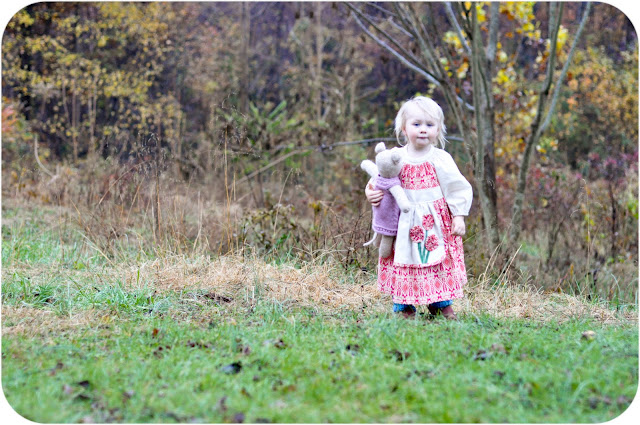 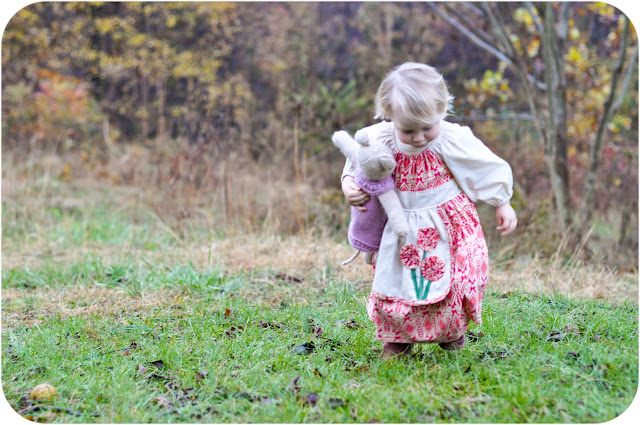 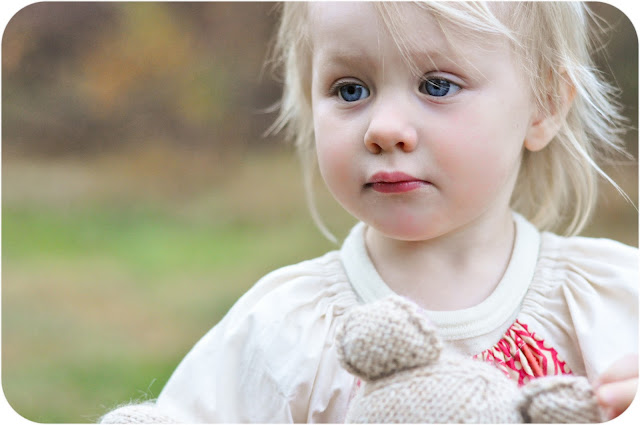 Sweet, Spunky, Smart Beatrix!  We love her so much!  She is a truly unique child, so very full of everything good.