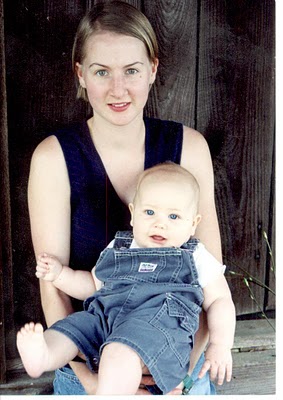 I have “written” so many words about this first baby of mine this past week since his birthday, but they’ve all been in my head, and aren’t likely to make it out.  I was twenty-two when Seth was born, and quite clueless.  I was terrified of being a mother.  Those first years of motherhood, parenting this highly intelligent and once incredibly colicky child were terribly difficult for me at times, but so perfect in being exactly what I needed.
Just a few years before this picture was taken, I was a drug addict, a drinker of vodka tonics with my breakfast, a purple haired combat boot wearing punk who didn’t care a bit about herself.  And there’s this story, this too long for this space story, about a hurting girl who met a boy with a good head on his shoulders who decided to stick things out with her, even though at times she seemed completely mad.  And there were plans made, some good and some bad, but always, even though I wasn’t aware, there was God’s plan for my life, for our life.  And our dearest Seth was such a big part of His plan. 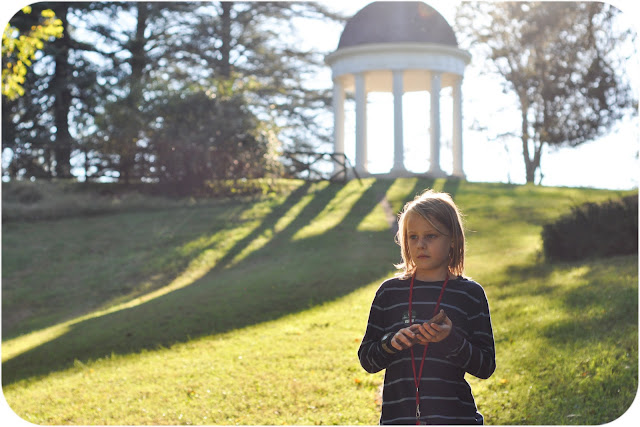 Ten years later and Seth is still challenging me like no other.  He’s still the smartest person I’ve ever known, and I still look at his face and remember the fat little blue eyed baby I fell in love with. 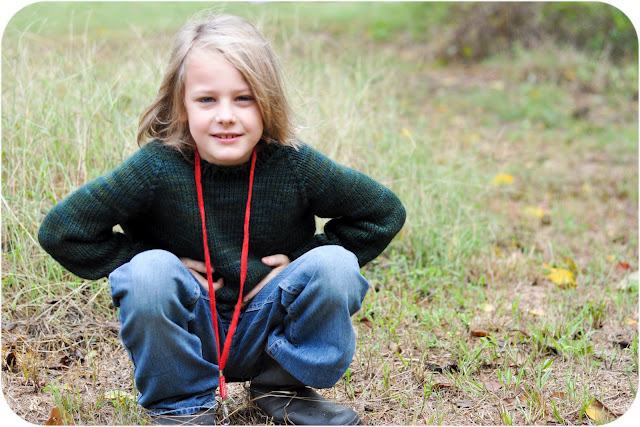 And realizing that tenth birthdays are a big deal, I knew I had to make him something, something to keep him warm.  I knew he would be hard to please, but I was willing to try. 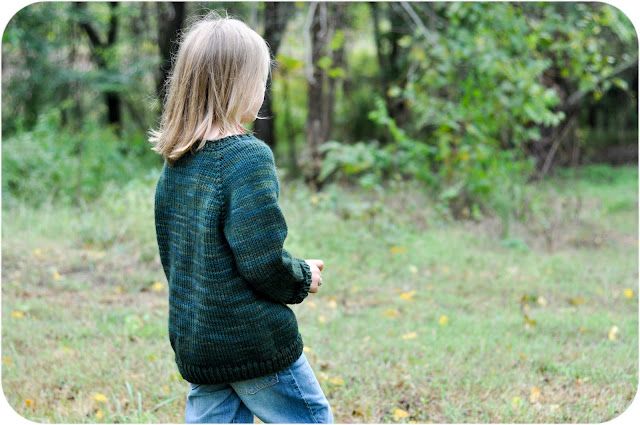 I didn’t have much time, as I seem to do everything last minute, so I bought Malabrigo chunky (in vaa) which proved to be a good choice.  Seth approved.  He did veto my cardigan plans though.  I love cardigans on boys (and men.)  But I can’t seem to convince Jonny or my boys to wear one.  Seth wanted a “plain” sweater, preferably a camouflage one.  This yarn isn’t camouflage, but the variegated look pleased Seth. 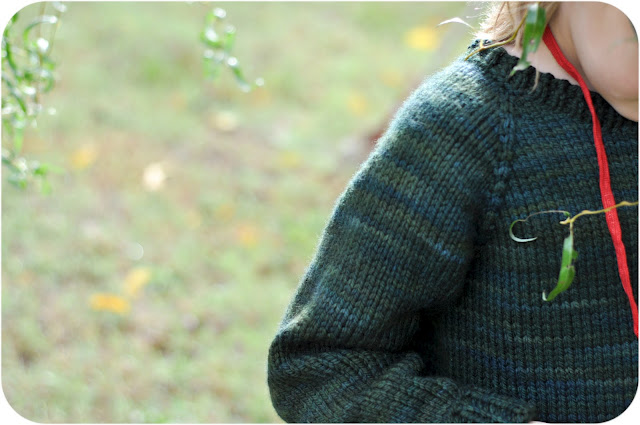 Thankfully I had a pattern on hand for a top down raglan sweater that was also approved by Seth (knitting pure and simple #9730.)  This was an easy knit, and the only trouble I had was with the neck, which Seth required me to rip and out and reknit because my first, a ribbed neck, was too wide for his taste.  I ended up adding a rolled neck like the pattern calls for (just not quite so long.)  My Ravelry notes are HERE. 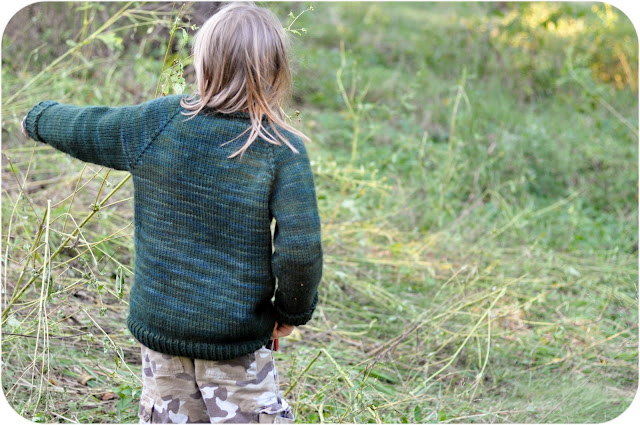 While I had originally wanted to surprise Seth, I realized that having him watch me work on his sweater over the course of a couple of weeks demonstrated for him the time and love that went into his gift.  And of almost equal importance, it allowed me to try it on him as I went to make sure it would fit!  One day he asked me, quite worriedly, whether this sweater would be his only gift.  Of course that became the joke up until his birthday.  We constantly teased Seth about the wonderful sweater that would be his only birthday gift.  (I did offer to buy him new underwear as well.) 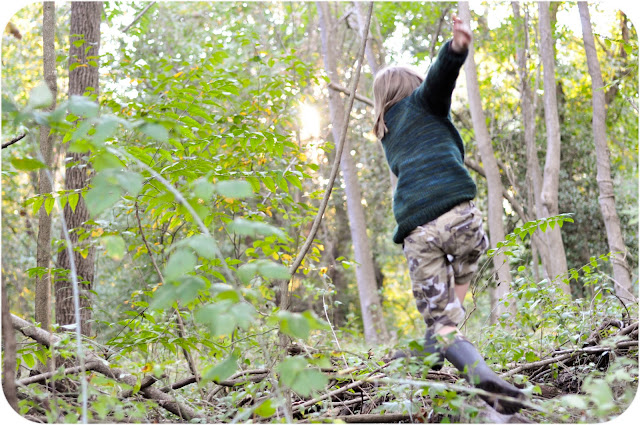 And while I do know that he appreciates and loves this sweater, the largest thing I’ve ever knit (although certainly not the cutest or the most fun,) he was most excited about his other survival themed gifts.  Yes the sweater will keep him warm, but can he start a fire with it? 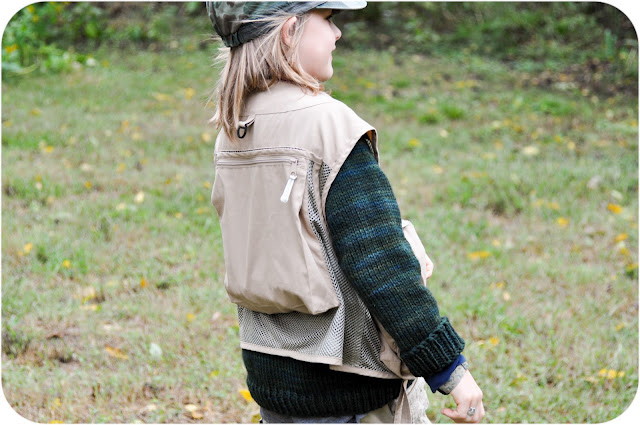 So in case you are wondering what we bought our ten year old for his birthday, here’s a list:
(Specifically from his personal wishlist)
Victorinox Swiss Army Champion Plus Pocket Knife
Whistle Creek Survival Kit in a Sardine Can

All of these survival themed items fit nicely in the pockets of the vest his Grandmommy bought him.
(and because every child gets at least one book for their birthday, and Seth is a bookworm so he got quite a few)
The Kingdom of Carbonel

And I also bought Seth three old out of print books (also not available at our library) by his favorite author, Jim Kjelgaard.
We definitely did more than we usually do for birthdays giftwise, although our party was simple, just our family gathered around the table, eating the gluten free coffee cake that Seth requested.  The important thing is that he knew that it was a special day, that he is loved, and we are grateful to be a part of his life.
Well, if you ask Seth, the important thing is that he got that pocket knife he’s been wanting…