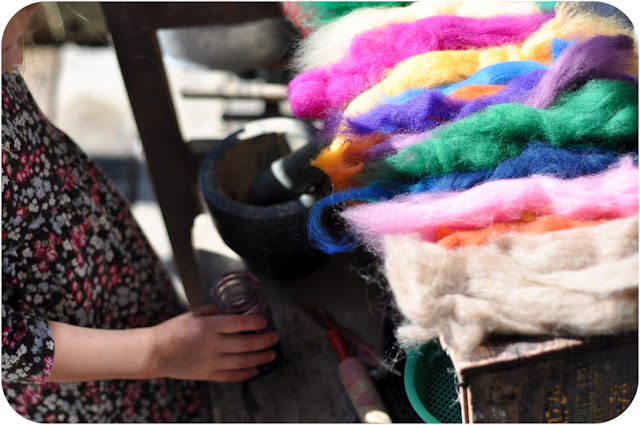 Last week I had plans to attempt to make felted treasure pouches with my children.  This was one of the activities offered at the fiber festival we recently attended that we did not get to participate in.  I have no idea how they were planning to make the pouches, but I did get a glimpse of children felting large stones and I got this idea in my mind that you could felt a stone, let it dry, and then cut an opening at the top, remove the rock, and ta-da, you’d have a pouch that you could embellish with blanket stitching around the edges and a tie sewn through to pull it closed. 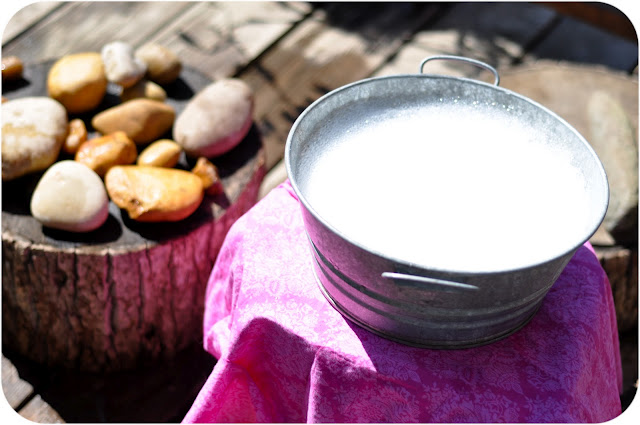 I am not sure if that plan would have worked, because we never made it that far.  After all the supplies had been assembled, my kids, well Larkspur especially, just took off felting smaller stones and loving the process.   Only a couple of larger stones were felted, and we didn’t get around to removing the stones to try the pouch idea. 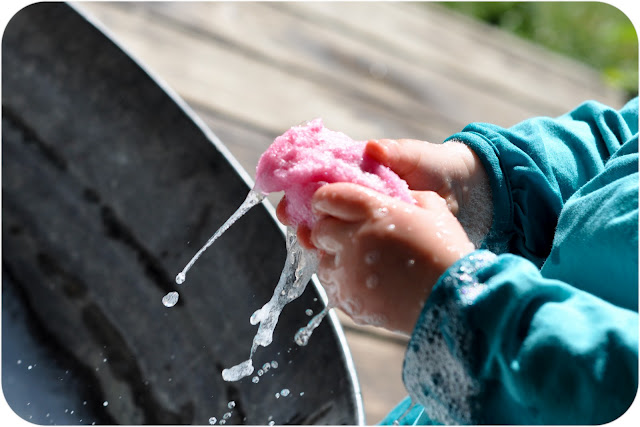 Larkspur and Beatrix spent two days making felted rocks.  The boys did not stay interested for that long. 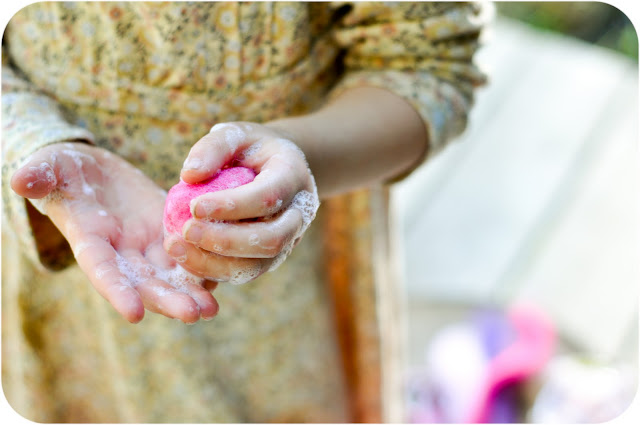 Lark proved herself better at making them than I am, 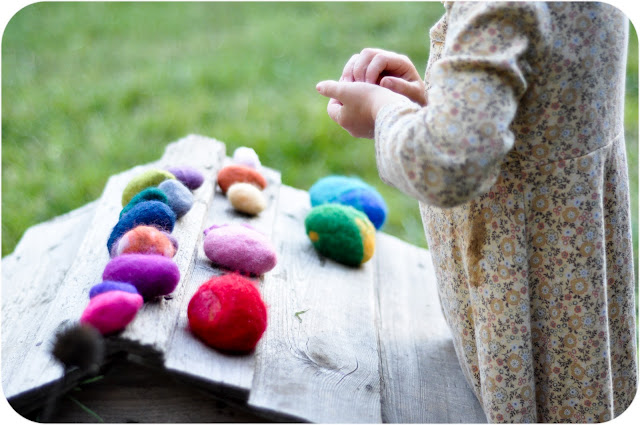 and she made a LOT of them…. 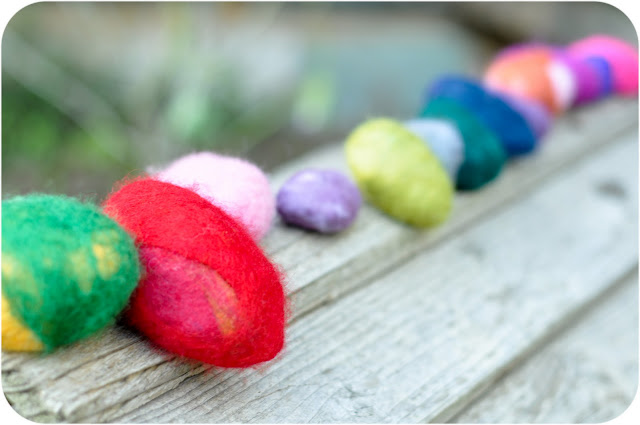 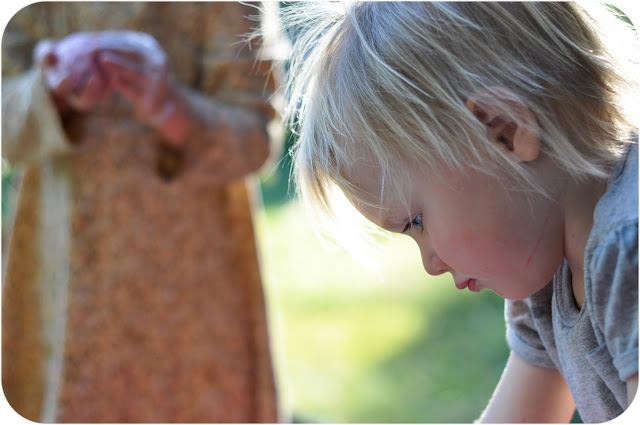 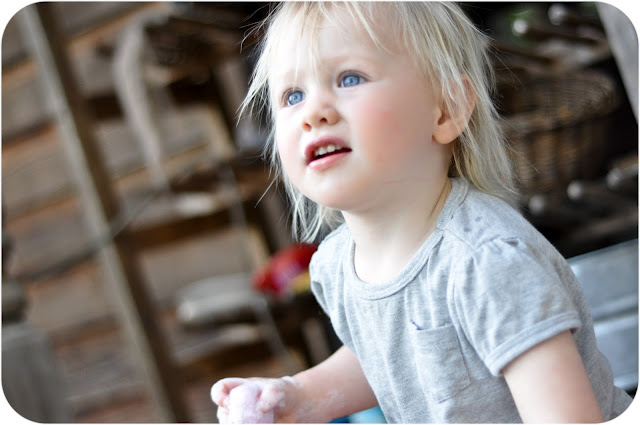 Of course Beatrix made her fair share too.  Larkspur would get them started and then let Bea finish the job. 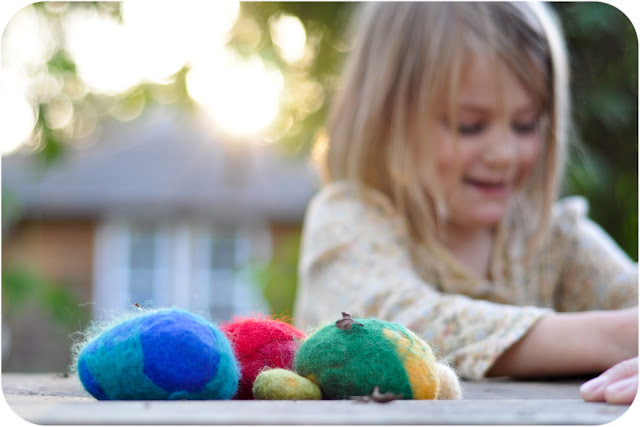 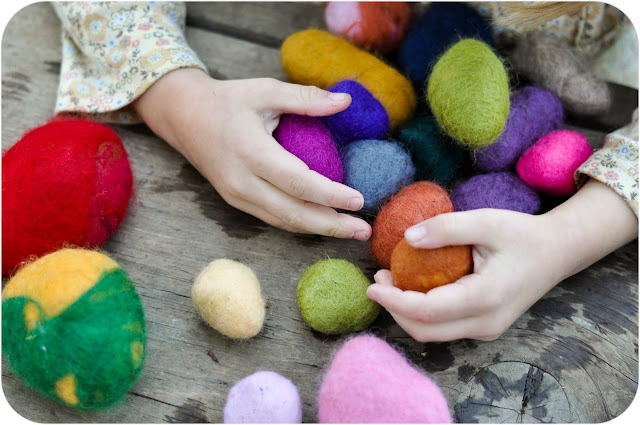 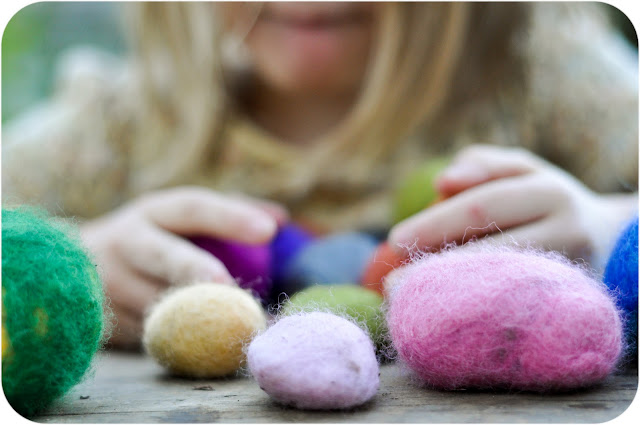 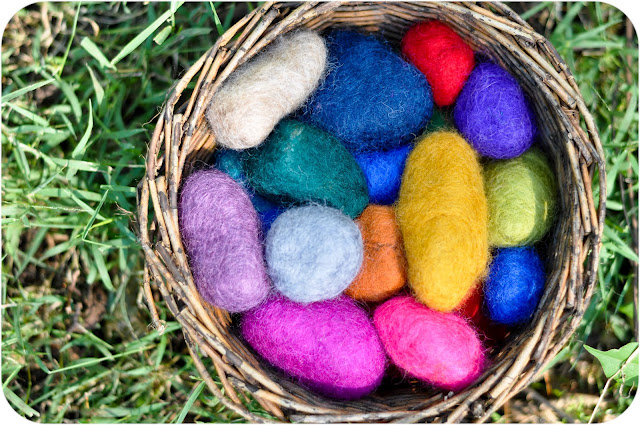 I think that a basket of felted stones (large enough not to be choking hazards) would make such a lovely and inexpensive toddler gift! 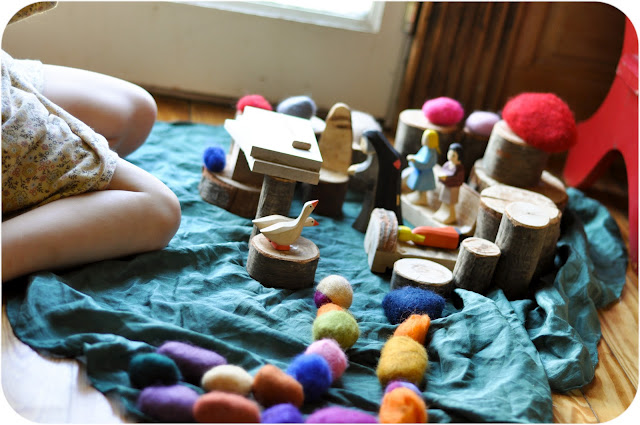 There is so much you can do with them. 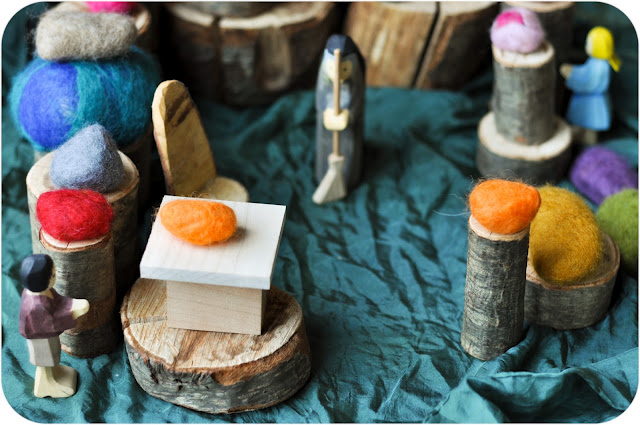 Larkspur used them to embellish a house she built with our homemade blocks. 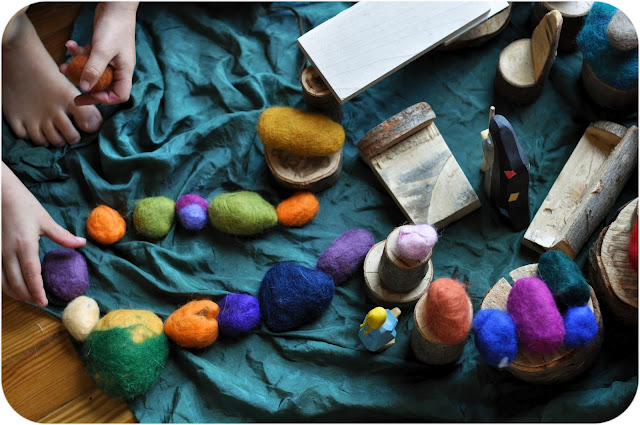 Since she received this hand carvedHansel and Gretel set, I have thought about creating an elaborate handmade “gingerbread” house, but realize that it’s not necessary, because with a basket of tree blocks and felted rocks, Larkspur was able to happily create her own using more of her imagination. 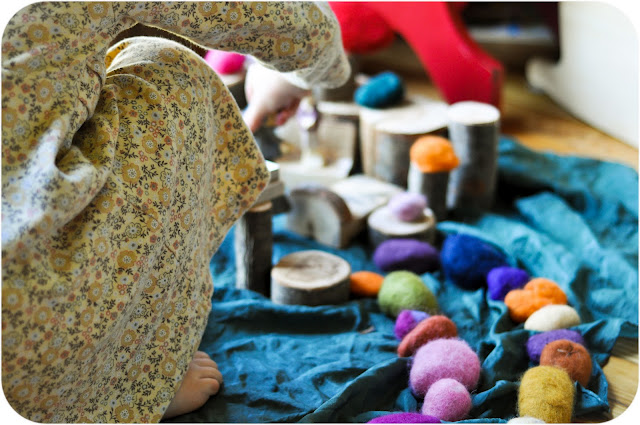 A younger child would probably enjoy just handling the stones and looking at the colors. 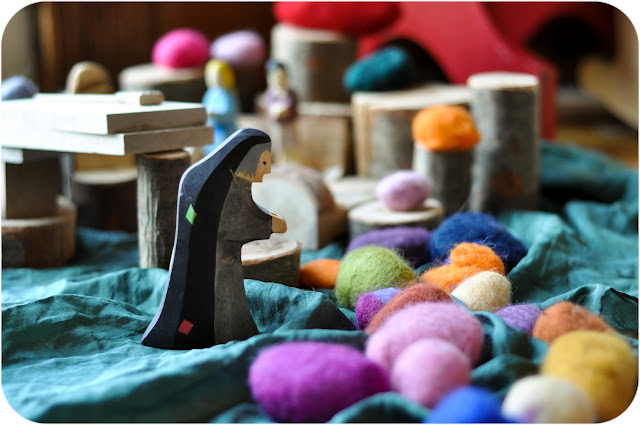 I am pleased that my felted pouch plans were transformed into something simpler by my children.  Simple is good, and making felted stones is a lot of fun!
p.s. We didn’t follow any instructions for making these ourselves, just wrapped the wool around the rocks and then dipped them in hot sudsy water and worked them in our hands until they felted.  Our method was mostly successful, but the boys did have some trouble. For larger stones, I think the method we used in my felted soap tutorial would work nicely, because the pantyhose would hold the wool in place, but we didn’t have any on hand.  That wouldn’t work for the smaller stones anyway.  Joy posteda nice tutorial for making felted rocks and I bet her method would work nicely for the smaller stones.