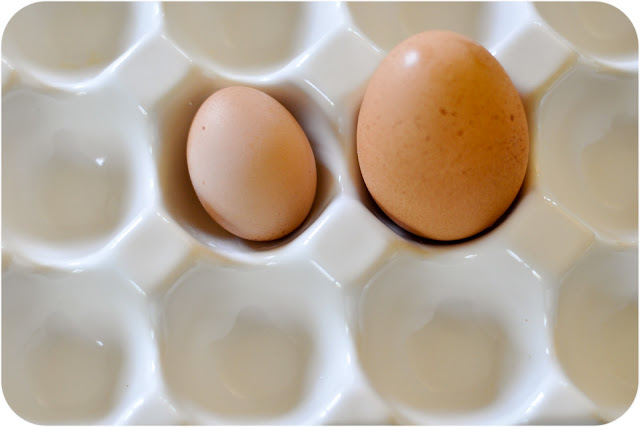 One of our chicks, hatched last May, laid her first egg today!  We all agree that this egg is even tinier than the first eggs we got from our original flock last year.  Of course, the truth is that we have just forgotten how tiny those first eggs were! 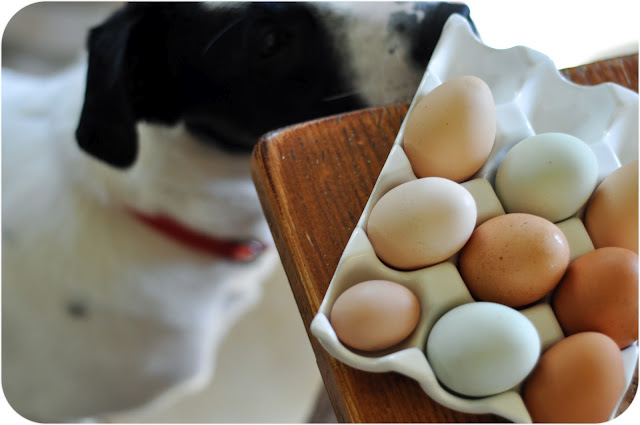 As I added the other eggs to the crate, Trudy became very interested.  The kids drop so many eggs, that she is very well acquainted with raw egg, and she loves it. 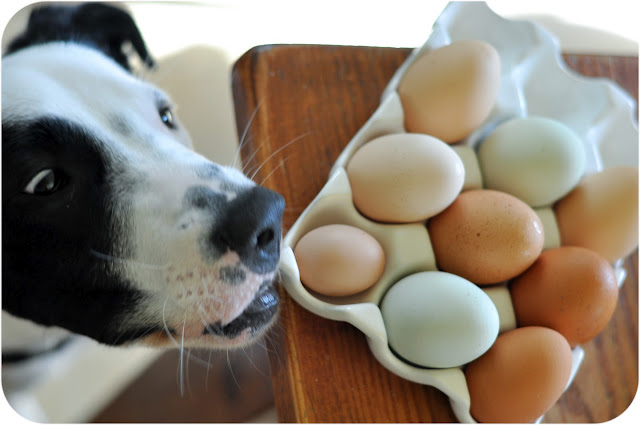 We really have to watch this one.  If we don’t clear the table after dinner, she climbs up on top of it and licks the plates clean.  Had I turned my back she would have pulled those eggs to the floor. 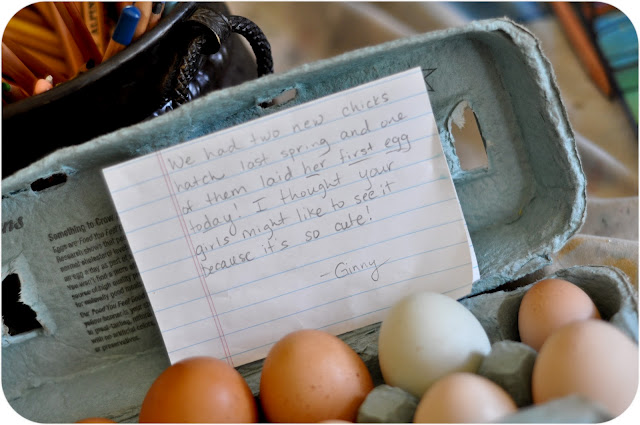 I included the teensy egg in a carton for a friend of mine who buys our eggs every week. 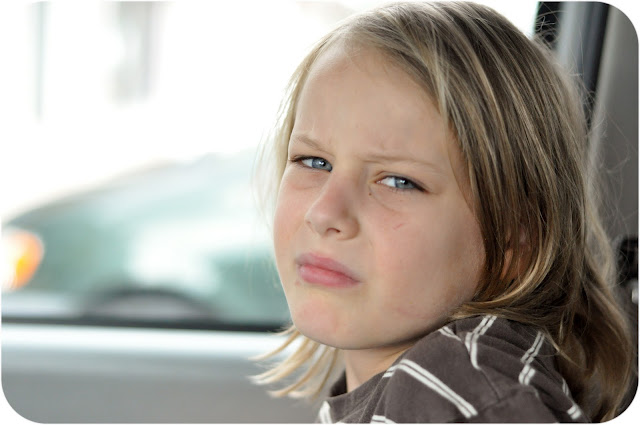 And in other news:  Seth and I had an appointment today. 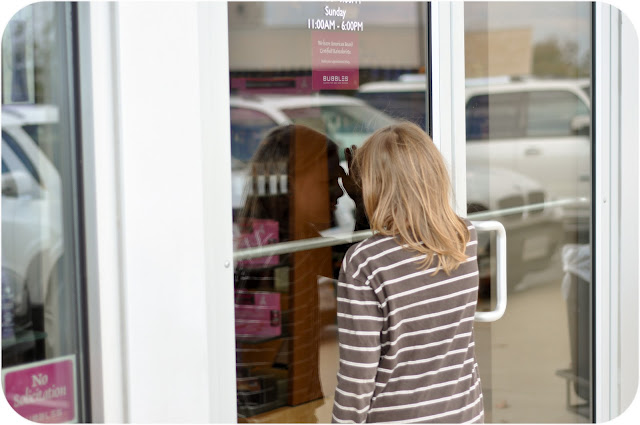 Well, really it was just his appointment, one that he requested I make a few days ago.  I waited a few days to make it, to make sure he really meant it and honestly sort of secretly hoping he would change his mind.  Change is hard for mama! 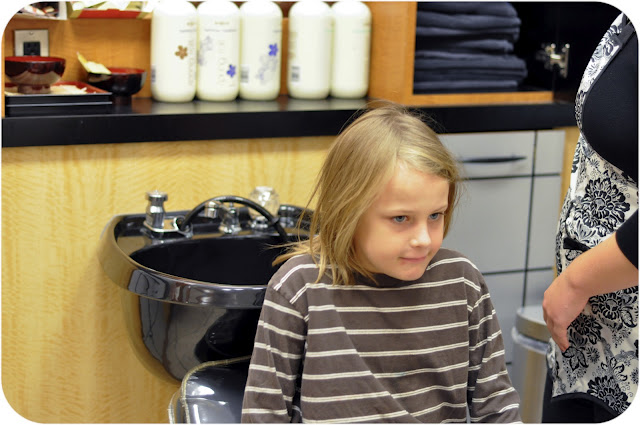 Watching his expressions throughout, you wouldn’t have thought it was his idea though! 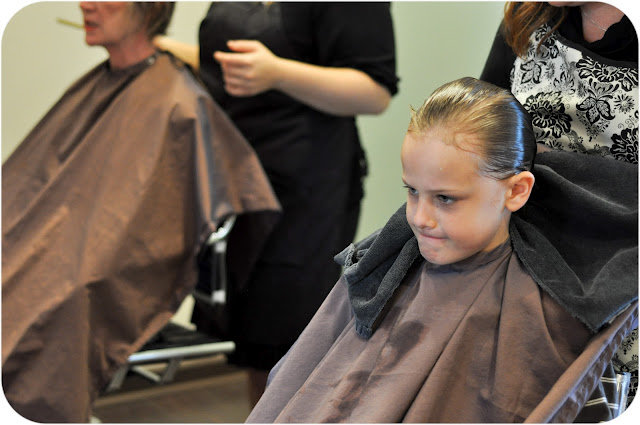 But really, as much as Seth absolutely hates haircuts, he did a good job of keeping himself together. 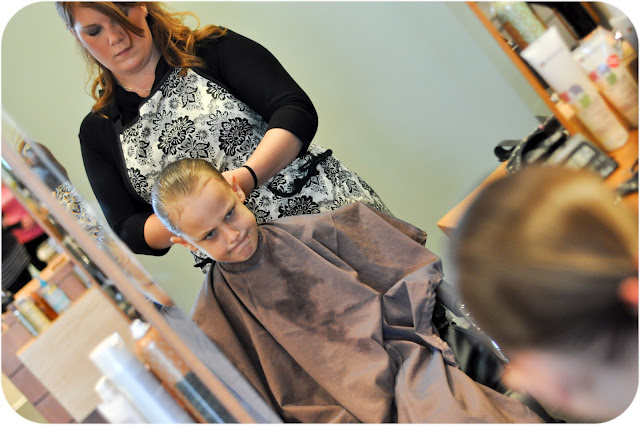 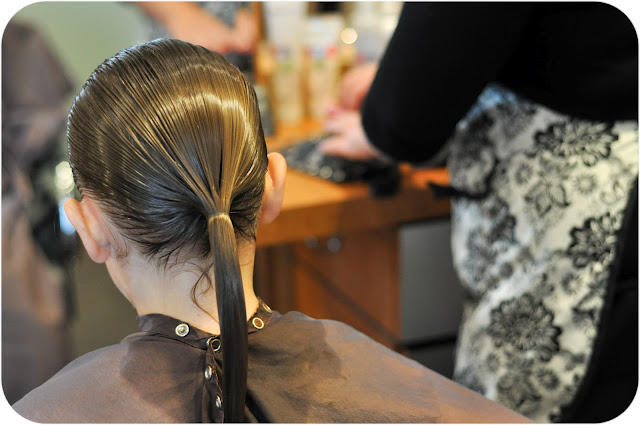 He was not thrilled with the initial ponytail, but that was just for saving purposes. 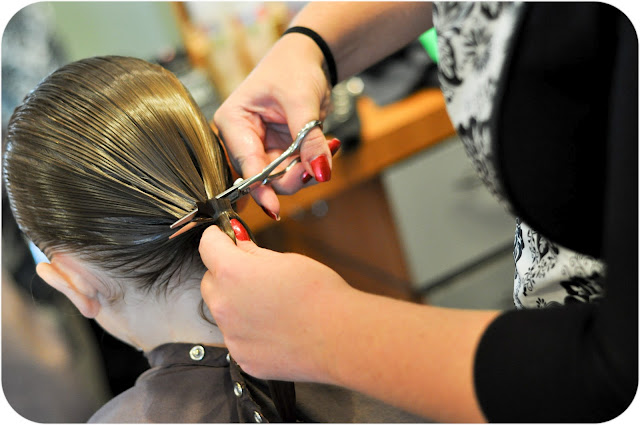 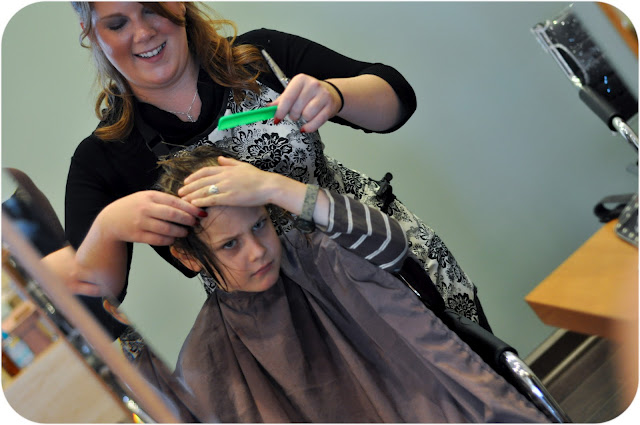 I’ve (mostly) been really proud of the way Seth has handled all the cases of mistaken identity.  Especially in the case of one obnoxious (Seth’s word) little boy at cub scouts whom Seth confessed has been teasing him at every meeting and calling him a girl.  We were shocked to hear this given that it had been going on for a couple of weeks before Seth told us, and we hadn’t gotten any reports of physical violence on (Seth’s part.)  When I asked Seth how he handles the other boy’s teasing he just shrugged his shoulders and said, “I just ignore him.”  Jonny and I were both incredibly impressed.  I was also very pleased that Seth’s self confidence didn’t seem shaken in the least.  He was more annoyed by the situation, and the frequency of being called “little girl” (it happens every single time he leaves the house!) and that is what finally led to the haircut decision. 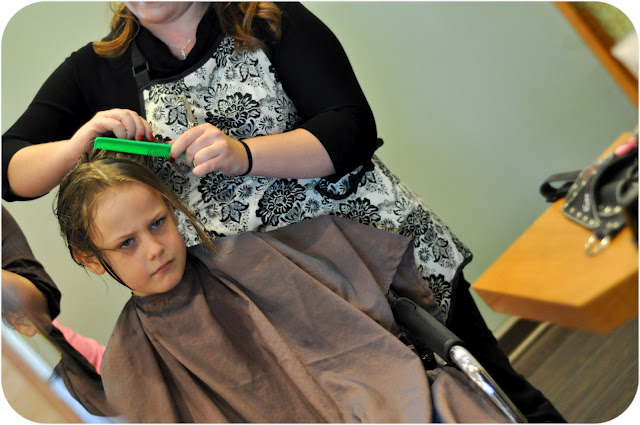 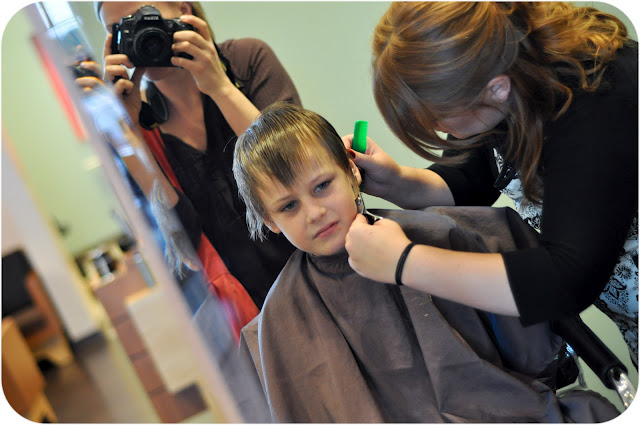 As his hair dropped to the floor, I actually started getting excited.  He looks like a little boy again, younger somehow.  And mama always likes her kids to look as young as possible so she can pretend they aren’t growing up, right? 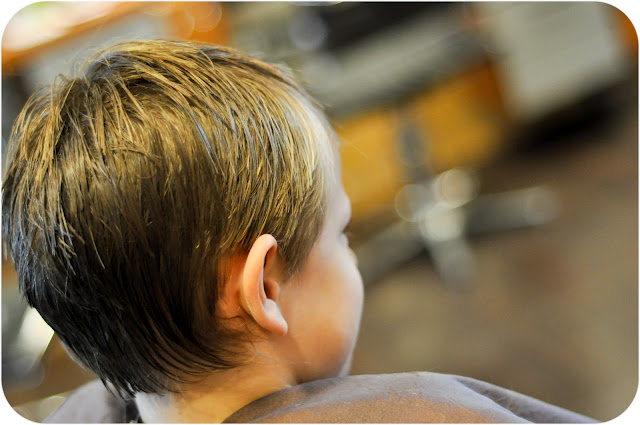 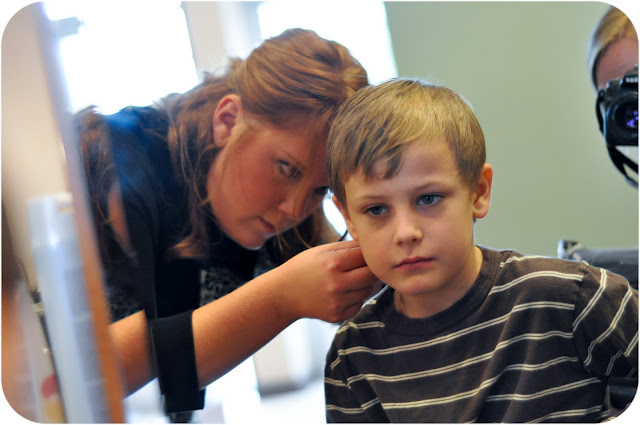 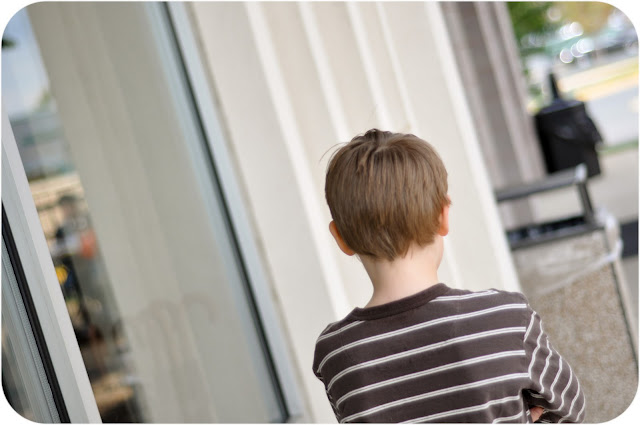 Maybe in the coming weeks I will be able to get a decent picture of Seth from the front, but today it just wasn’t happening. 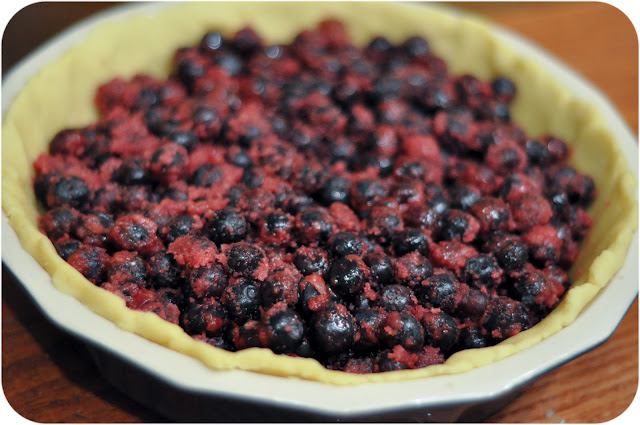 , and making a blueberry pie while Jonny and the rest of the kids hit up Home Depot.  I love all my children and have grown quite used to all the noise and sometimes chaos, but a quiet (peaceful!) evening alone with my oldest is really nice. 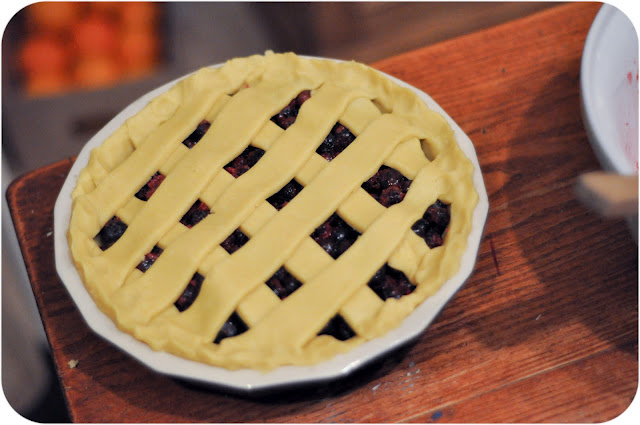 This is my first time making a lattice top crust, rather than a solid top crust.  I hope it’s good!  We used this recipe for the filling, and the gluten free pie crust recipe from Gluten-Free Baking Classics