This weekend we took our kids to Montpelier’s Fall Fiber Festival and Sheep Dog Trials.  We had eagerly been anticipating this festival for weeks, and Jonny and I were not disappointed. 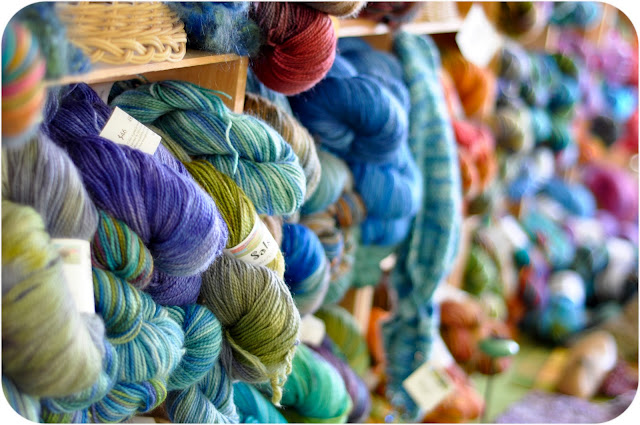 There was an abundance of beautiful yarn, in addition to fleece, roving, and all sorts of fiber goods.  I was a very good girl and only bought a few discounted skeins.  That is what happens to me when I am surrounded by so much: I am too overwhelmed by it all to focus enough to make purchases.  That is a very good thing. 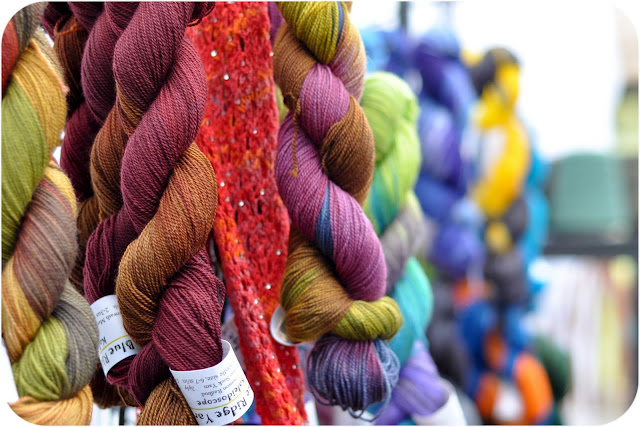 Looking through these pictures I must admit that I am wondering why I didn’t bring more home. 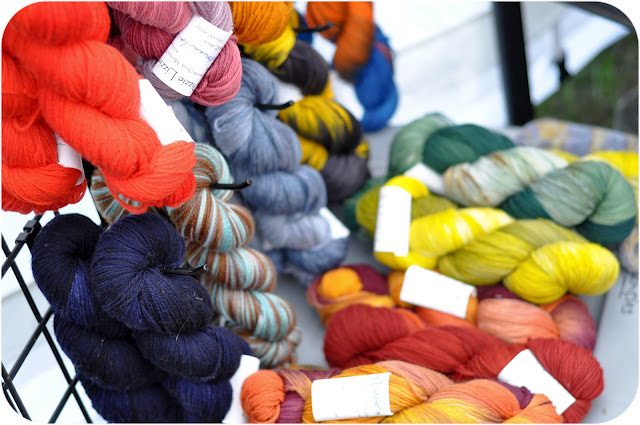 But of course we need to eat this month, and pricey but beautiful yarn isn’t in the budget. 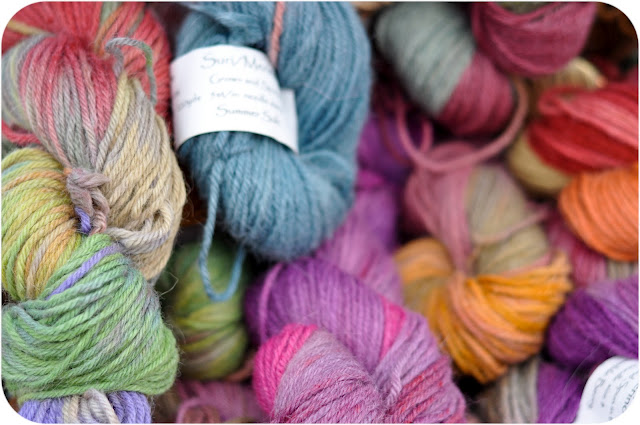 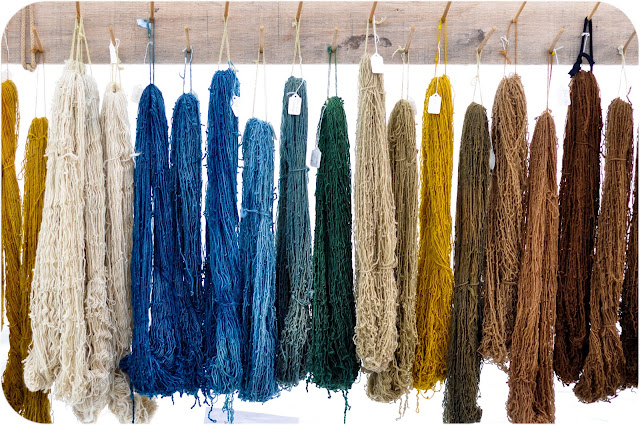 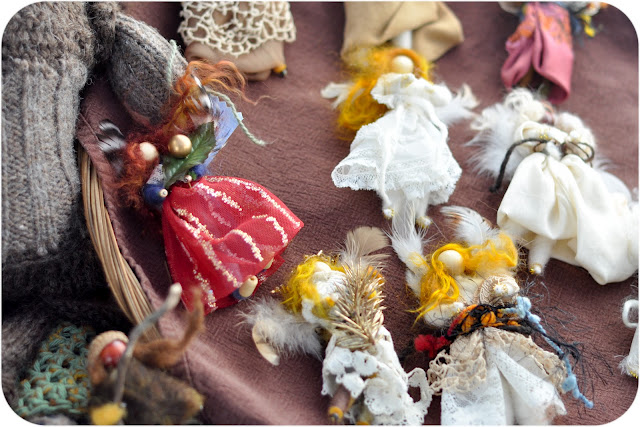 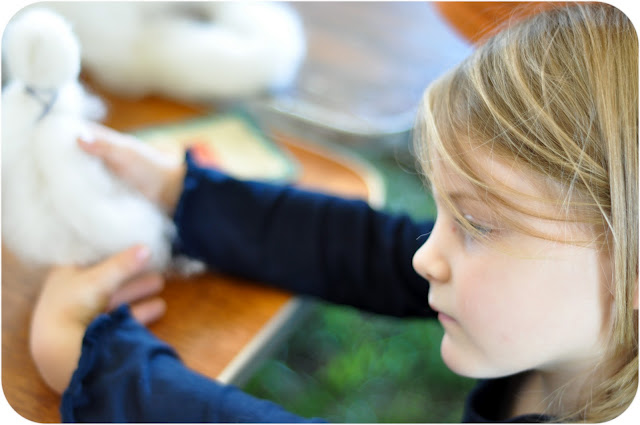 There were workshps for the children, and I took home a few ideas to try with my kids soon. 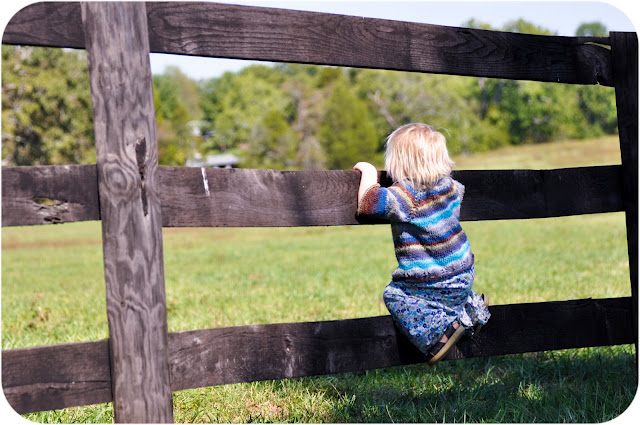 But really the best part, was the sheep dog trials.  Outside of the movie Babe, we had never seen anything like this before. 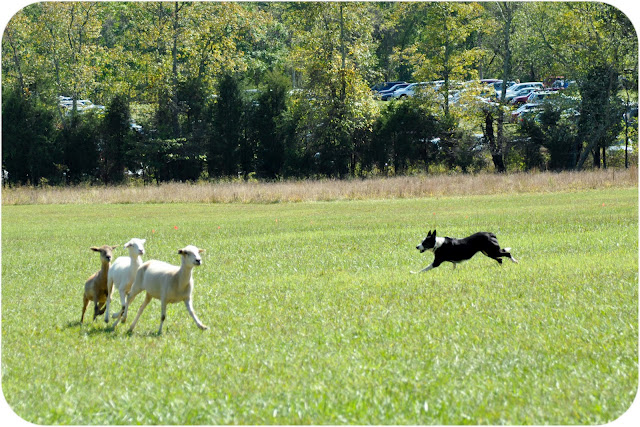 Those little border collies are so amazing, and so fast!  I am sorry I don’t have any zoom lenses, so didn’t get good pictures. 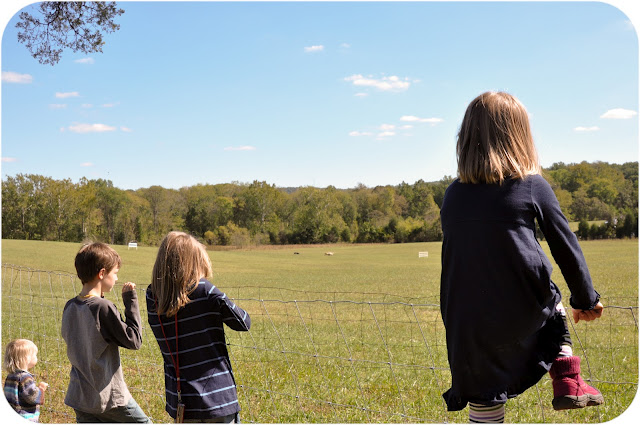 Everyone enjoyed watching the trials, although Seth now claims that this was the most boring event he has ever lived through (or something like that.) 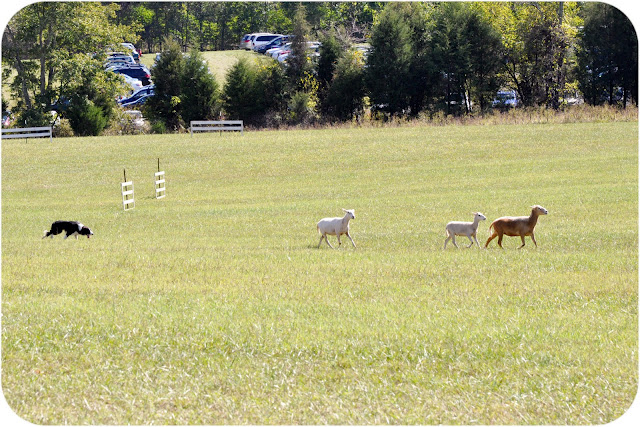 Jonny and I could have sat there watching all day.  And of course now we want a little farm worse than ever.  We need a flock of sheep and a few border collies. 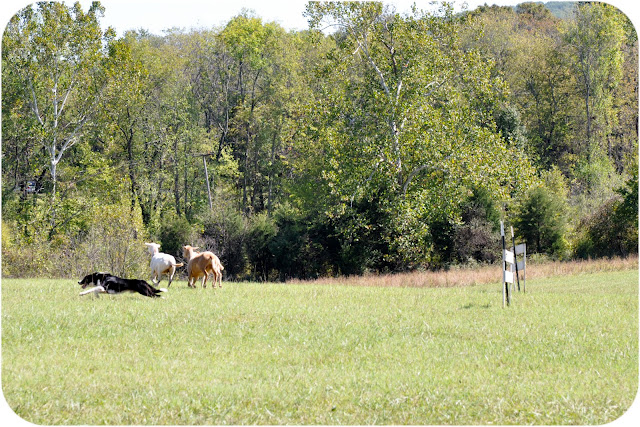 And you know they really do use all those adorable commands like in the movies.  When the dogs are finished they say, “That’ll do.”  I love it!  When my kids were much younger and we had a t.v. and vcr Babe was a favorite in our house and I can still hear James Cromwell saying, “That’ll do pig.  That’ll do.” 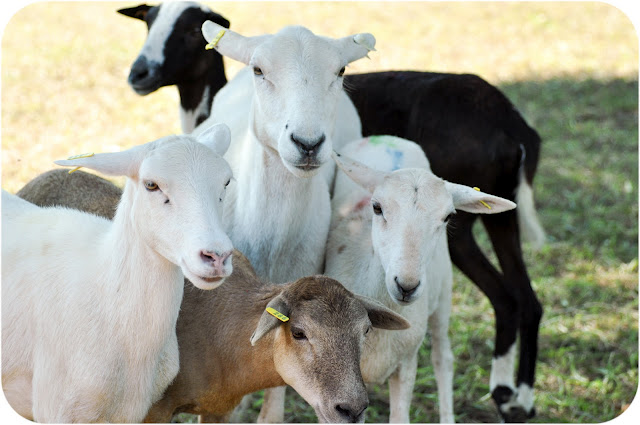 The sheep were released in groups of three, three for each dog.  When they were finished they were put in a big shady pen together where they huddled together looking sweet.  Sheep always look sweet I think. 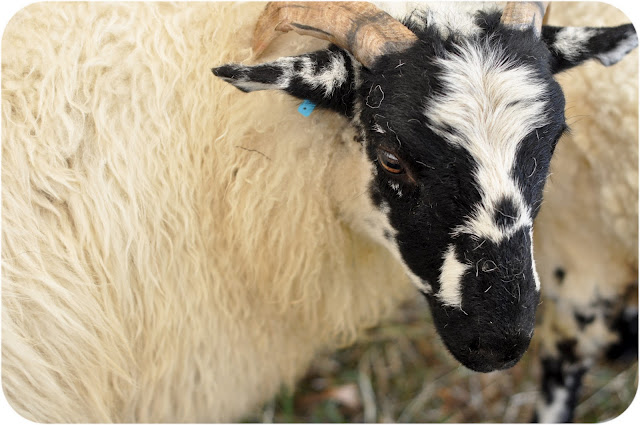 We also watched a very sweet man shear this ewe.  He admitted after he finished that he had nicked her leg (I saw the cut and it was tiny) and he almost burst into tears talking about how bad he felt about it.  He also told the story of how he and his wife got into raising sheep and dogs, and was pretty emotional about the whole thing.  You could tell that he really loves what he does.  Jonny and I understand.  We want to do it too! 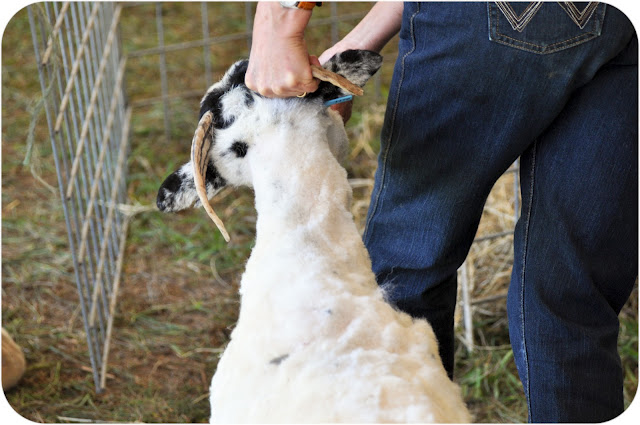 This ewe was really shy and not used to being handled much, so she had to be strongly encouraged to go back to her pen after her haircut. 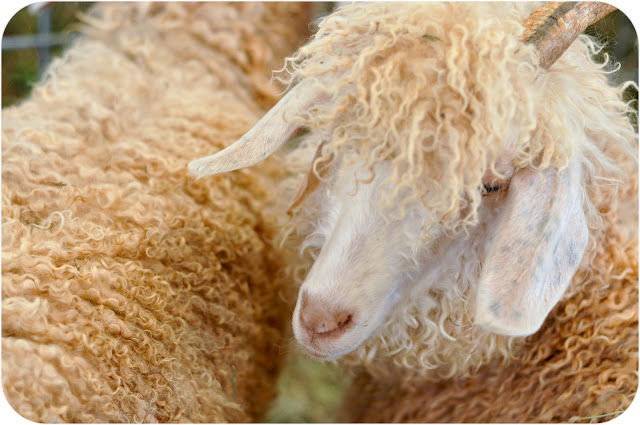 There were quite a few different breeds of sheep on display.  The festival was really crowded though, so I had to continuously be counting my children, and couldn’t read about each breed. (1, 2, 3, 4, uh-oh where’s Lark? insert wave of panic. there she is! 5.  You know how it goes.) 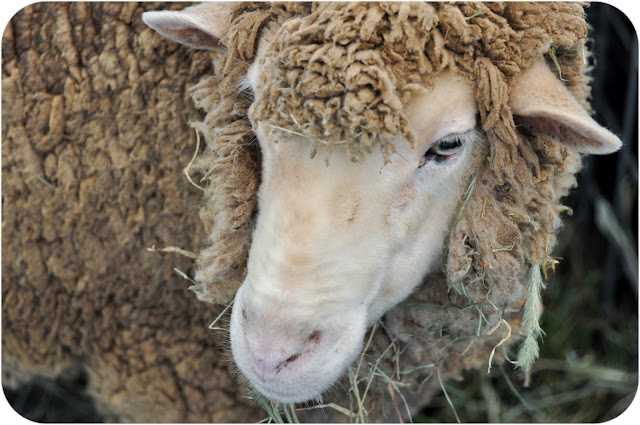 But they were all my favorites. 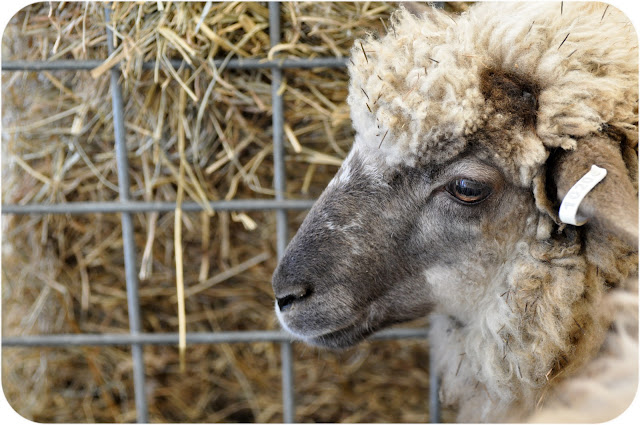 Well, especially this one.  If I had my own sheep I would kiss them on their noses. 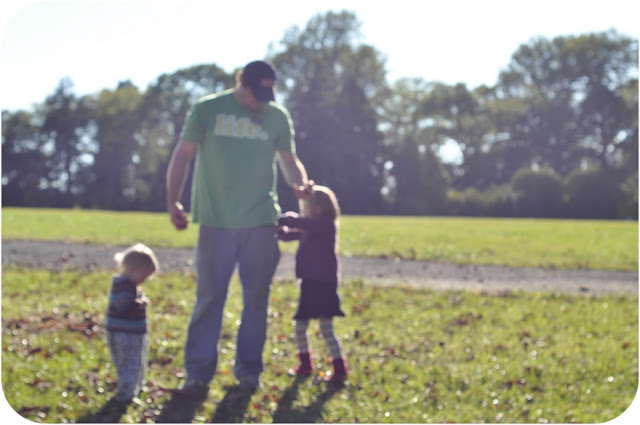 Since we were right across the road from Montpelier, we spent an hour or so over there when we left the festival.  That made up to Seth the intense boredom he suffered at the fiber festival (they didn’t have big trees at the festival, and that’s sort of his thing right now.)  The girls stuffed Jonny’s pockets with buckeyes. 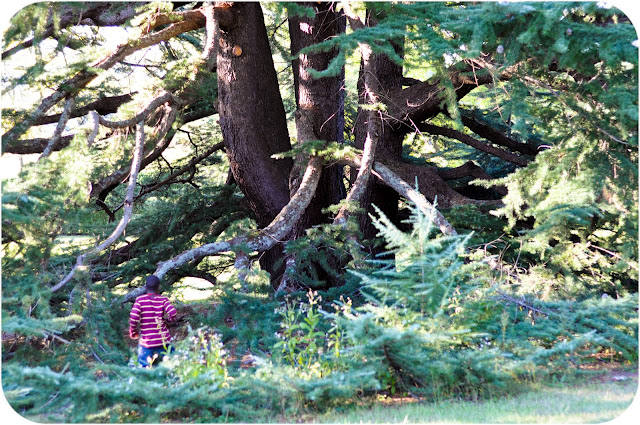 And the boys discovered this enormous Deodar Cedar.  It’s a pretty amazing tree. 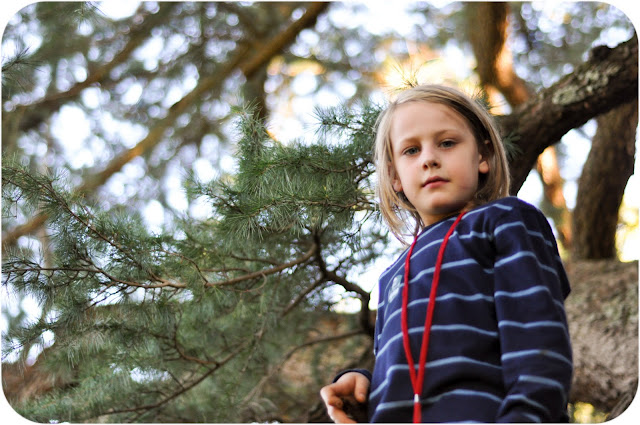 (Seth would like me to mention that he thinks it must be the state champion.) 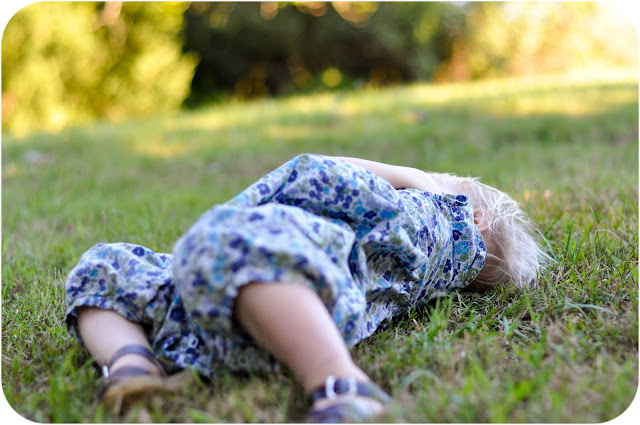 ﻿Beatrix and I rolled around in the grass for awhile while the other kids climbed, and then we headed home from a very fun day.
p.s. I am thinking this is going to be a bit of a woolly week here on my blog.  Stay tuned for a great giveaway!