Inspired by one of Larkspur, I mean Emily’s favorite books, Emily and Daisy

, I sewed a little yellow dress last week.  Today I finished the ensemble, sewing the pinafore and bloomers while my kids destroyed our house. 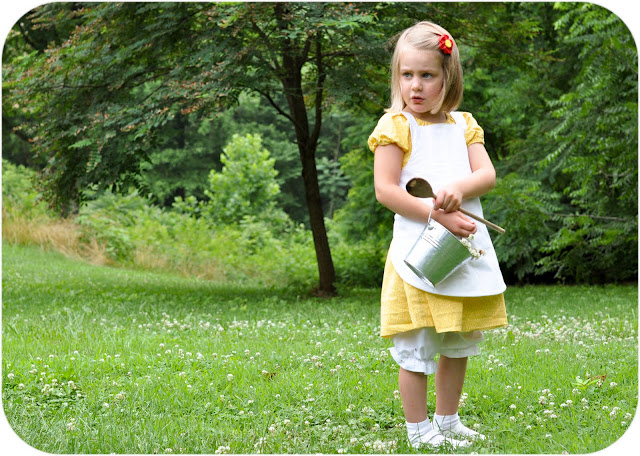 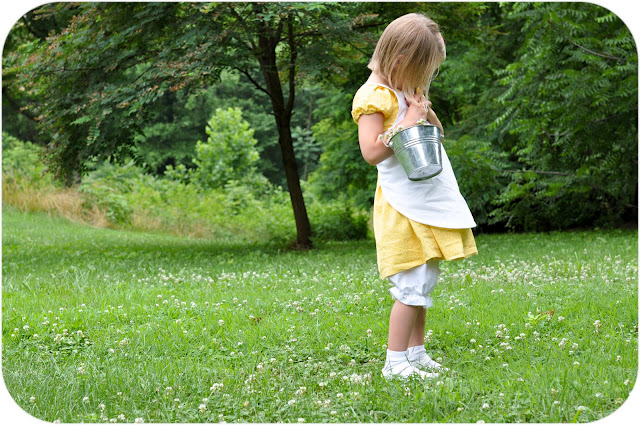 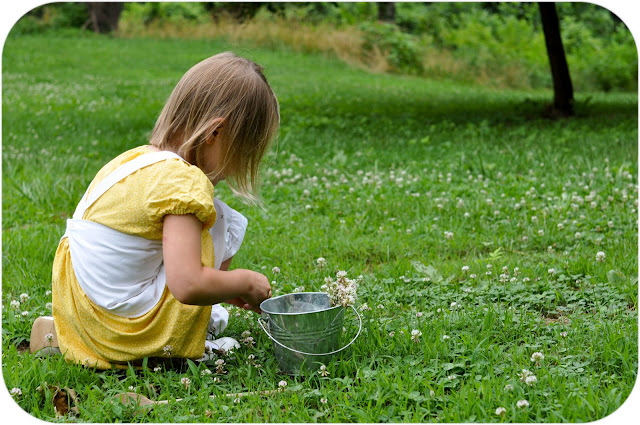 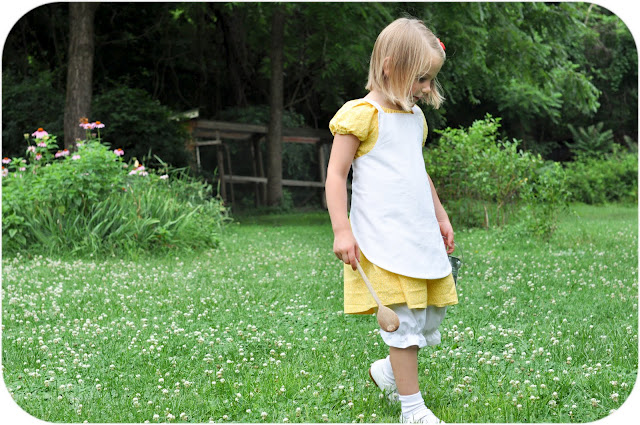 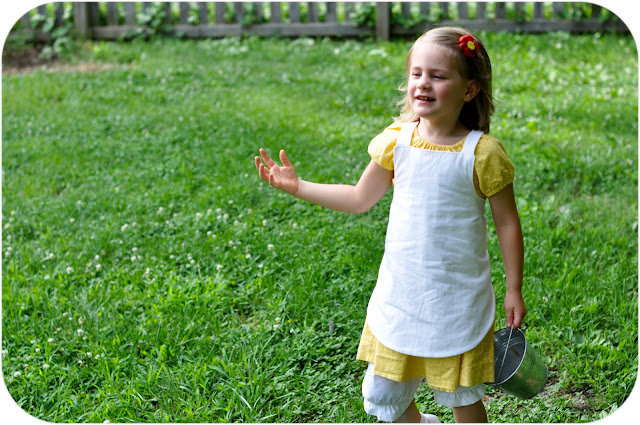 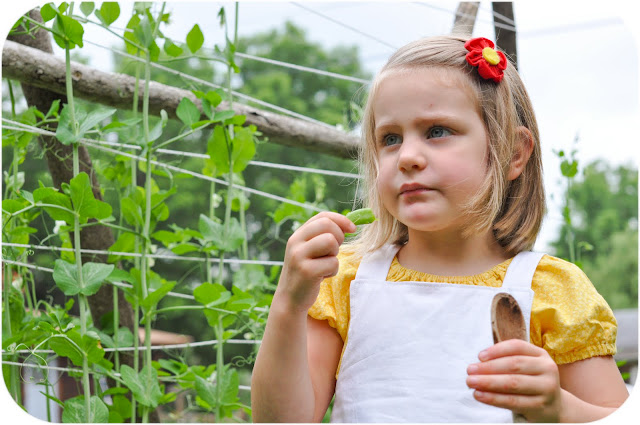 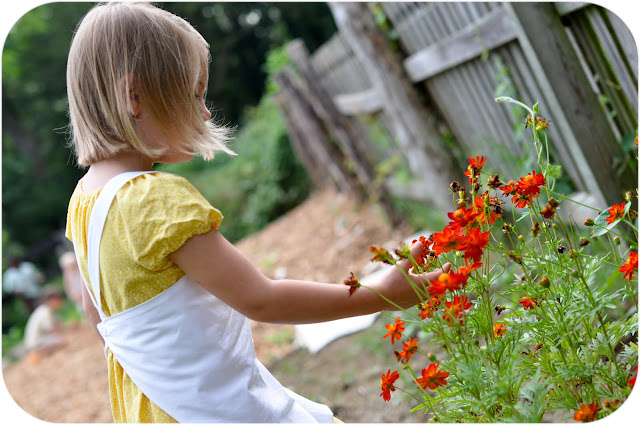 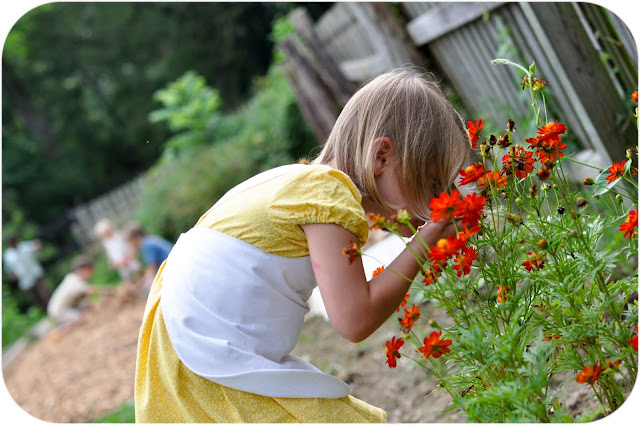 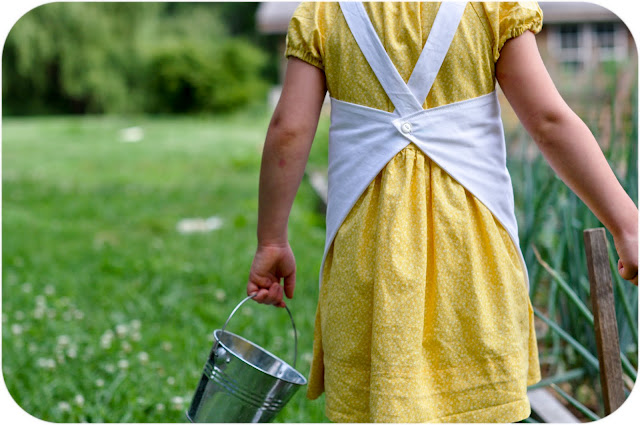 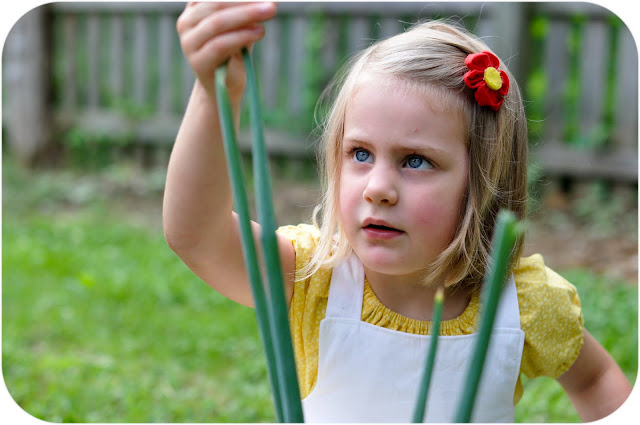 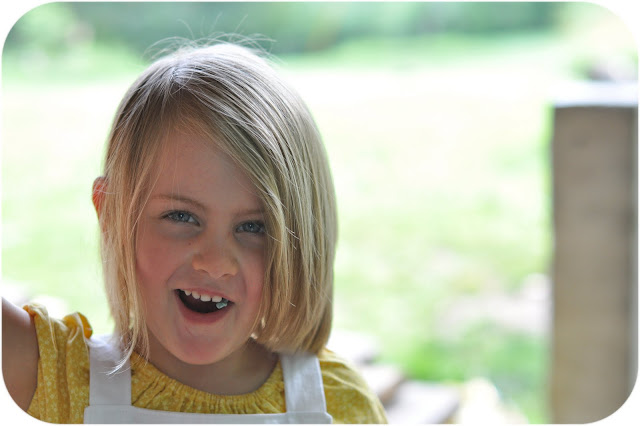 See that bit of gum in her mouth?  That is how I bribed her to let me take pictures.
So anyway, the much anticipated on Larkspur’s part,Emily and Daisy

dress is finished.  I’m pretty happy about it, and so is Larkspur.  She loves playing games that involve a change in character.
She has also requested a red pail like Emily’s, so I guess I need to buy some red spray paint and take care of that.  Oh, and did you notice that Larkspur got a haircut?  The bangs she cut herself many months ago had grown to her shoulder, so we decided to have all of her hair cut to that length.  It certainly works for her Emily role!

Details:  For the dress I used Simplicity 5695 because it has an elasticized neck making it easy for Larkspur to put on (and take off three minutes later to change into a different dress) by herself, and it is what I found as quickly as I could at the local fabric store.  The bodice on this pattern is a lot roomier than what I wanted though, and I sewed three bodices before I got the fit right, and I still wouldn’t say that I love it.  I would look for a different pattern next time.

I made my own pattern for the pinafore, and while it is very simple, it took me awhile to get it to fit correctly, especially because my little model is not the least bit cooperative, even when I am making something for her that she has been requesting for weeks.

The bloomers are not exactly like Emily’s because I created a ruffle along the bottom, just for the sake of cuteness.  I used the pants pattern in Carefree Clothes for Girls: 20 Patterns for Outdoor Frocks, Playdate Dresses, and More (Make Good: Crafts + Life)

and just hemmed them to the length I wanted before using the elastic thread on the bobbin method of creating the ruffle (here’s another blip about sewing with elastic thread.)  I will say that I love that simple pants pattern so much, that I would buy the book again just for that one pattern.

And now, I’ve got some serious cleaning to do!