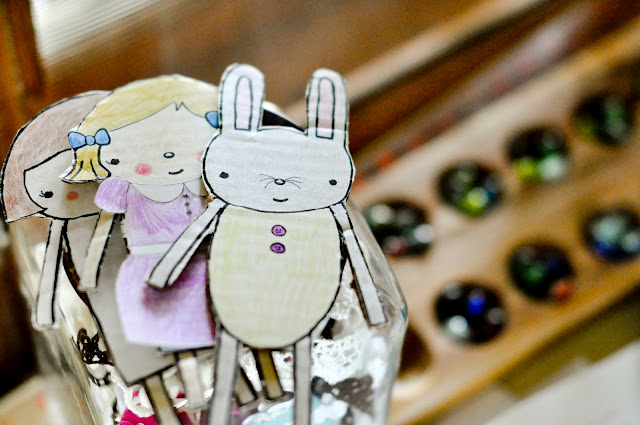 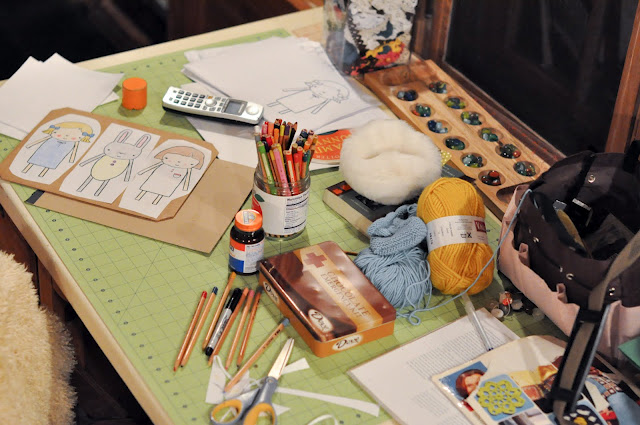 Last night, trying to think of something fun to do with Larkspur today, I was struck with some late night paper doll making energy, usingSarah’s doll ornament as my inspiration.  (This is the same drawing I use to make coloring books for my kids.) 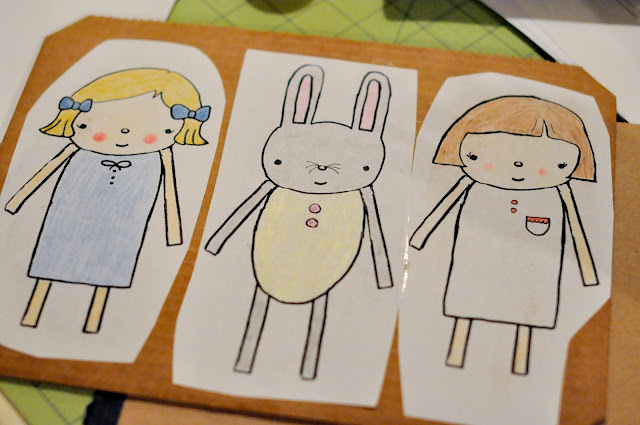 After drawing and coloring the characters, I used rubber cement ( I apologize if this is bad stuff-I like it), to adhere them to a piece of cardboard. 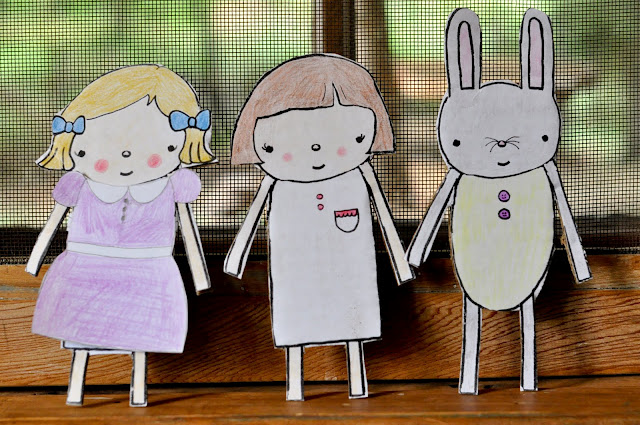 This morning, I cut them out (that part is sort of a pain.)  I made one dress as an example for Larkspur, but wanted to wait and make the rest of the dolls’ clothes with her. 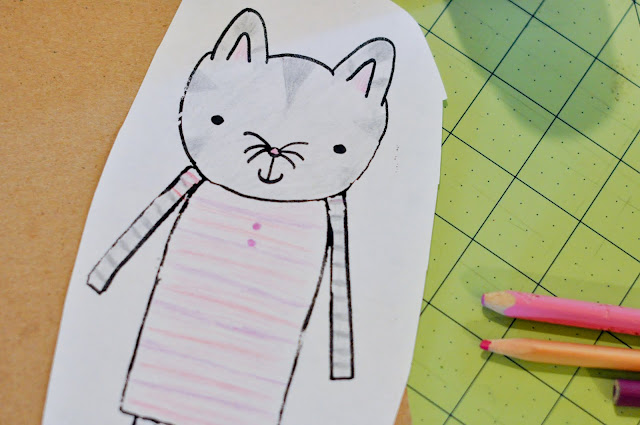 When I gave Larkpur her paper dolls, she was super thrilled.  Before we got started on making clothes for them, she requested another doll though:  a cat.  I gave her tabby stripes. 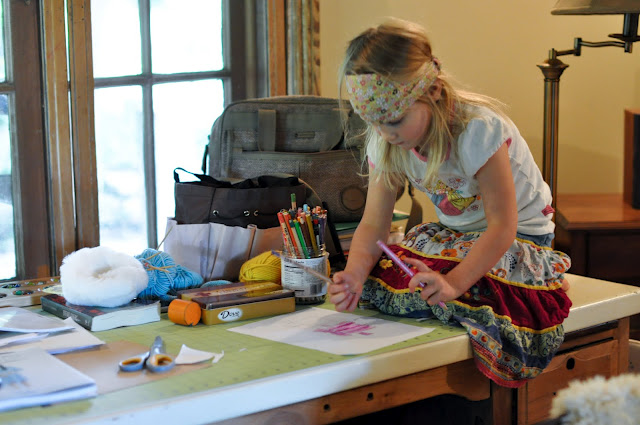 Then came the task of making clothes.  Larkspur spent most of the morning perched on my desk drawing and coloring. 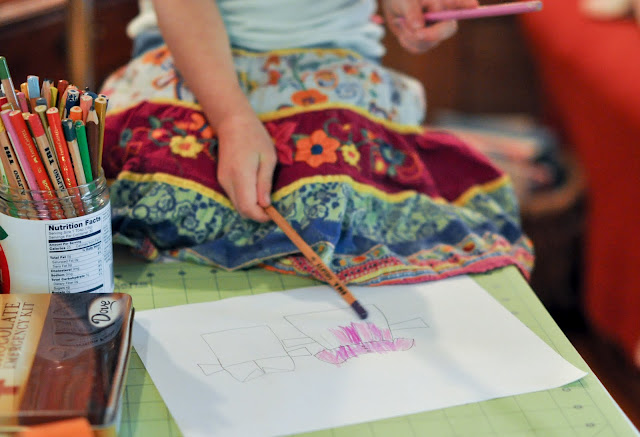 Most outfits were given pink and purple stripes of course.  There is little need for other colors in Lark’s opinion. 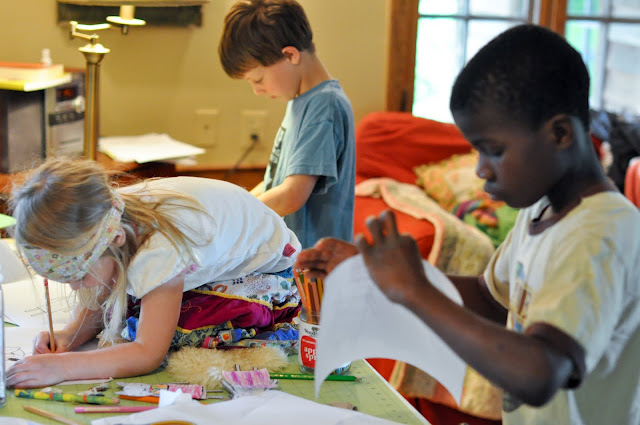 Keats and Gabe soon joined in and made lots and lots of dresses for Larkpur’s dolls.  They all had so much fun together. 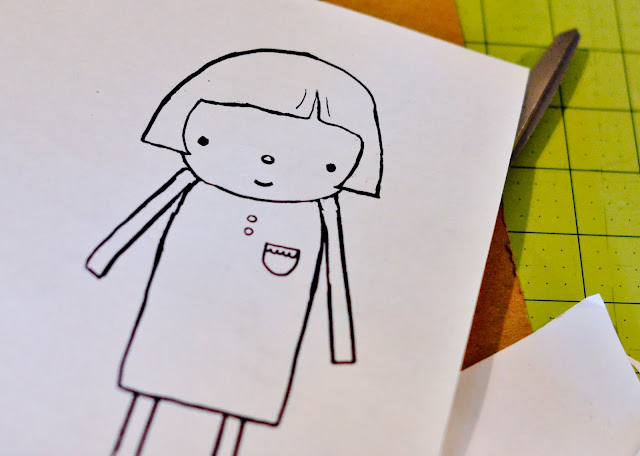 To make clothes, we placed a piece of paper over an extra print out of a doll, and traced the basic shape so the dresses (she only wanted dresses of course) would fit. Each dress was outfitted with a couple of paper tabs on the side to attach them to the doll. 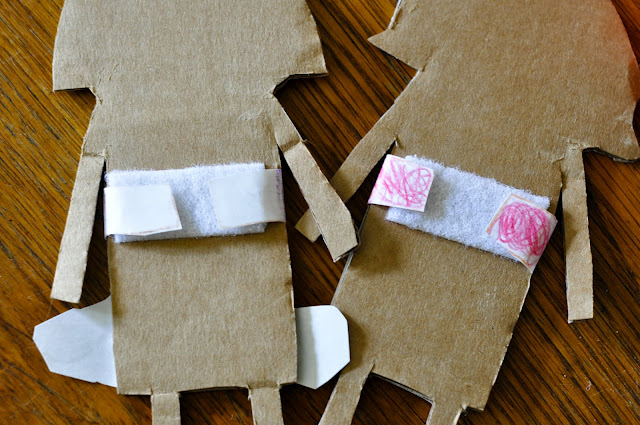 I had some self adhesive velcro on hand, so we attached a strip to the back of each doll, and then added little squares of it to the tabs on the dresses which did a great job of keeping them from falling off. 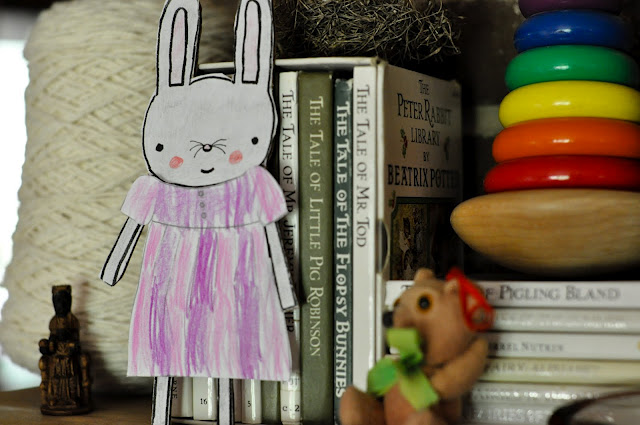 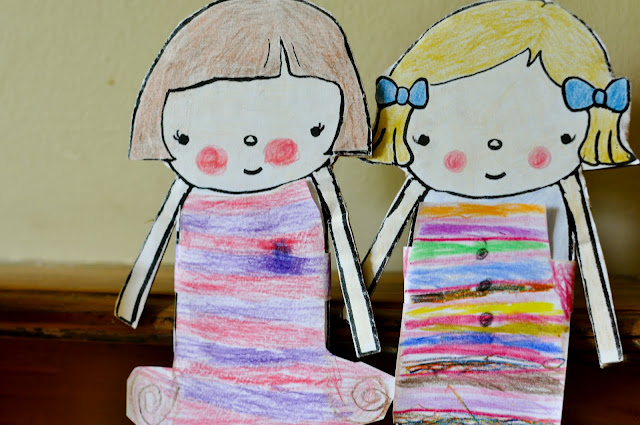 These dresses were made by Keats and Gabe.  You can tell that the one on the left is Keats’ because of his signature curly Q’s on the edges.  Oh, and notice that the doll wearing that dress has very rosy cheeks.  Larkspur likes them better that way, apparently. 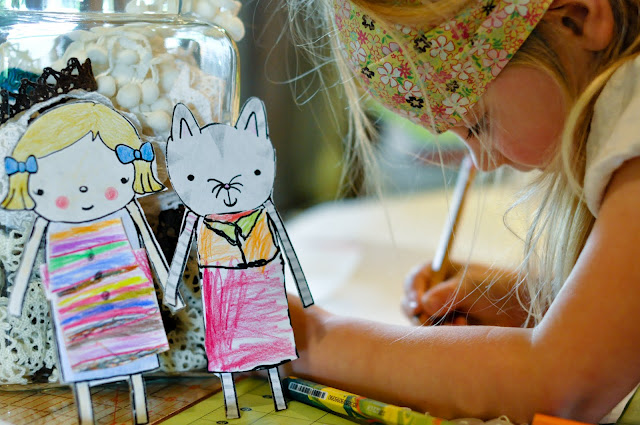 She was so serious about this, and played with her dolls nearly all day. 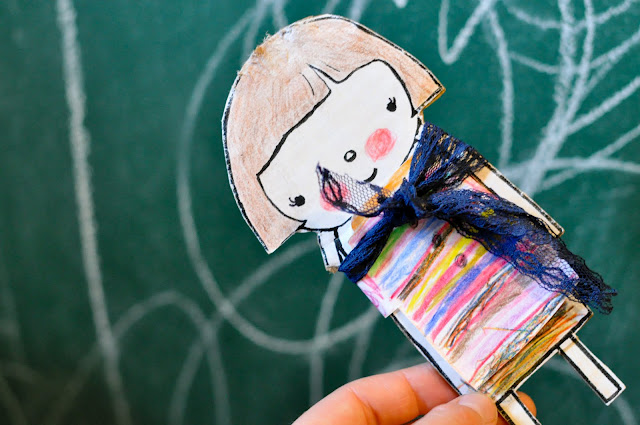 By mid-morning, Beatrix had chewed a bit on this dolly’s head,   pulled off an arm, and a lace scarf had been added by someone.  I think making clothes out of fabric and lace scraps would be really fun. The velcro would work great for those too.  Maybe we will do that tomorrow. 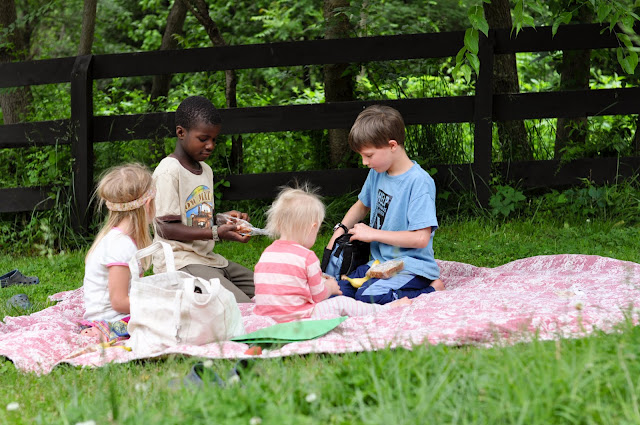 After a morning filled with drawing and cutting, my kids made themselves some lunch and headed outside for a picnic. 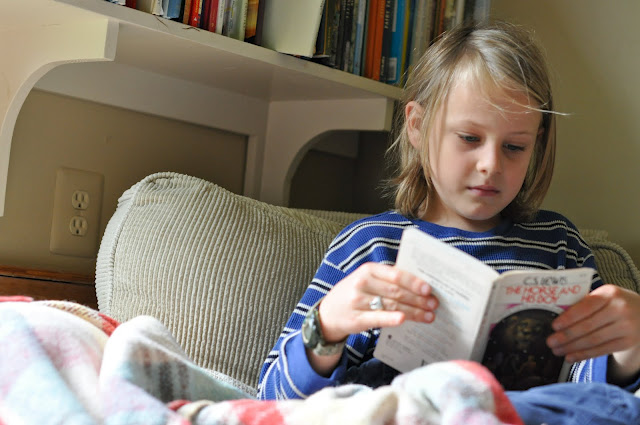 And Seth?  He was too engrossed in The Horse and His Boy

to participate at all.
**If you would like to print my paper doll drawings, you can download them:  Bunny, Kitty, Laura, and Lulu.  If you want to create your own, simply arm yourself with some liquid paper, a black marker, and Sarah’s original drawing.