I thought I might share a bit more about my photographs, just for fun:
A few weeks ago I got a new lens for my camera.  For the longest time I have been shooting with this lens: (Nikon 50mm f/1.8D AF Nikkor Lens for Nikon Digital SLR Cameras

)  rather than Nikon’s.  So far, I haven’t decided what I think.  I am often shooting in far from optimal light, and that seems to be the case for me especially these past few weeks, making it hard to love the photos I have been taking.  I definitely like the lower light capabilities of my new lens, but I still have a lot to learn in order to make it worth the investment.  So, that is just what I am doing; taking a lot of pictures (my best way to learn) and trying to fit in some book learning as well.  A couple of days ago we took an extended evening field trip:  first stop was Westmoreland Berry Farm for strawberry sundaes and shortcake, next we stopped at the lake for some swimming and a picnic supper, and finally we headed to the beach to hunt shark’s teeth and other fossils.  It was seven p.m. when we walked down to the water (low tide was at seven which is why we went so late in the day) and it was 9 p.m. when we got back to the van.  That just gives you an idea of what kind of late day light I was taking these pictures under.  The sun was setting as we walked the beach, and the moon was high when we arrived back at our van.  For each of the following photos I will include the ISO, f-stop, and shutter speed.  The setting don’t always make sense, since I often set things up for a particular shot, and then quickly have to snap an entirely different photo without time to change everything.  Of course, I am not a trained photographer, so there may not appear to be any real clear rhyme or reason as to why I set things up the way I do in lots of my photos.  I don’t ever use a flash, and that is true for these photos as well.  Lastly, I go back in forth between manual and aperature priority mode, and set my white balance to auto.  While I have played with the contrast on the following photos in Lightroom, I did not adjust the exposure or the white balance, and they are here in the order in which they were taken. 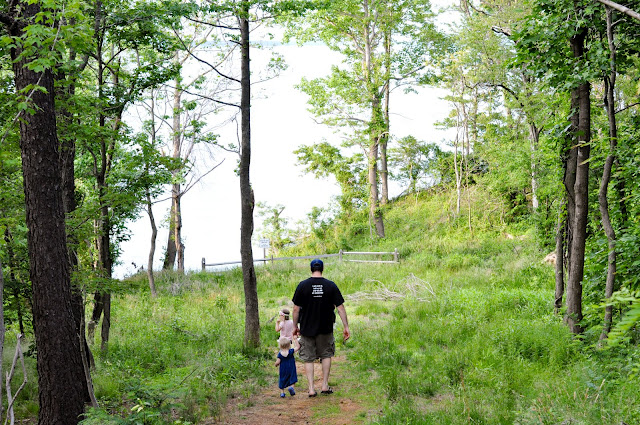 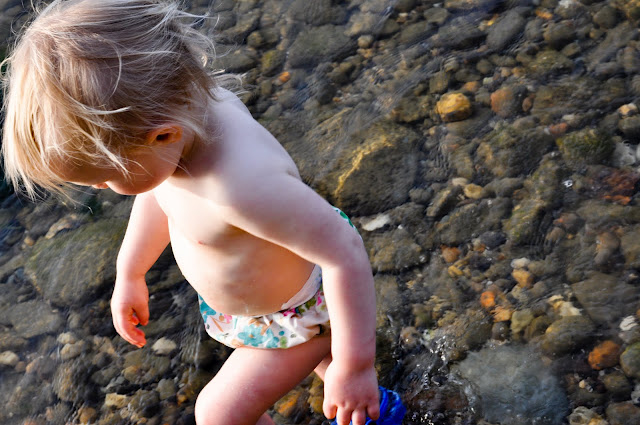 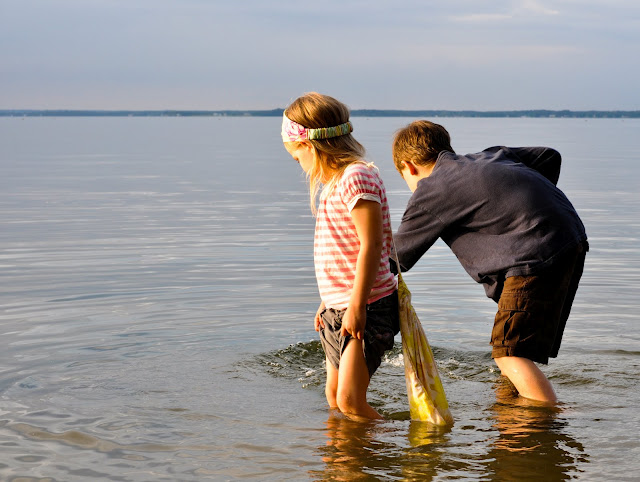 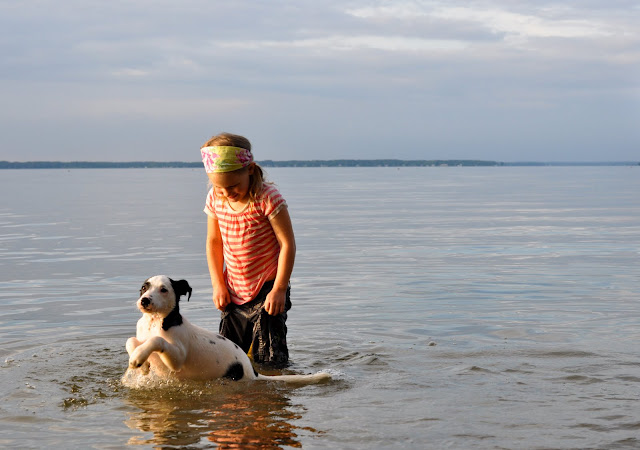 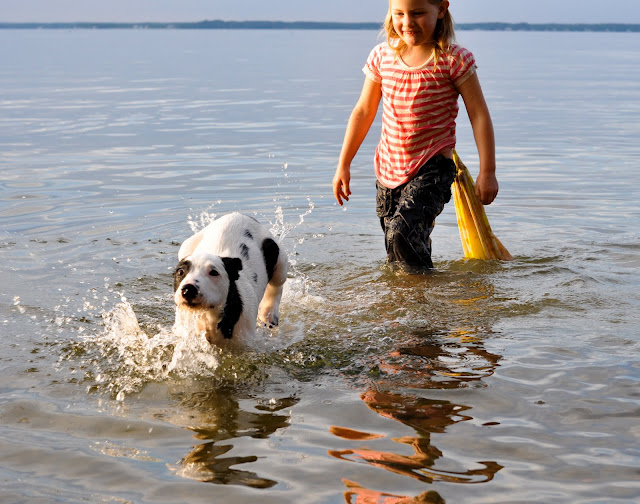 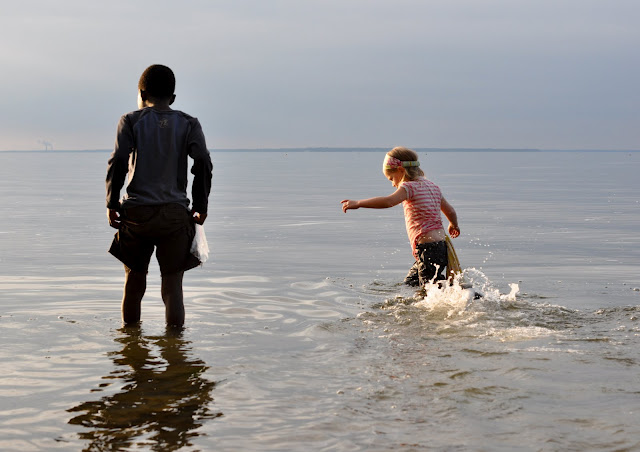 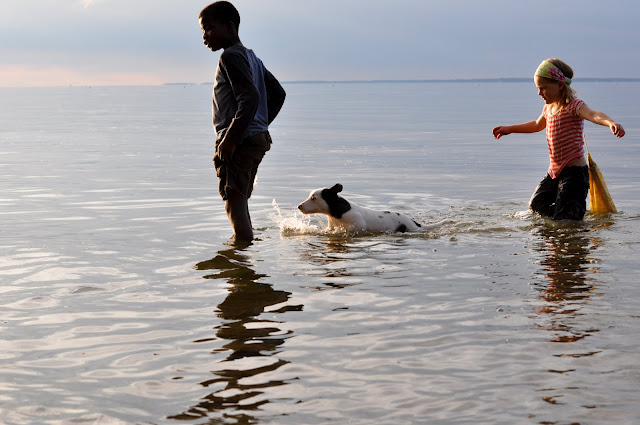 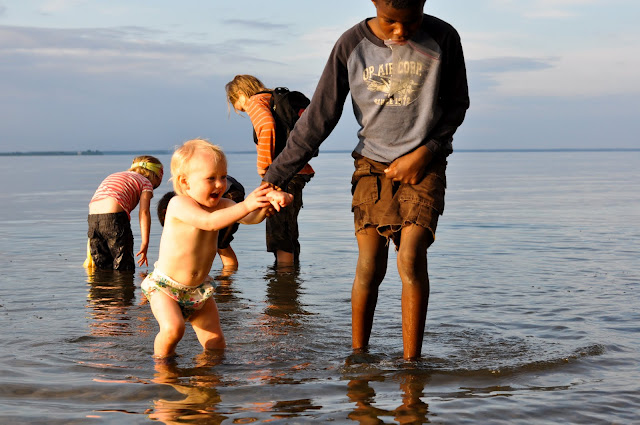 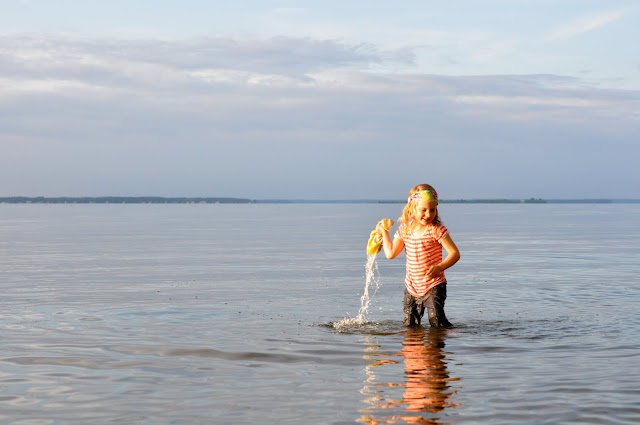 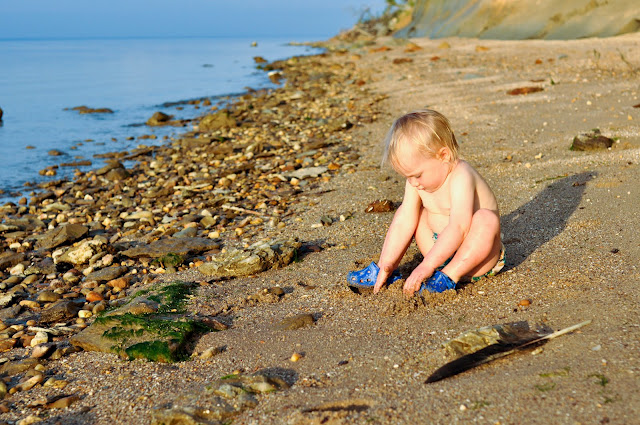 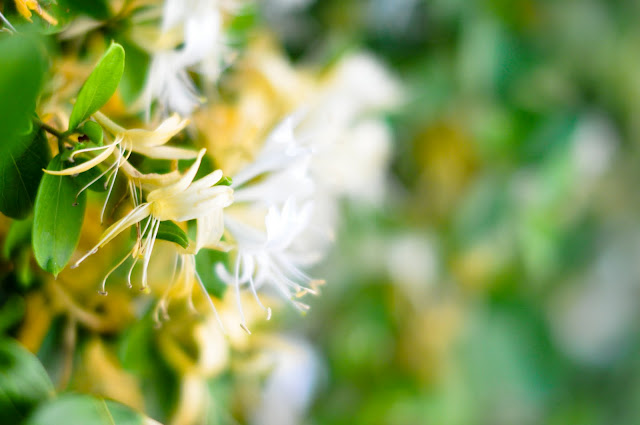 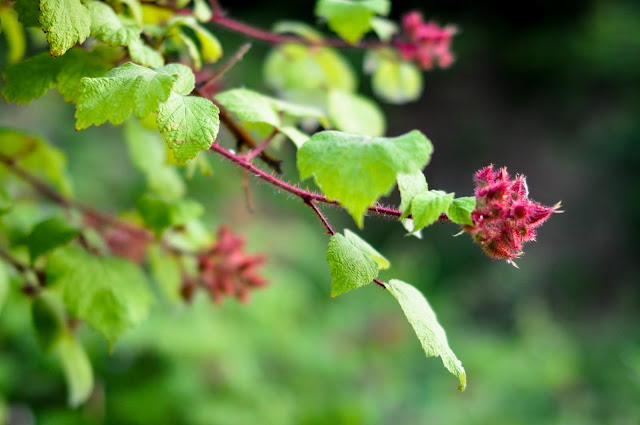 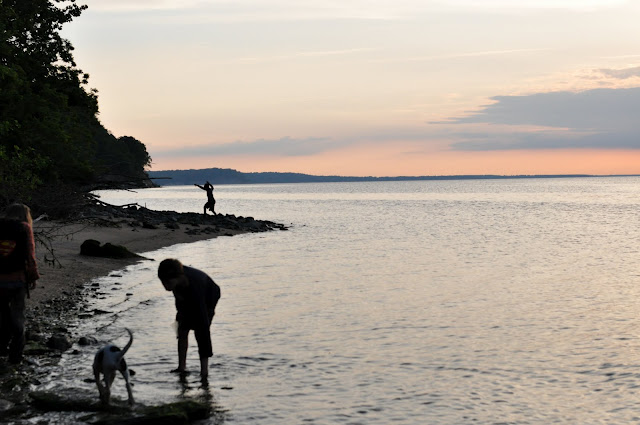 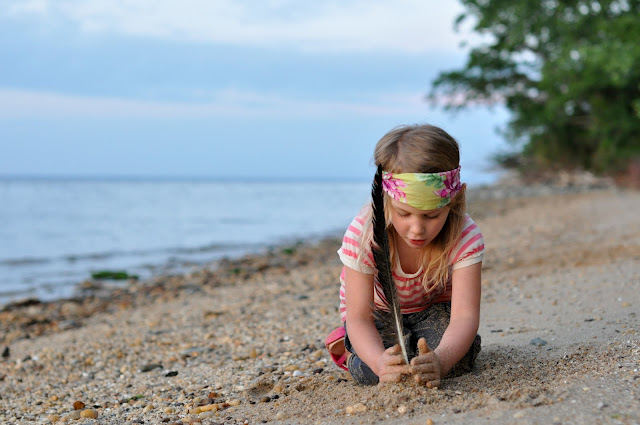 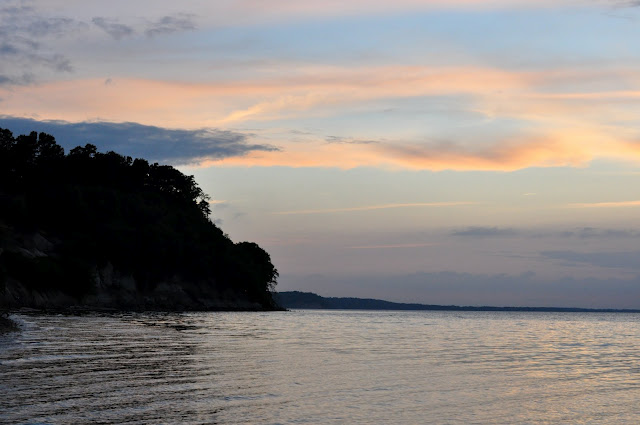 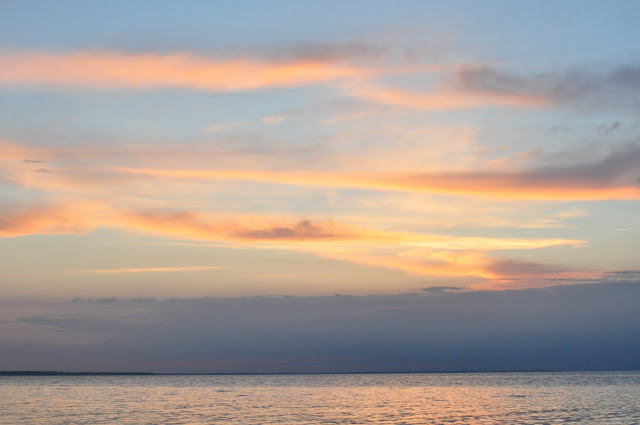 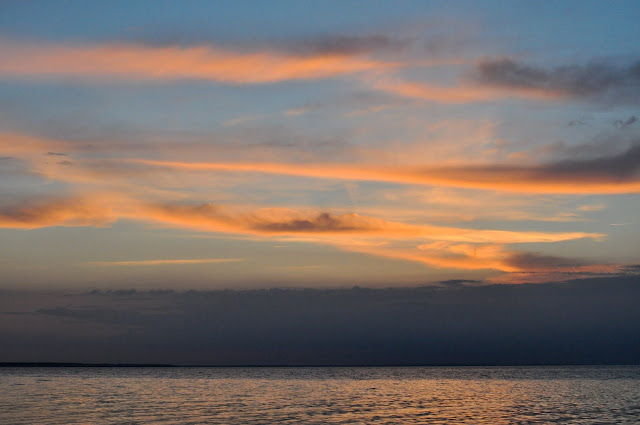 ISO 1600 f/8.0 1/640 sec
Increasing my shutter speed technically underexposed this photo, but it made the color more intense (than the previous photo taken a second or two beforehand), and more like what I saw with my eyes.  In general, I tend to prefer my photos to be on the underexposed side rather than overexposed. 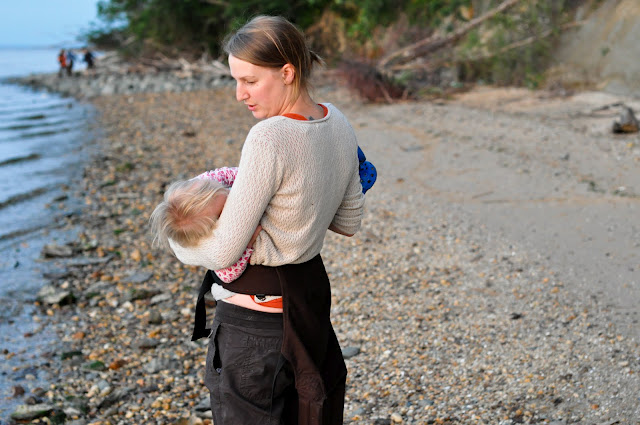 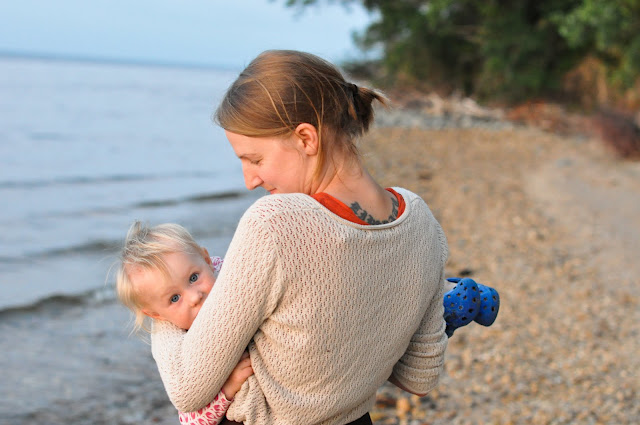 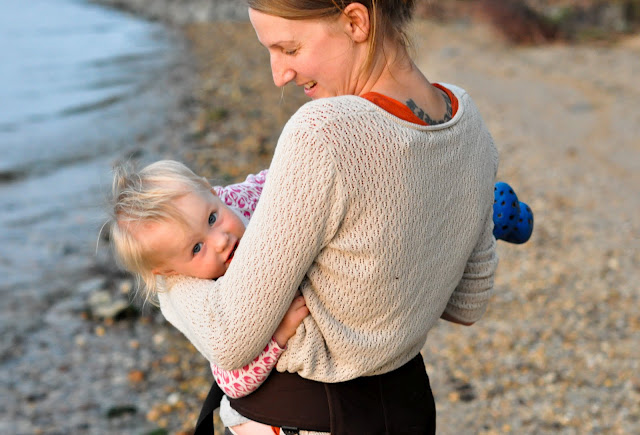 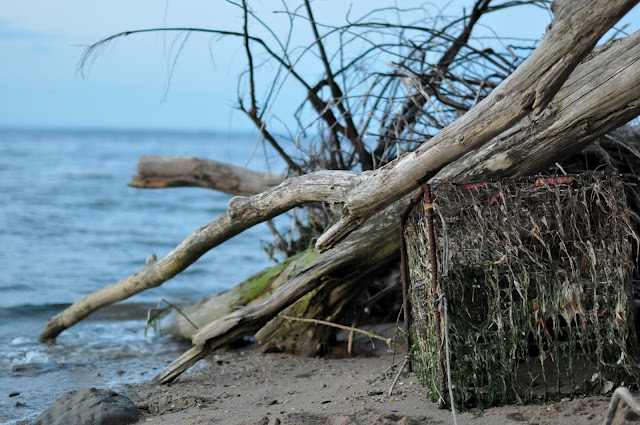 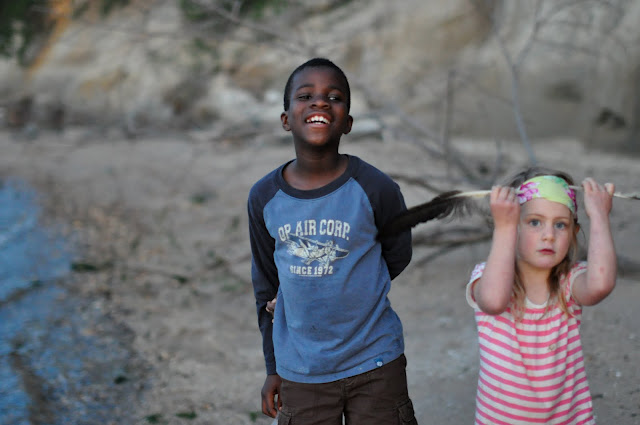 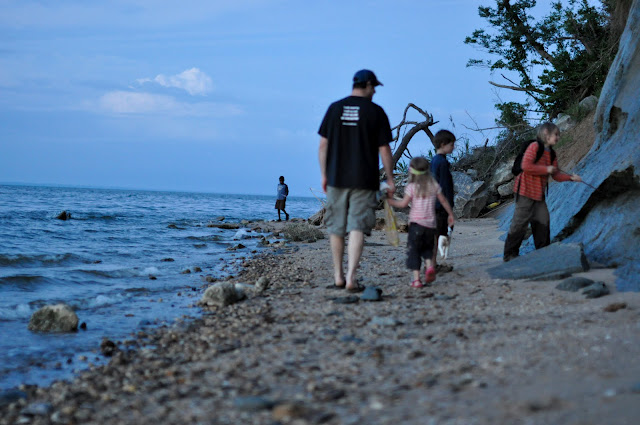 ISO 2000   f/1.4   1/40 sec
At this point things were just too dark and nothing is in focus in any of the rest of the photos.  I should have at least bumped the ISO up to 3200 to see what would happen, but I was carrying a crying baby on my back and didn’t think about it. 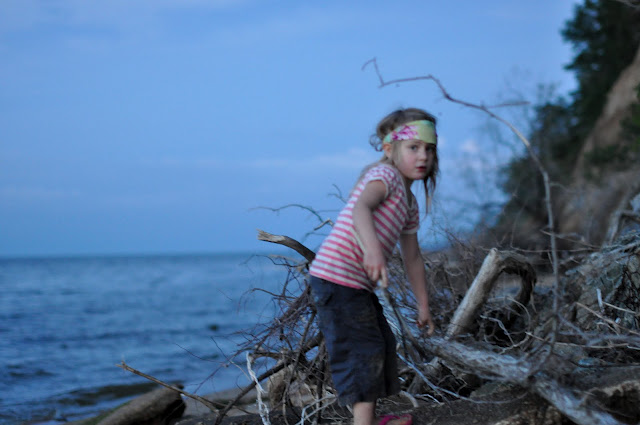 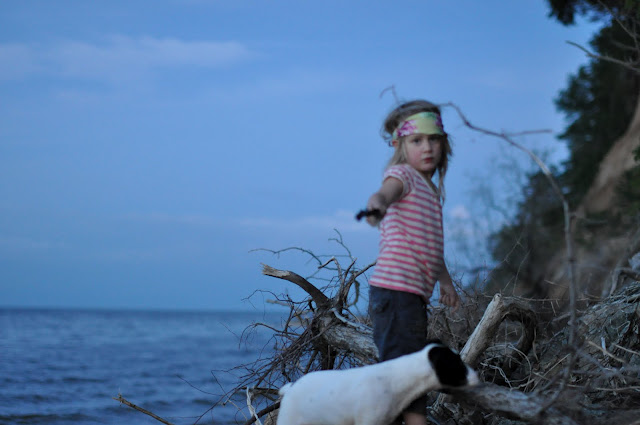 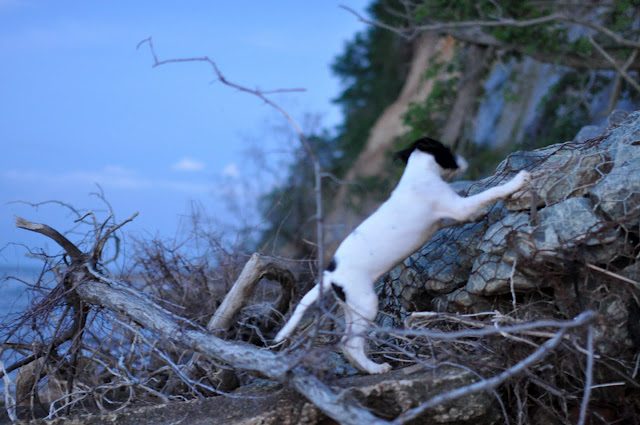 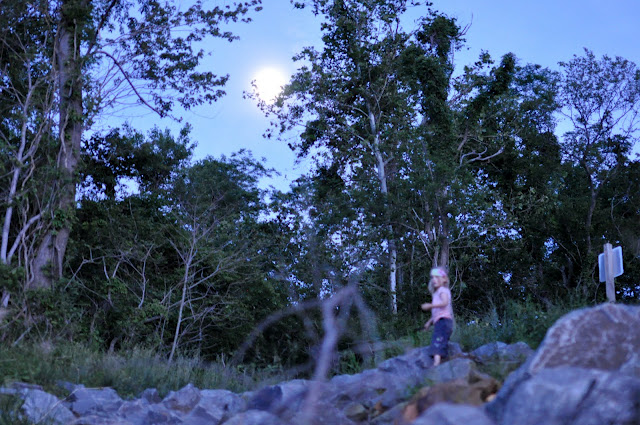 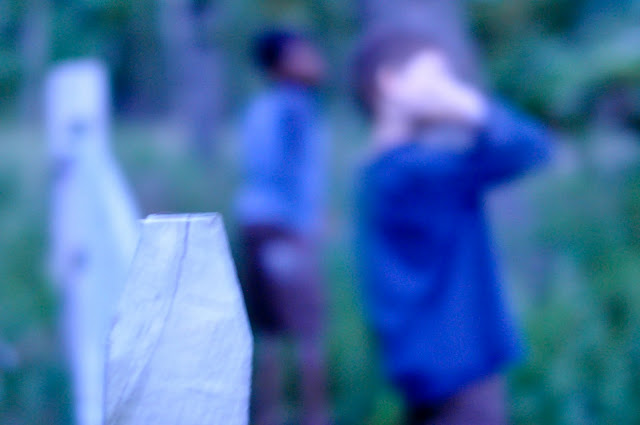