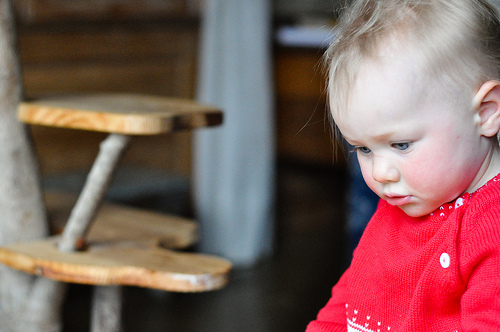 Beatrix is beginning to talk (earlier than my last two did, later than Seth.)  She says, “look” (while pointing with her dear little finger), “nana” (banana), “apple,” and honestly the cutest, “poo poo.”  I know I shouldn’t say that it’s cute, but the way she says it, it is.  The other night I commented to Jonny that Beatrix needed a diaper change at which Beatrix began to walk to each of her siblings to proudly announce, “poo poo” while pointing to her diaper.  Needless to say, everyone died with laughter.
The sweetest:  today she ran to me with arms upstretched while for the first time demanding, “mama! mama!” 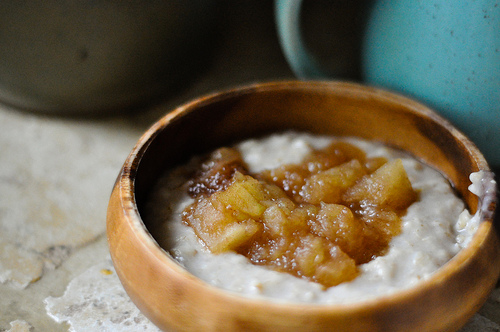 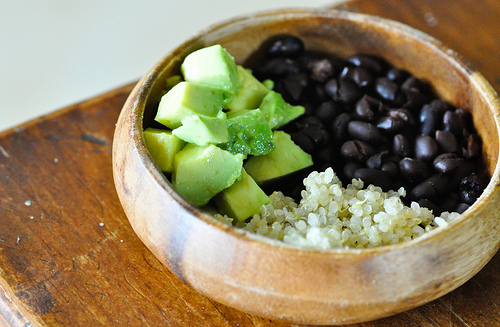 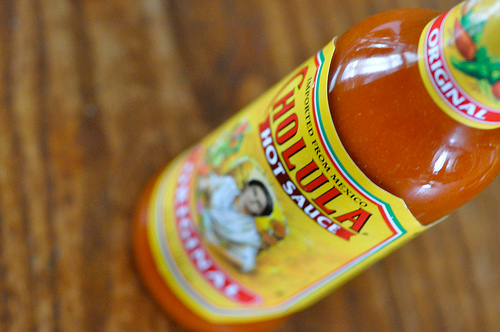 The rest of us had the same with a generous dose of hot sauce for me.  I developed a taste for this stuff when I was pregnant with Beatrix and unlike my weird mustard cravings, this one stayed with me after she was born. 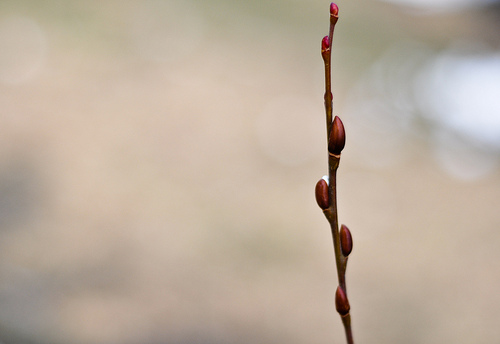 Spring is definitely in the air.  The goat (pussy) willow is about to blossom, 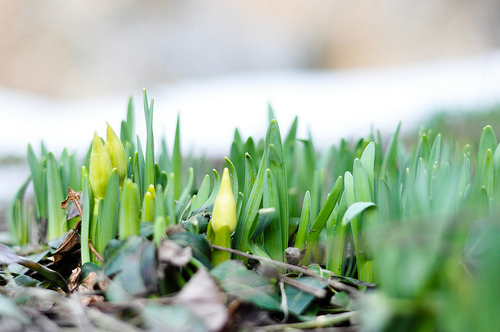 and the snow has melted to reveal daffodils! 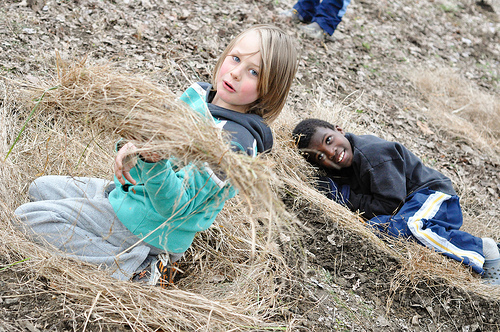 My children are building nests on the ground.  That’s a sure sign that spring is near, right? 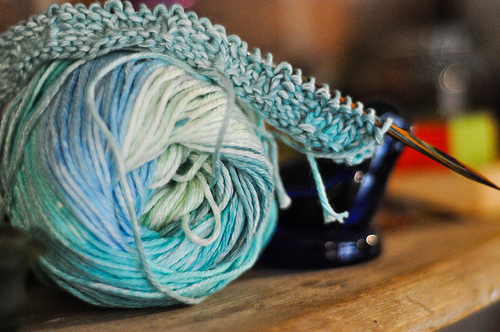 I am between knitting projects (too much birthday sewing!), so I purchased some self striping sugar and cream (or is it peaches and cream, or wait, sugar and spice?  nevermind, you know what I am talking about.) and am knitting some, well “a” fresh springy dishcloth.  Maybe I’ll will get around to knitting more than one;  I hope too.  I don’t know if I have ever mentioned it before, but I have never knit a scarf.  I found dishcloths to be far superior first knitting projects when I was first learning.  The cotton yarn is cheap too.

Oh, and I butchered Keats’ hair.  He had such nice pretty hair, but wanted it cut, (he doesn’t think boys should have pretty hair) so I obliged him which was a mistake.  I should never be allowed to handle clippers.  I kept trying to “fix one more thing.”   Lots of uneven baldish spots later,  I was in tears and  Keats looks like he’s ready to join the military.  Fortunately, he doesn’t care and it’s not as bad as Seth’s last bad haircut.
Thank goodness hair grows.