So again, I didn’t do a great job with the pictures.  I didn’t take many at all in the theme parks because one, I was having fun, and two, those just aren’t really the sorts of photos I am drawn to taking.  Based on the photos I did take you would think we spent most of the week at the Shrine and Homosassa Springs Wildlife park, but those were just small parts of the trip (really pretty small parts.)
Some of these photos were taken by Jonny, thought I don’t remember which ones. 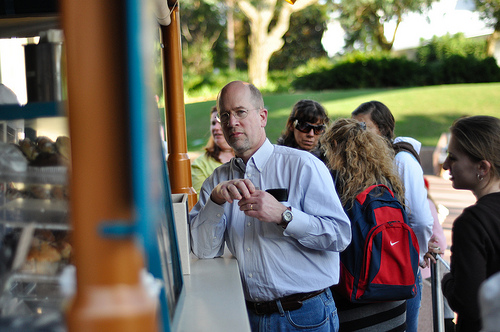 That’s my dad.  He’s hardly changed a bit has he?  We celebrated his birthday while at Disney, along with my sister Sarah’s birthday, and Keatsy baby’s. 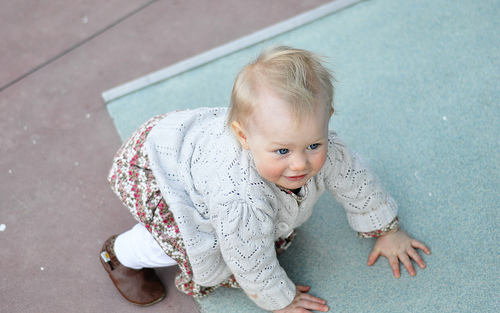 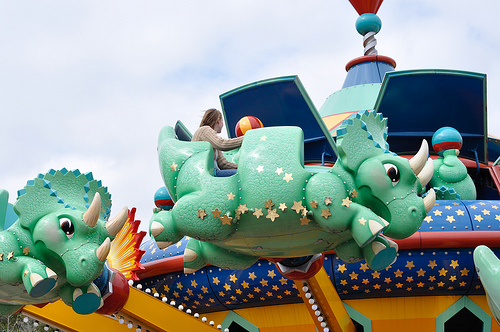 That’s me in the beige sweater riding the dinosaur.  Larkspur and my nephew James are riding with me as well.  When this ride started I noted that we must have gotten the broken one because our dino just spun around and didn’t fly up into the air like all the others.  Then I noticed Jonny yelling at me from the ground to pull the lever.  I am just not an amusement park pro I guess. 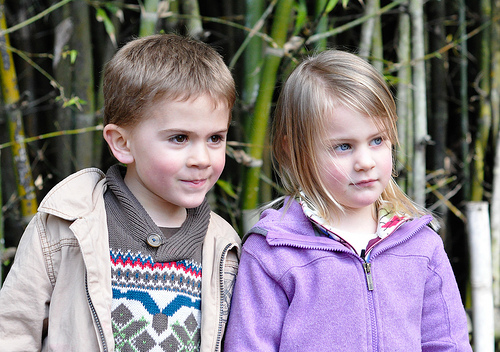 My nephew James with Larkpur.  James is a little spitfire.  My favorite kind, and cute as can be.  He and Larkpur had a great time together. 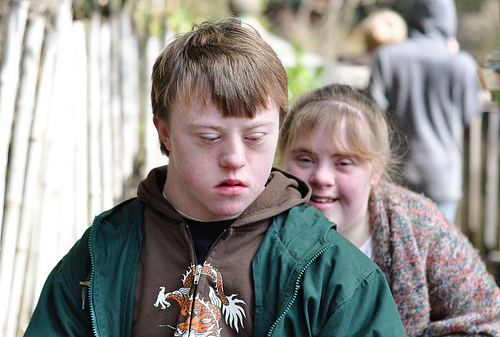 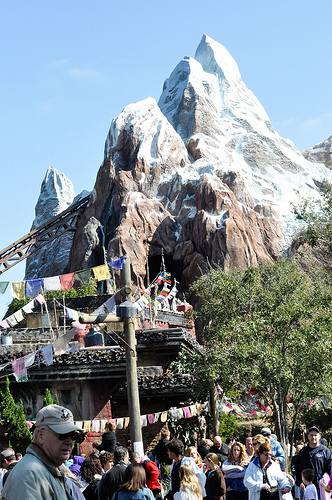 This is the Mt. Everest roller coaster at Animal Kingdom.  The kids were crazy about it.  I already mentioned what I thought. 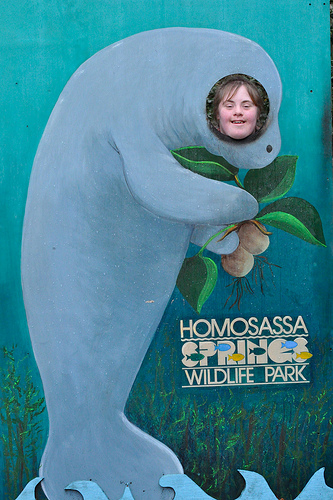 There’s Erin again.  She wanted me to take multiple shots of her posing with this sign.  She’s a real hoot. 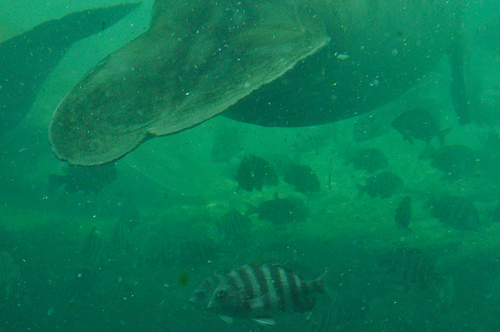 Our plan was to take a boat out in Crystal River in hopes of seeing manatees, but it rained all day, messing up our plan.  Luckily we found this park that has a group of manatees living in a sectioned off spring, waiting to be ready to be released back into the wild.  There was a viewing tank sunk into the spring itself which was actually pretty amazing.  We were able to get such a good view of the manatees while still feeling like we were in their natural environment. 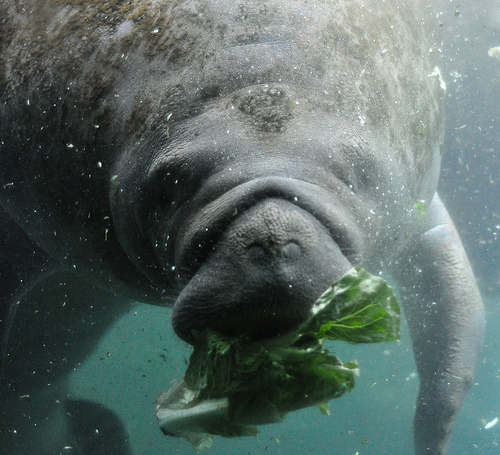 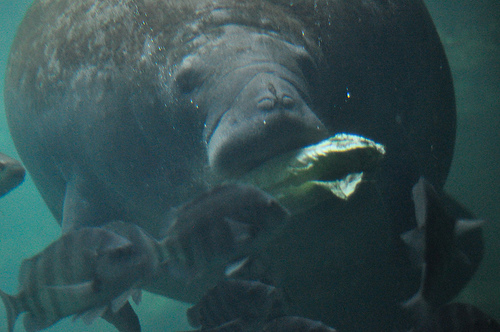 I believe this girl is named Rosie and she weighs three times what a manatee in the wild would weigh.  She’s quite large and the only one that will never be released because she has been in captivity for too long. 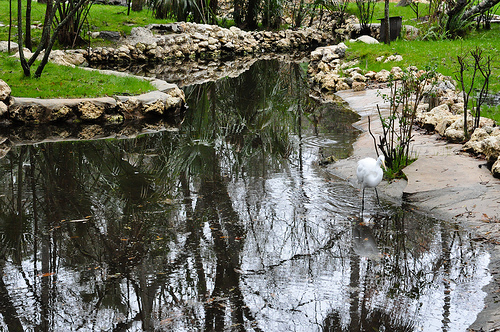 This park was incredibly well maintained and beautiful.  All the colors were so vibrant. 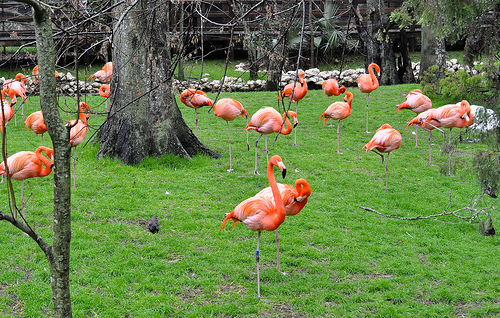 I have never seen such colorful flamingos as these. 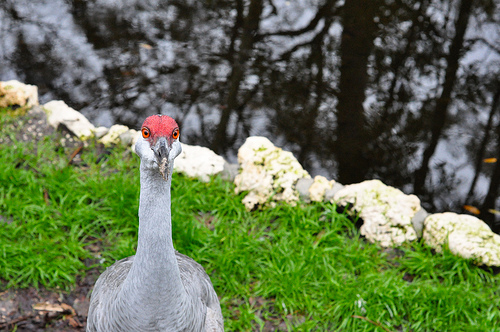 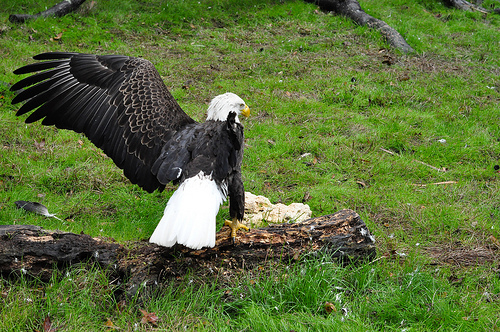 There were two bald eagles in the park.  Both were there because they had lost a wing to gunshot while living in the wild. 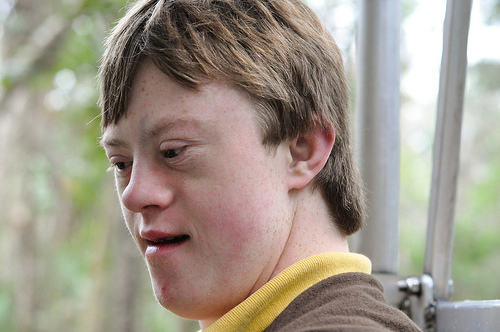 My brother Sam is autistic in addition to having down syndrome.  This trip was the most time I have spent with him in many years (he lives in New Mexico) and I felt like I got to understand him better than I have before.  He is not very verbal so you really have to spend some time with him to start figuring out what makes him tick.  It turns out he’s a thrill seeker and would ride roller coasters over and over again! 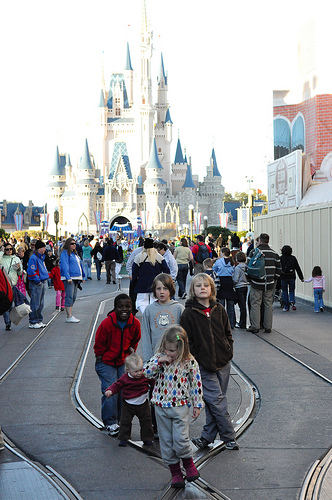 This was our last day at Magic Kingdom and it dawned on me that I better try to get a photo of my kids with the castle in it.  This was the best I could do. 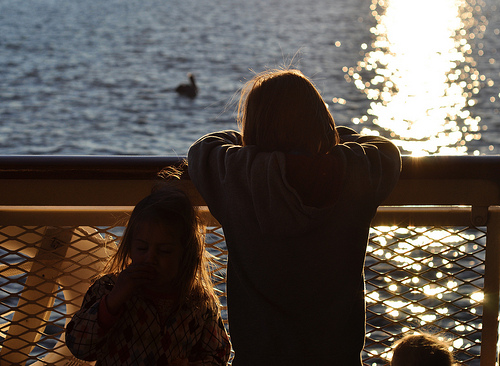 Riding the ferry back to our car. 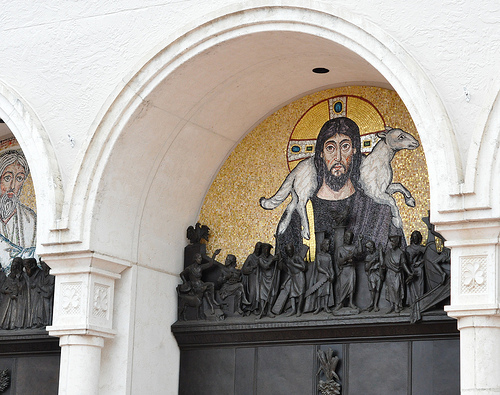 We visited the shrine on our way out of town. It is a very beautiful place. 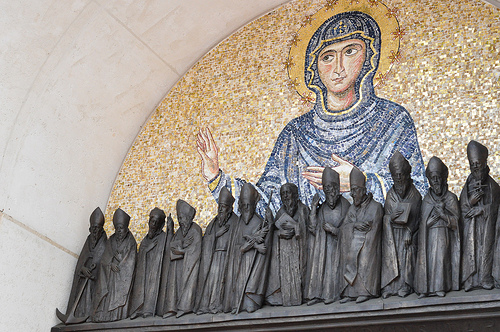 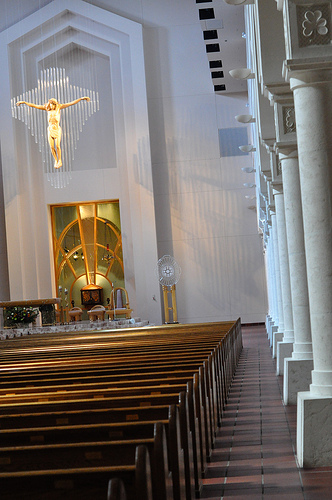 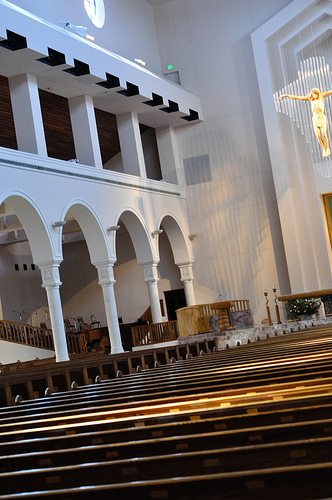 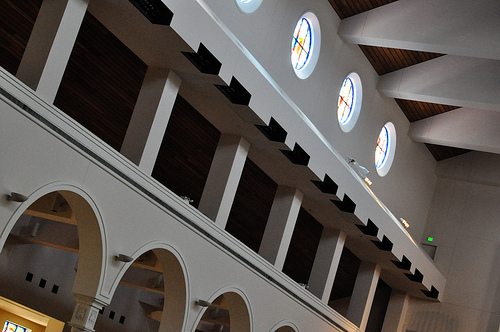 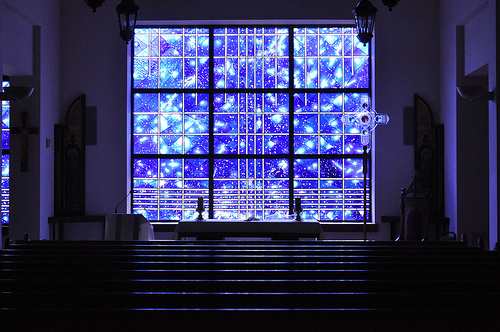 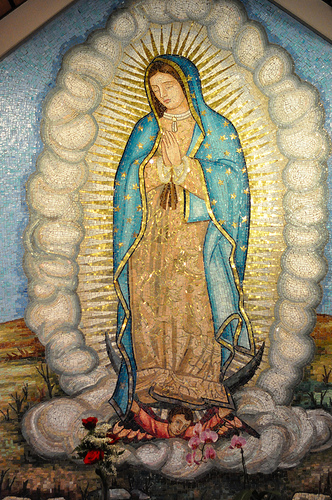 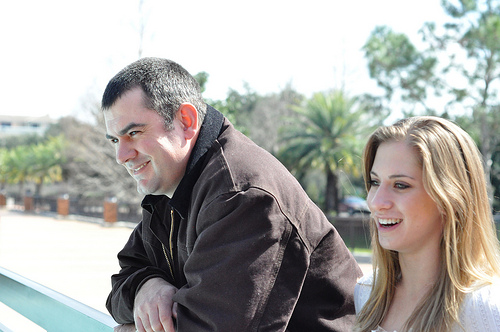 And here, at the very last minute (we were about to say goodbye) I snapped a few photos of my family.  This is my sister Sarah and her husband Jim.  I sure wish we lived closer to them.  I guess Jonny does too because he is spending all his spare time searching for houses in New Mexico (Jonny’s job is unique in that he works from home and in the next year or so things should be worked out in his office so that we can move anywhere in the country.) 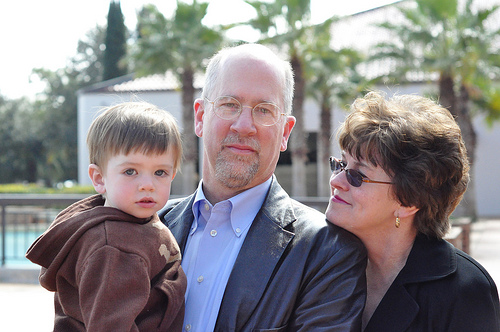 And that’s my dad again with my stepmom and Sarah and Jim’s baby, William.  He looks just like Sarah did as a baby.  So, so cute.

Next week I’ll be back with our regular old life again.  I’ve got some knitting to share and birthday plans for Larkspur!  Oh yeah, and I guess I better get back to homeschooling.  I think we’ve had a three week break.  Oh man.