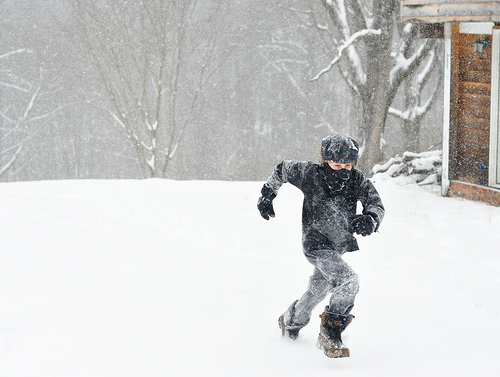 They were saying 2 to 4 inches.  I think we have over a foot of this white stuff.  Snowed in for sure, and I am all out of cocoa powder dang-it. 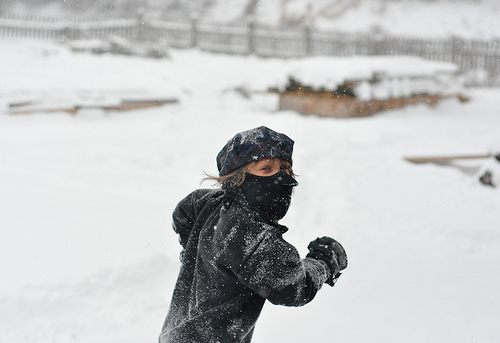 This boy, (Keats in case you can’t tell what with the burglar mask and all) is turning seven in about ten days, and since we are going to be on vacation (did you catch that…vacation!!??) we are supposed to celebrate this weekend, tomorrow actually.  The lack of cocoa powder is a problem.  He wants chocolate cake.  I think I may have convinced him that a coffee cake would be nice, and we would even let him have a little coffee to go with it.  More like a mug of warm sweet milk, with a splash of coffee, but good enough, right?  We don’t want to stunt his growth.
(has anyone tried the sour cream coffee cake recipe on the back of the Pamela’s gluten free baking mix?) 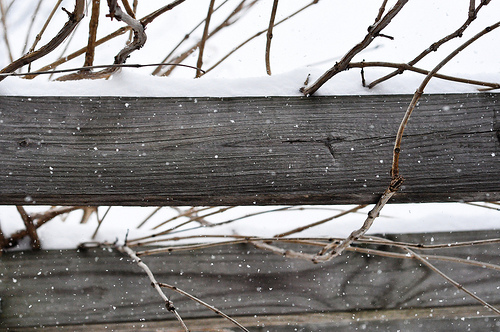 It is way too cold for me to go out taking snow pictures, so I just took one of the pergola that covers our back porch.  Good enough. 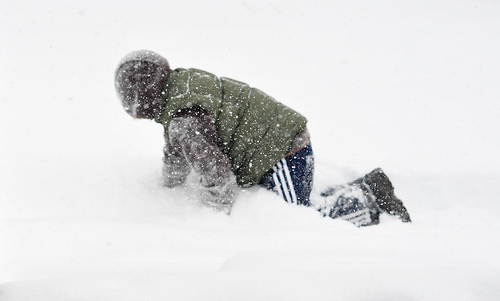 Well, and one of Seth the human snow plow.  That is literally what he was doing, crawling around the house on hands and knees, making a path through the snow.  He claimed that the cats really appreciated it.  I heard him sighing to himself once that he was going to have to keep doing it if the snow kept falling at “that rate.”  And that the whole process takes “thirty minutes!”  Poor guy. 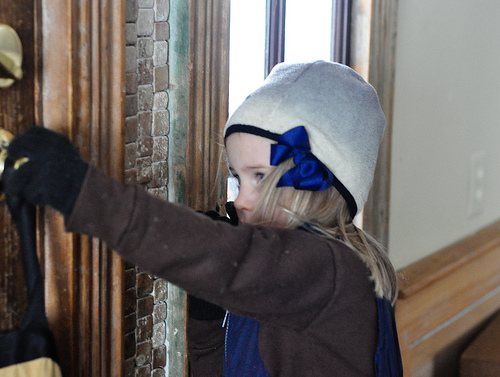 Larkspur made several trips outdoors with a different outfit on each time. 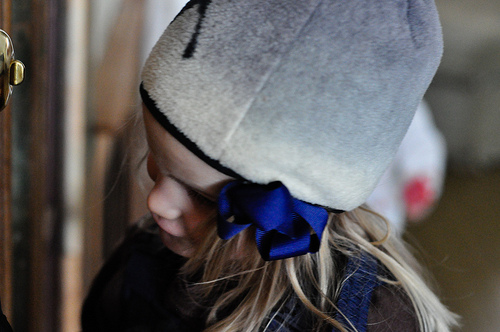 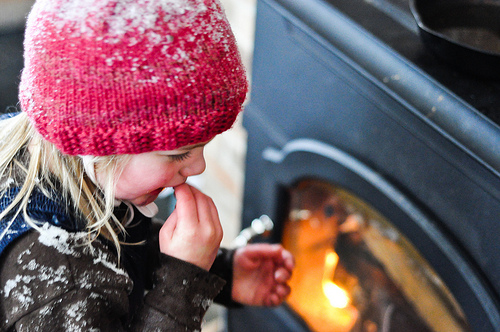 Every single trip out ended with her coming back in crying over her frozen fingers.  That didn’t stop her from turning around and going back out.
Poor Gabe was having one of his mysterious sick days in which he stayed in bed not feeling well for a few hours.  We used to blame these episodes on malaria, but I don’t think we can anymore.  This time he wasn’t running fever, and he seems fine now.  Who knows. We recently repeated all his blood work and he has a 100% clean bill of health.  Maybe he picked something up at the Children’s Museum.  It did feel a bit like a big germ fest.
Have I mentioned that we don’t run our central heat at all anymore?  We had a very huge power bill last month, and haven’t turned on the heat since.  Good for the budget and the environment as well.  The woodstove is doing a pretty good job, although we don’t usually get above 65 degrees which is hard for southern me.  There is something so very Little House though about waking up to a freezing house, getting the fire going, and then having family life center around that little stove all day.  Jonny has even set up his office in our little living room.  It’s pretty cozy in here.  At night I scoot the couch up to within a couple of feet of the stove, very cozy indeed.  I like that the way we are living now, seven people in 1495 square feet (yes I am counting) is forcing us to really live in our house in the way that is most useful, not necessarily the most beautiful.  There is real beauty in that.  Everything is functional and I feel like we are doing well.  Sometimes I do look forward to the day that I am not sharing my bedroom with two little girls, but honestly, not usually!
So anyway, we’re snowed in, it’s cold and a little crowded, but life is good!