My days have become awfully busy.  I find myself recently really wishing for an extra two hours in the day while simutaneously trying to get myself in bed before midnight and thus giving up those late night hours of business.  Last night I was so proud of myself because I made myself put my knitting down, and thenthe new book I am readingdown before eleven p.m. and go to bed. That was hard for me.  Then, Beatrix was up most of the night so it felt rather pointless to get in bed early only to be nursing a fussy baby all night.  I do not fall aslseep quickly, and she typically wakes up before I have gotten to sleep.  I wonder if there will be more teeth arriving soon?  She only has four so far. 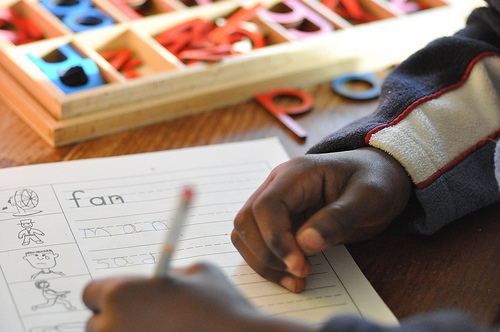 Homeschooling is occupying more and more time largely because we are now using Rightstart Math for all three boys which is more time consuming than other math programs, but really good and worth it.  Gabe is also just starting to learn to read and our lesson time has gotten longer and more involved. 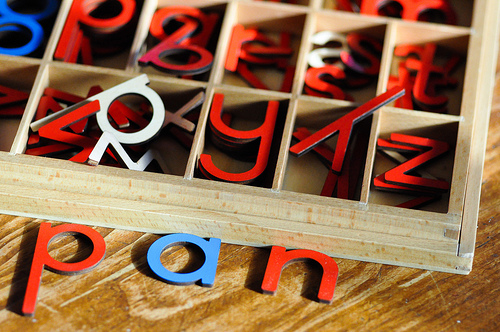 Gabe struggles with blending letter sounds into words.  I have found that while he cannot sound out the simplest of words on paper, he can build those same words with the moveable alphabet if I say them out loud and ask him to build them.  Can someone explain that to me?  Maybe this is just the natural progression.  I know that after learning the letter sounds in Montessori schools, children then start building words with the moveable alphabet.  At any rate, we are using our moveable alphabet to assist with our lessons everyday which mostly just subsist of working through Explode the Code workbooks.  Over the past year he worked through the Get Ready, Get Set, and Go for the Code Books A, B, and C and is just recently working in Explode the Code book 1 which begins to introduce vowels and small words.  One part of our struggle is that he was taught to spell and recognize a lot of words in Liberia, but he learned those by memorizing them, not by using phonics.  So his brain has been trained to memorize words rather than sound them out.  We are slowly making progress though, and there is no hurry.  He wants to learn and I am just moving at his pace.  Once he is ready we will move on to the Little Angel Readers series, as I have used them with both Seth and Keats and really like the program. 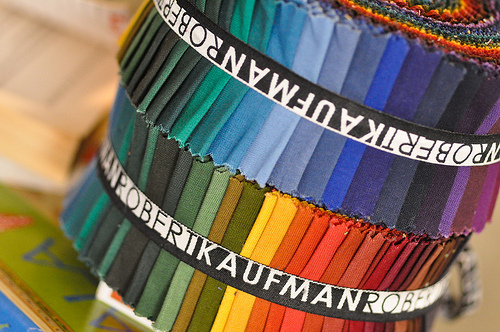 On a totally different topic, I am embarking on my first big quilting project.  I am planning to participate in a paintbox quilt-along, but it will be at my own, much slower pace.  I am already behind as my fabric rolls just arrived today and I probably won’t start sewing for another week.  No matter. 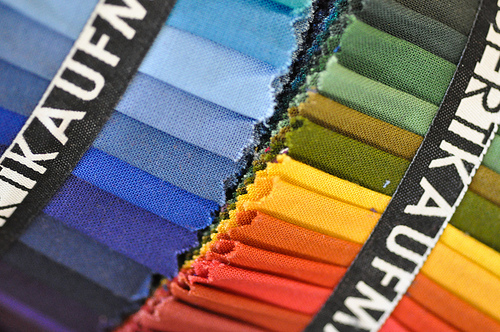 If I pull this off it should be a really pretty quilt.  If…. 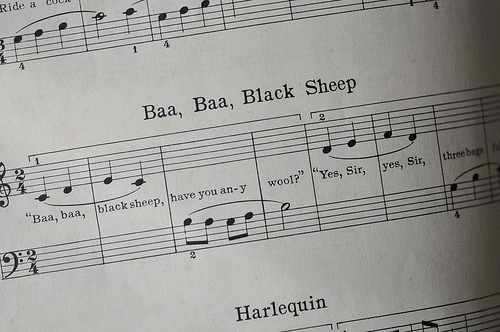 Piano is going well, although the whole bass clef thing is very tricky.  I can now play a rather odd version of Baa Baa Black sheep. 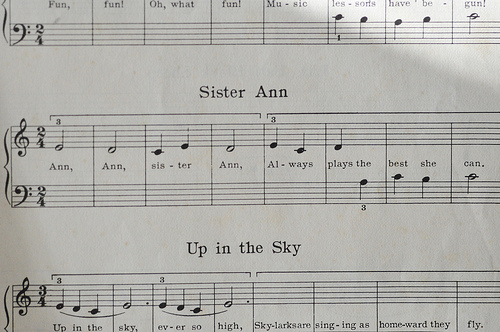 But the simple little song that I walk around singing is “Ann, Ann, sister Ann….”
Seth and even Keats do a lot of gloating over the fact that they are more advanced than I.  Seth has this terribly rude habit of sitting down next me and playing my songs when I am messing them up.  One of these days I’ll show him.  I intend to practice my hardest sometime between homeschooling, laundry, nursing, cooking, quilting, and a few other things. 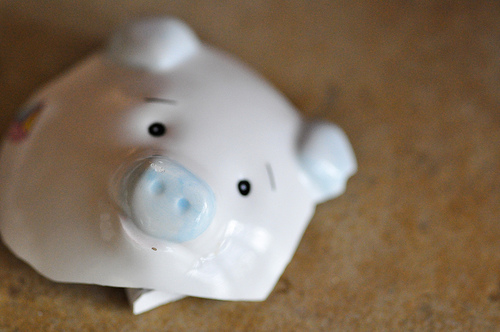 And just because Larkspur would want to have it documented, yesterday she broke her “money pig.”  It was horribly traumatic.  She cried next to me in my bed for about half an hour and if you could hear the torment in her voice when she sobbed, “I was being careful and it just slipped through my fingers!”  you would be heartbroken too.  I comforted her with the story of when one of the boys knocked my favorite antique frosted glass lamp (with little pink flowers painted on it) off my bedside table breaking it into pieces.  She wanted to hear that story twice.  Of course I added that it was just a thing and things shouldn’t really be that important.  But, she is a three year old, so we have a ways to go in that department.  She replied that if she’d been around she would have gotten some super glue.And while we do not have television, or get the paper (and so are not seeing all the news coverage), we are very much praying for Haiti right now, and I am especially thinking of all my blogging friends who have adopted from Haiti or are in the process.  I pray that all your news is good news.  I am not going to write my own post on my thoughts, because I feel like everything has been said.  I really like her take on things, and I do pray that once Haiti leaves the headlines that people don’t let themselves forget that every single day there are people suffering with or without natural disasters that plaster them across the news. We can all play a part however small in making a difference.