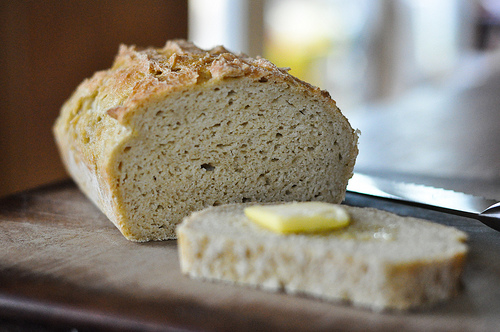 I think it must have been about two years ago now that I put Seth on a gluten free diet in hopes of lessening some of his “issues” that stem from this Asperger’s thing he was diagnosed with a couple of years ago.  (Our main concern is the fact that he is extremely impulsive.  All the other stuff is just who Seth is.  Two years out, we don’t put too much weight into the diagnosis. We just view him as a child with certain traits.  Anyway, I am digressing.)  While on the diet we saw a huge improvement in not only his behavior, but all of his allergy symtpoms disappeared as well.  The dark circles under his eyes vanished as did the snorting thing he was always doing.  An allergist had told us that his allergies to dust, pollen, mold, etc. were so severe that he needed daily meds, allergy shots, and that he was high risk for developing asthma. (We did meds for awhile, but never the shots.) So, this last time I put him on the diet, I stuck it out for, well I don’t remember, must have been around 9 months.  Then Beatrix was born, and the boys came home from Liberia, and I couldn’t do it anymore.  A few months later, I tried it again, but decided that it didn’t help anymore after two weeks or so.  Number one, two weeks wasn’t long enough, number two, I just had too much on my plate and didn’t want to try to feed one child out of six a special diet.
All this leads up to why I decided to go gluten free myself about a month ago.  I realized that number one I am always feeling like crap, and looking back at my childhood I have had many of the same issues as Seth, including eczema.  Number two, if I can go gluten free myself, then I can probably get the whole family gluten free, which would mean making this work long term.  When you are cooking for a crowd, it is really hard to feed one child a separate diet and keep everyone eating healthy whole foods, not processed alternative foods.
Basically over the past month I have eliminated all gluten from the house with the exception of the biggie, bread.  While I haven’t eaten it, I have still fed the kids whole wheat bread.  For me, I have just gone totally without bread which is hard considering the fact that I have been grinding my own wheat and making and eating really yummy homemade bread for many years.  I used to make gluten free bread for Seth, but it wasn’t worth all the work.  I never liked the taste or the texture. So, when I heard about this cookbook, Healthy Bread in Five Minutes a Day, and the fact that it contains a few gluten free recipes, I decided to order it and give the bread thing another try.   I knew that if I could master the bread thing, then I could eliminate gluten from the whole house.  So a couple of days ago I made the recipe for the gluten free crusty boule, and baked it in stone bread pans.  It was incredibly easy (and yes, very fast), and it tastes like sourdough bread.  Even the texture is good.  Everyone ate it and loved it, although I was such a fiend after my month long bread fast, that I didn’t share very much.  So, now the trick is making this affordable.  I can grind my own brown rice flour, although it takes forever to grind, and surely there are some inexpensive sources for some of these other ingredients out there.  In the meantime I am just excited to get Seth back on the diet and see what happens.
Oh, one other thing we cheat on is oatmeal.  I can’t eliminate that and can’t afford to buy the specially processed stuff.  Maybe we could just grow our own?  I mean that in a halfway serious way.  Any tips? 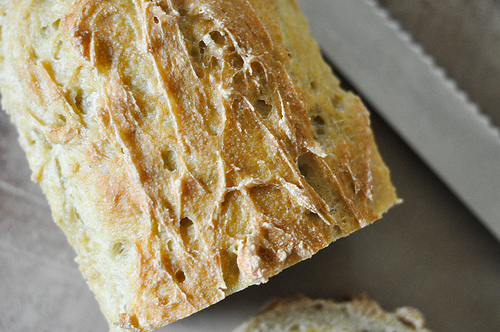