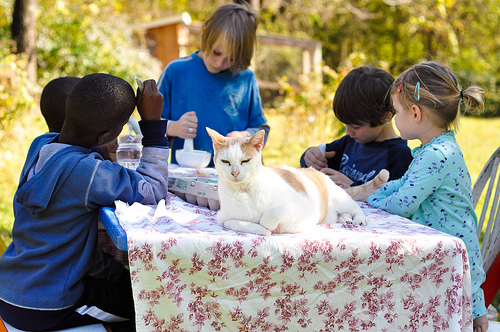 If you’ve been reading my blog for anytime at all, chances are you’ve seen Willy.  He was my first cat, the one I snuck into my bedroom as a kitten when I was still living with my parents, almost fourteen years ago.  Of all our cats, he was the one that always placed himself in the middle of anything we were doing, always greeted guests, and was loved by all who knew him.  The picture above was taken just a month or two ago. 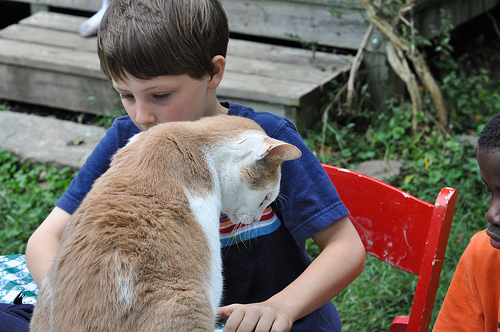 Willy was always in the middle of our outdoor crafting sessions. 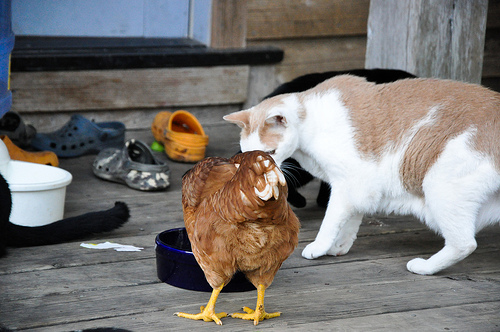 He wasn’t quite sure what to think about all these chickens, raiding his food dish. 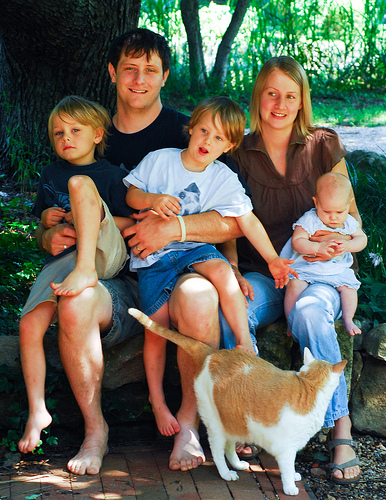 (this photo and the next four taken by Lori Elizabeth-back before she was all professional)
There’s no time for a long trip down memory lane, revisiting the many pictures of Willy from the past fourteen years.  But, I found a few to share in honor of the time we shared with him. 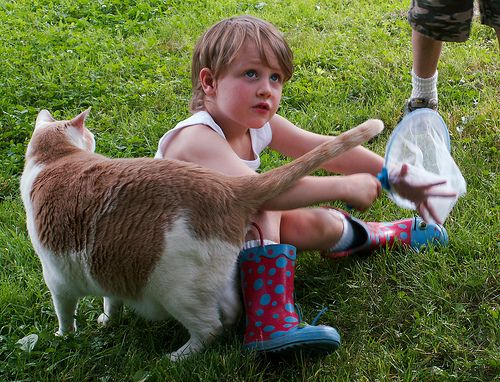 He was a big boy, twenty one pounds to be exact.  (That’s my Keatsy baby in the boots) 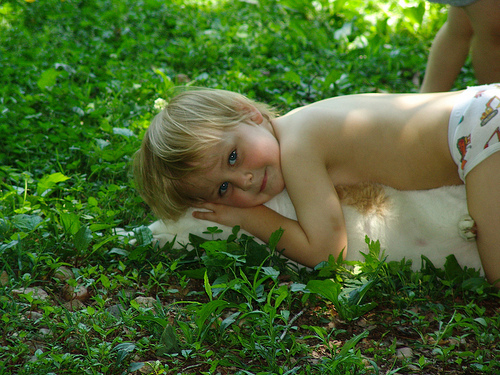 And here he is acting as a cushion for Seth.  Not sure what Seth was doing in the yard in his underwear.  I bet my mom’s going to insist I remove this picture from the blog-but I wanted to demonstrate Willy’s tolerance for children. 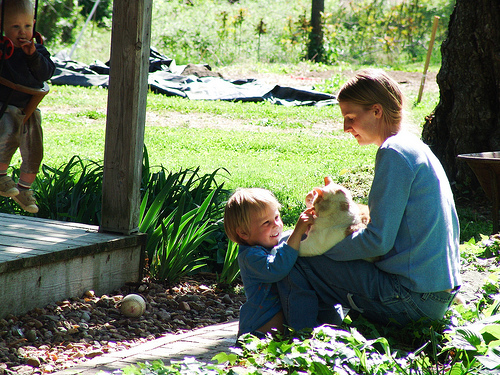 That’s Seth at age four or so, and Keats in the swing.  And of course that’s Willy in my lap. 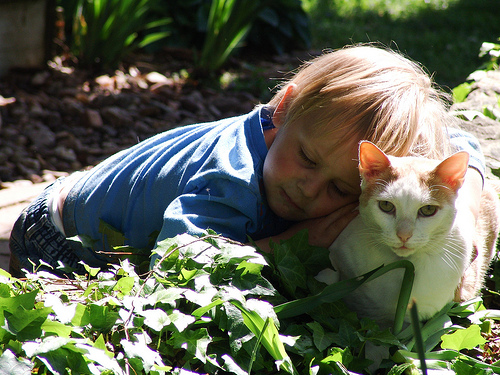 He was loved and he’ll be missed. 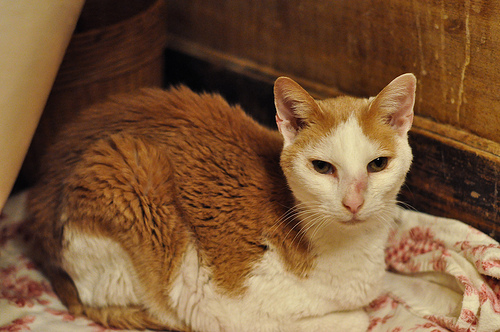 A few days ago we noticed that Willy wasn’t looking so great.  I brought him inside, setting him up in a bathroom with canned food and a heating pad.  He was barely eating but wasn’t acting uncomfortable.  His fur was dull though and he was incredibly thin-something that seemed to happen almost overnight. 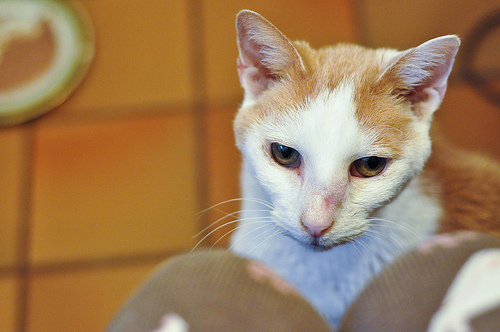 Then yesterday I noticed that the bridge of his nose was looking swollen.  So I took him to the vet and he got a diagnosis of aggressive cancer of the nasal cavity.  There was nothing to do but put him to sleep. Had this happened a few weeks or months ago, I would have been pretty darn sad.  With all that we’ve got going on right now, I shed some tears but I can’t linger over Willy’s passing right now.  I feel sort of weird even posting about a cat right now, but he’s been a part of our lives for so many years and I couldn’t ignore that because of the timing of his death.  I did love him, and we will all miss him, especially Larkspur who considered Willy her “fwind.”  It’s actually going to be pretty weird not having him around.  I am going to use my special technique of not thinking about it, to avoid sadness.  And again, we are adjusting to bigger things right now.  So I am sort of grateful that his death happened at a time when I wouldn’t be able to get too upset.
Goodbye Willy, old friend.