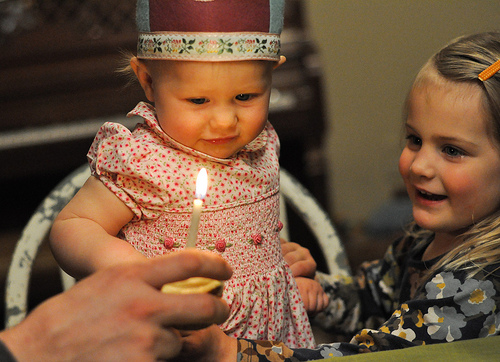 So we celebrated ten days late.  I don’t think Bea noticed.  I was too sad on her birthday, and ever since then I have been waiting for the perfect day, and I’ll admit, I was wanting good light for pictures.  I had to give up on that one.  It has been overcast all week, and we ended up celebrating after dark anyway. 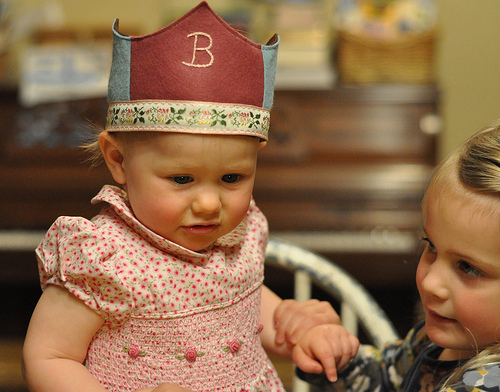 Larkspur was right by Bea’s side like a good big sister, holding her hand so she wouldn’t try to touch the flame on her birthday candle. 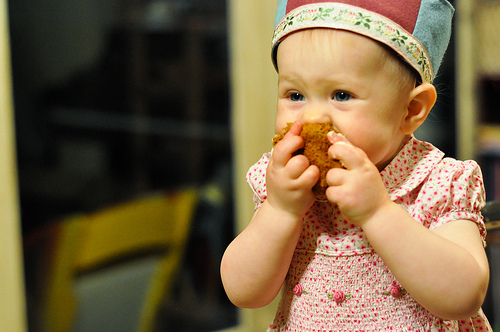 My new thing this past year has been cupcakes rather than layer cakes for birthdays.  They are just simpler and still so yummy.  Traditionally my kids get carrot cake for their first birthdays.  Beatrix, being a fall baby, got pumpkin cupcakes. 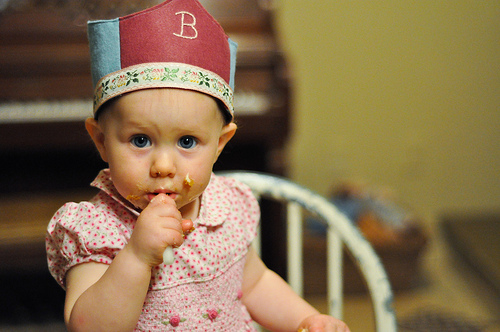 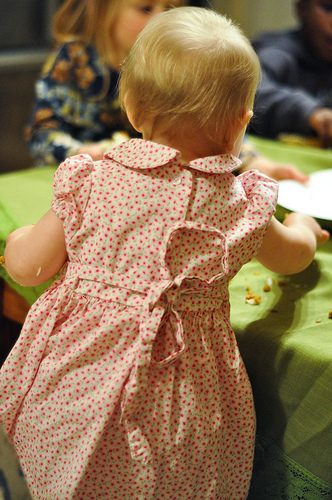 I originally planned to make Bea a birthday dress, but then decided to dress her in Larkpur’s first birthday dress instead.  It’s not homemade (the theme of Bea’s birthday was everything homemade) because I didn’t sew back then, but so special to see it on my second daughter.  I like noting the similarities and the differences between my girls.  Larkspur was still totally bald on her first birthday; Beatrix has a bit of hair. 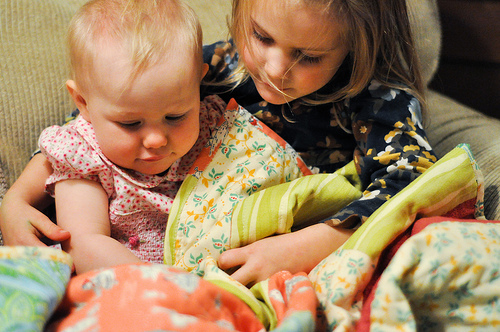 Larkspur also “helped” Beatrix to enjoy her gifts, a quilt made by Keats and I, and two felted knit balls. 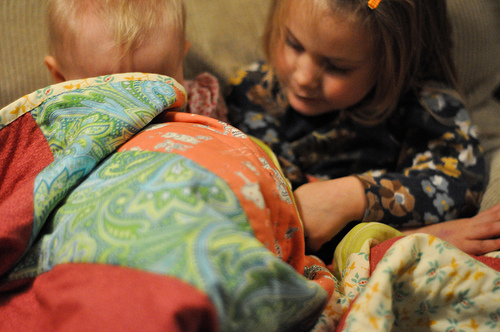 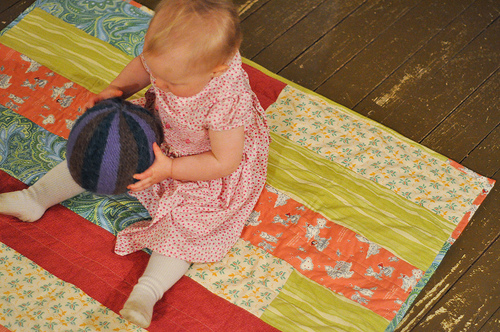 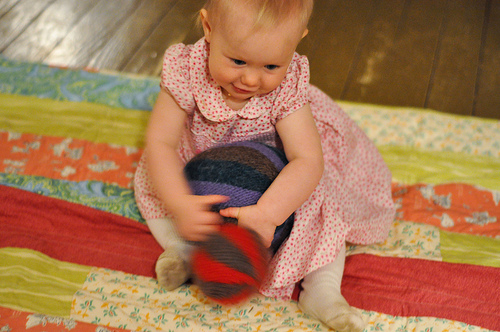 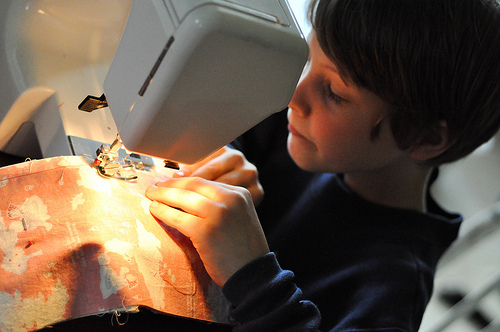 I am serious about the fact that Keats made this quilt almost entirely by himself.  He chose the fabric combination, made the cuts with my guidance, and then pieced it all together with the sewing machine.  I helped to make the quilt sandwich, and then he did the quilting. 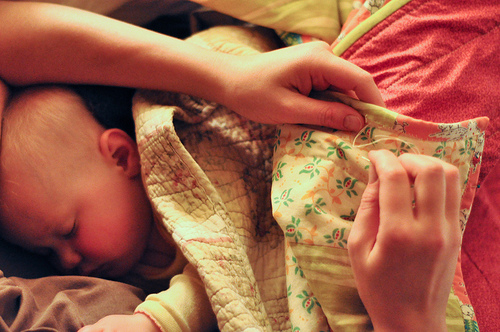 I sewed the binding on while lying in bed with the birthday girl tucked under my arm.  This will always be a special quilt.  I learned a lesson too.  When Keats told me that he wanted to make a quilt my first impulse was to say that he couldn’t.  I had never quilted before and he is six years old.  But, I am so glad I said, “yes, we’ll figure it out together.”  Sometimes you just have to jump in and try.**Oh yeah- the birthday crown I copied exactly from The Creative Family, and the quilt pattern is from Bend the Rules Sewing.