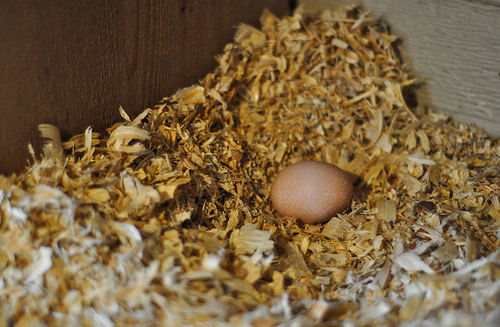 Today was a cold, rainy day; not nearly as lovely as yesterday on many levels.  However, when I went out to make an “egg check” mid morning I was rewarded with the sight of a beautiful, wee, speckled brown egg.  I didn’t touch it, but went racing back to the house to get the kids yelling towards Jonny’s office on the way that we had our first egg.  The kids went bananas.  It was actually sort of ridiculous.  There was a lot of screaming as everyone scrambled to pull on their shoes.  We headed back out to the coop as a group so that each child could see our prize. 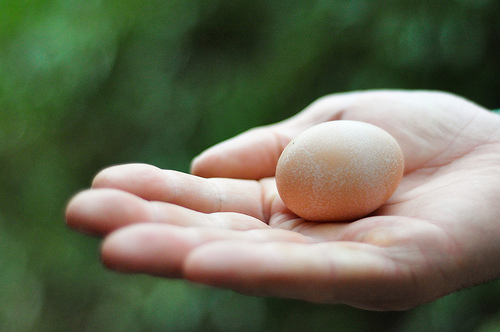 Then of course everyone wanted a turn holding the egg.  Daddy first. 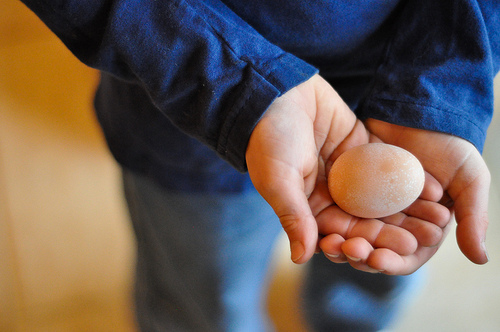 Funny because everyone wanted a picture of themselves holding the egg too. 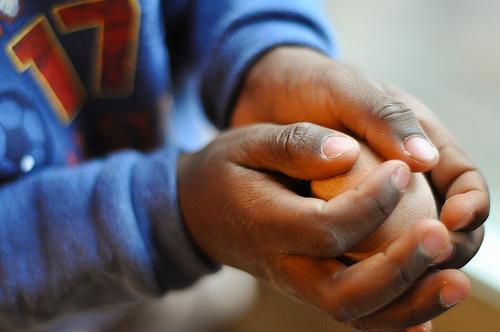 I warned you that when the eggs started arriving I would be posting lots of pictures of them.  There would have been more today but the light was really terrible and my camera didn’t like it. 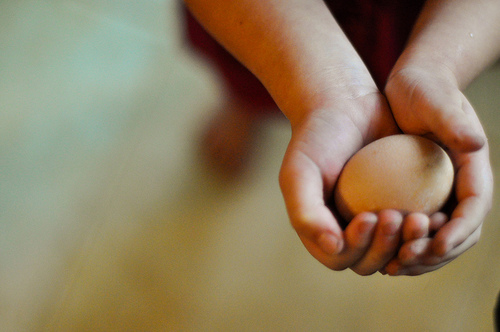 Larkspur was hilarious because she kept yelling at the other kids to be careful with the egg or else the baby chicken would fall out of it.  She talked non stop about the baby chick that must be residing inside just waiting to pop out.  I can just imagine the excitement there will be if we let our hens hatch chicks next year.  If they get “broody” we plan to. 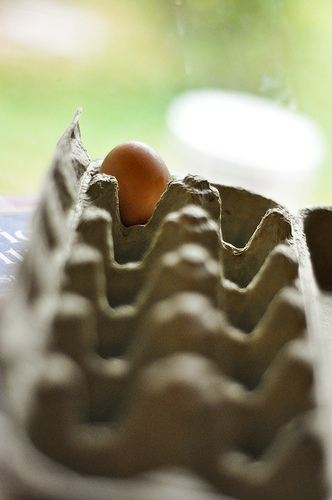 Hopefully this little guy will be joined by another egg (or more) tomorrow!  I’m not sure who laid this one.  When I opened the nest boxes from the outside there was a barred rock hen in the box with the egg.  However, when we went back to see the egg, minutes later, there was a golden comet in the box and the egg had been pushed to the floor.
If you are new to the blog and want to tour the chicken coop, you can see it HERE.  Comments on that post are soooo welcome because they make Jonny really happy.  You know how men are 🙂